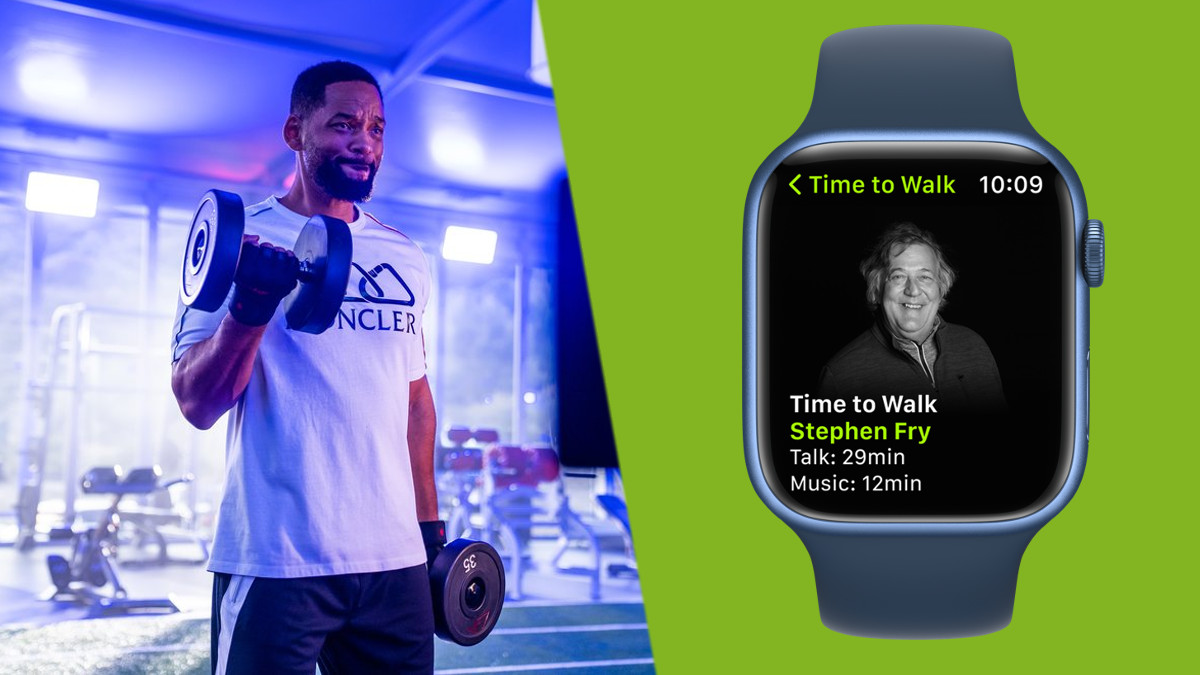 Apple Fitness Plus and Fitbit Premium are fighting for your loyalty, and have enlisted some big celebrity names to right their respective corners. Fitbit has released a new set of intense workouts led by Will Smith, while Apple has launched a new Time to Walk broadcast featuring words of wisdom from Stephen Fry if you want something more gentle.

The coronavirus pandemic led to a surge in home fitness, as gyms closed their doors and people looked for alternative ways to stay in shape. Fitbit, Peloton, Les Mills, Apple, and Amazon are just a handful of the brands hoping to get you sweating in your living room, and the biggest brands are aiming to win you over with familiar names and faces.

Fitbit started experimenting with celebs in February 2021, when it launched a series of stress-busting mindfulness sessions led by meditation expert Deepak Chropra. These classes are exclusive to Fitbit Premium subscribers, so only those paying $9.99 / £7.99 / AU$14.99 per month have access.

Fitbit has now followed this up with a series of six workouts and stress-relief classes led by the Fresh Prince himself, Will Smith. StrongWill requires no special equipment beyond a sweat towel, and includes a mix of bodyweight strength training, HIIT, yoga, and cardio training.

Not to be outdone, Apple has released a new set of celebrity-led Time to Walk sessions, including words from veteran actor Stephen Fry. It’s a much more sedate experience, with Fry recalling his discovery of the life and works of Oscar Wilde while you wander the streets filling your Apple Watch’s activity rings.

Apple Time to Walk, which launched in January 2021, has always focused on celebrities. The app invites you to get up from your desk, and take a stroll while listening to stories from actors, singers, athletes and authors on your Apple Watch.

If Fry and Smith aren’t your ideal workout buddies, you’re likely to have a lot more choice soon. In September, Amazon launched its own exercise subscription service, Amazon Halo Fitness, and as the second-biggest company in the US, it has the clout to enlist some A-list trainers.

So far, the main advantage of Halo Fitness is its price – just $3.99 (about £3 / AU$5) per month – but Amazon could make it even more appealing by adding a little Hollywood glamor. It’s certainly not short of contacts, thanks to Amazon Prime and Music, and would have little trouble finding stars to lead some workouts.

We’ll be keeping a close eye on Amazon Halo Fitness for celebrity-led sweat sessions – and they might arrive sooner rather than later. Apple will launch more Time To Walk stories very soon, and Fitbit is planning to release a new set of StrongWill sessions in 2022, so Amazon will have some catching up to do.

Cat Ellis is the fitness and wellbeing editor at TechRadar. She’s been a technology journalist for 11 years, and cut her teeth on magazines including PC Plus and PC Format before joining TechRadar. She’s a trained run leader, and enjoys nothing more than lacing up her shoes and hitting the pavement. If you have a story about fitness trackers, treadmills, running shoes, e-bikes, or any other fitness tech, drop her a line at catherine.ellis@futurenet.com.