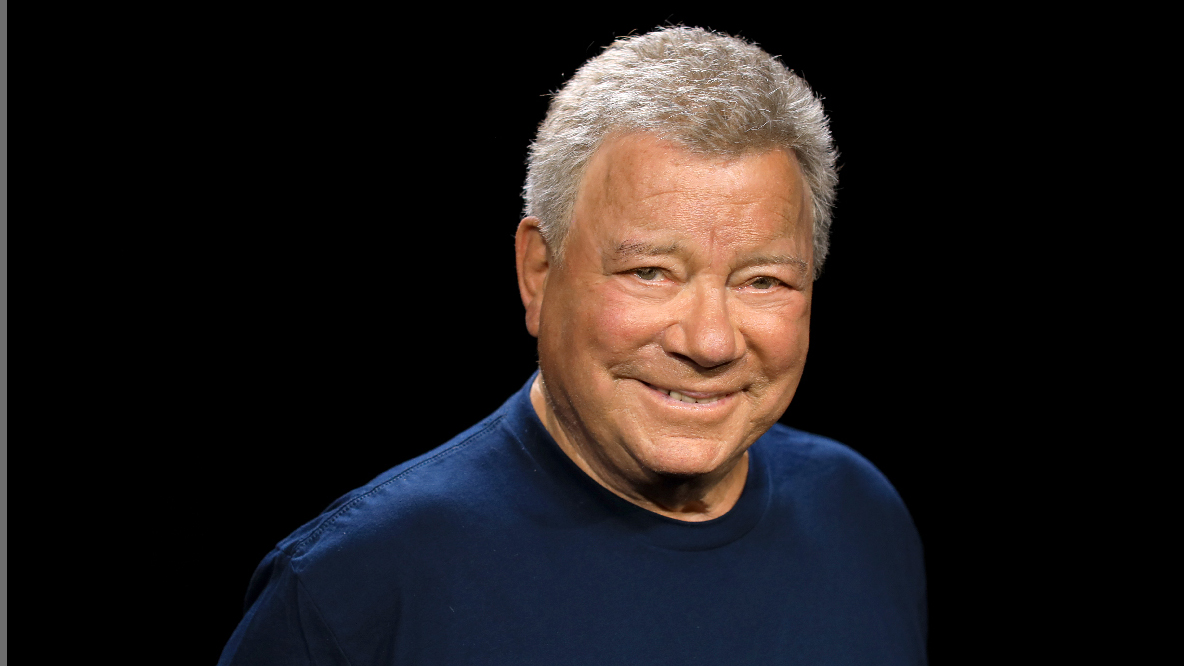 Famed “Star Trek” actor William Shatner is hoping to see magnificent views of Earth from space on his launch with Blue Origin this week. He just hopes the gremlins stay away.

“I plan to be looking out the window with my nose pressed against window,” Shatner said in a video released by Blue Origin featuring an interview with the actor and the company’s Audrey Powers, who will also launch on the flight. Liftoff is set for 9:30 a.m. EDT (1330 GMT) on Wednesday (Oct. 13) from Blue Origin’s Launch Site One near Van Horn, Texas.

“The only thing I don’t want to see is a little gremlin looking back at me,” Shatner added with a smile, apparently referring to the iconic 1963 episode of “The Twilight Zone” called “Nightmare at 20,000 Feet.” In that episode, Shatner portrayed a frantic passenger on a commercial flight who sees a gremlin on the wing of the plane.

Shatner and Powers, Blue Origin’s vice president of mission and flight operations, will launch on a suborbital trip to the edge of space and back on the company’s New Shepard spacecraft rocket and crew capsule. They’ll fly with two paying passengers — Chris Boshuizen, co-founder of the Earth-observation company Planet, and Glen de Vries, co-founder of the medical software company Medidata Solutions — on a mission that should last about 11 minutes and include four minutes of weightlessness. Their capsule will return to Earth to make a parachute landing while its rocket booster will land itself separately.

The flight, called NS-18, is Blue Origin’s second crewed spaceflight and comes nearly three months after the company’s first human launch, which sent its billionaire founder Jeff Bezos and three others to the edge of space and back on July 20.  For this flight, Shatner and Powers are reportedly flying as guests of Blue Origin.

Powers said she wasn’t sure what she was excited for more: launching into space with Captain Kirk of Star Trek or flying with lawyer Denny Crane of Boston Legal, both roles portrayed by Shatner.

“I plan to be spending the majority of my time looking out the window,” she said.

Shatner said he hopes to use his experience to write a new song about his love of Earth to be included on his next album. His most recent spoken word album “Bill” was released last month.

“The next album is going to be about love,” Shatner said in the Blue Origin video. “And I want to write about my love of Earth having seen it in a milieu of hostile space, to see this gem, this warm loving, nourishing planet.”

Tariq is the Editor-in-Chief of Space.com and joined the team in 2001 as a staff writer, and later editor, covering human spaceflight, exploration and space science. He became Space.com’s Managing Editor in 2009 and Editor-in-Chief in 2019. Before joining Space.com, Tariq was a staff reporter for The Los Angeles Times. He is also an Eagle Scout (yes, he has the Space Exploration merit badge) and went to Space Camp four times as a kid and a fifth time as an adult. He has journalism degrees from the University of Southern California and New York University. To see his latest project, you can follow Tariq on Twitter.