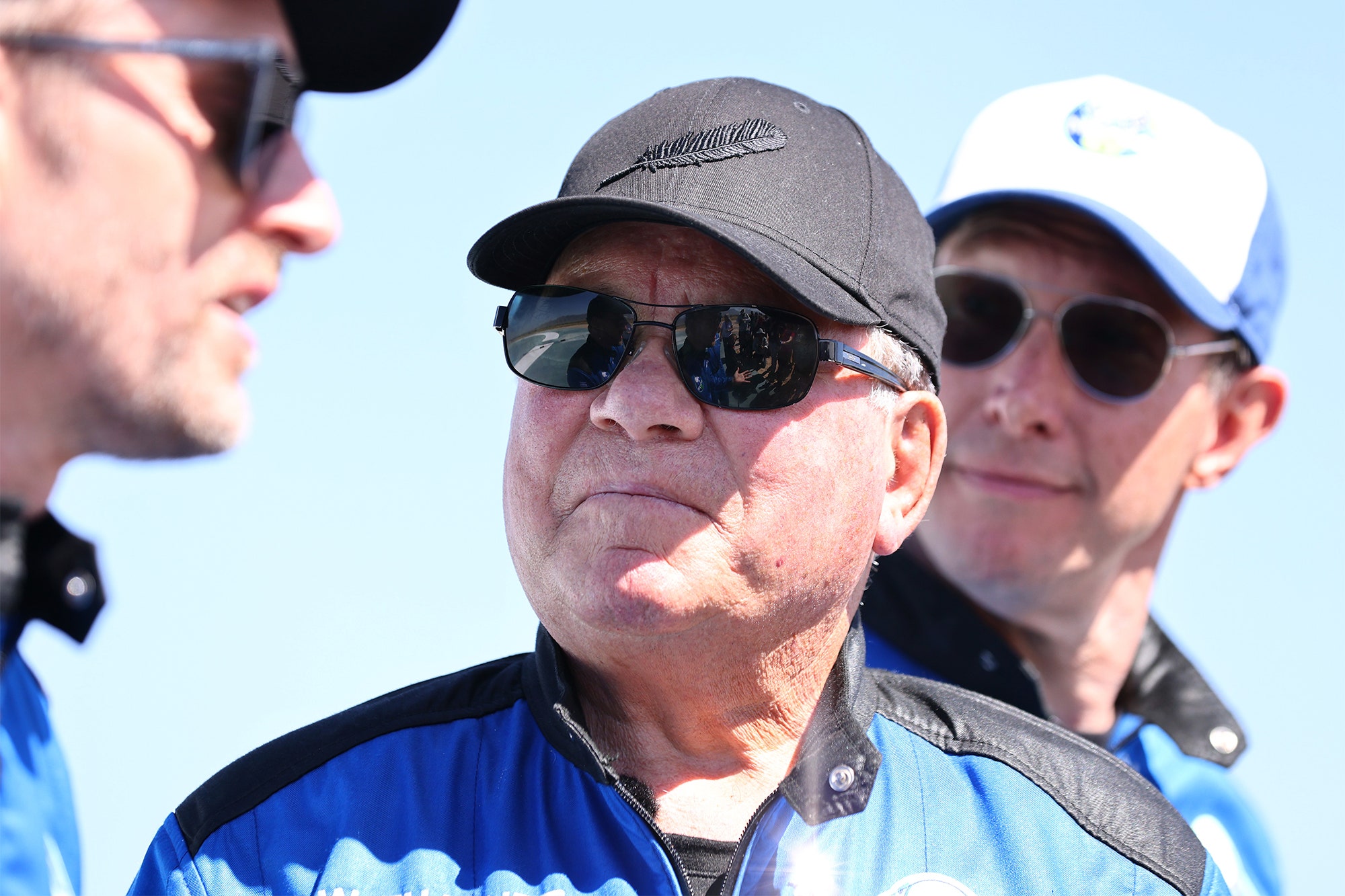 Actor William Shatner rode a rocket into the sky today, and in doing so he broke a record. Oldest man in space! “I wish I had broken the world record in the 10-yard dash, but unfortunately it was how old I was,” Mr. Shatner told the BBC at the postgame presser. In all fairness, he is also the first and longest-running Captain Kirk in space.

Shatner got the gift of seeing Earth from up there but he also lent his face to space—specifically Jeff Bezos’s Blue Origin. He is the first celebrity face of space that can vouch for the product (no disrespect to Lance Bass), and that product can now be sold to other wealthy people. One can reserve a seat.

So, yes, Shatner’s inclusion is a brilliant marketing turn for the billionaire’s side endeavor, but, as Bezos himself noted on Instagram today, it’s also about Bezos and his childhood dreams which were so informed by Star Trek—a true vanity project.

“I made these tricorders and communicator to play Star Trek with my friends when I was 9 years old,” he writes. “And my incredible mom saved them for 48 years. She dug them up this past week, and @WilliamShatner has agreed to take them up into space for me tomorrow. Please don’t judge me for the artwork. Thank you, Bill!”

And no matter how funny it might seem, sending Captain Kirk up and back in the time it takes to place an order for toilet paper on Amazon to satisfy our billionaire overlord, Shatner is certainly brave for this. Just a couple of weeks ago, nearly two dozen former and current employees signed an open letter about the sexism and, most terrifyingly, of safety issues at Blue Origin. “At Blue Origin, a common question during high-level meetings was, ‘When will Elon [Musk] or [Richard] Branson fly?’ Competing with other billionaires—and ‘making progress for Jeff’—seemed to take precedence over safety concerns that would have slowed down the schedule.”

It suggests this space race could have more in common with the Titanic than with the original space race—more ego and superlatives and apparent strictly formed class boundaries and gendered ones too. It was giving, according to The Washington Post, “authoritarian bro culture.” For it’s part, Blue Origin has said, “We hold safety as our highest value. Period.”

Like Bezos, Shatner sees something more profound in it all. He wondered aloud if the experience of going from blue sky to black space is what dying feels like. He asked nobody in particular, “Is that what death is?”

— Inside Anthony Bourdain’s All-Consuming Relationship
— The Tortured History of the Royal Spare
— Behind Carolyn Bessette-Kennedy’s Timeless Wedding Dress
— Gabby Petito and the Queasy Effects of Real-Time True Crime
— The Real Housewives and the Anti-vaxxer
— Love Is a Crime: The Rise and Fall of Walter Wanger’s Cleopatra
— Shop Meghan Markle’s New York City Trip Looks
— The R. Kelly Guilty Verdict Was Nearly 30 Years in the Making
— From the Archive: Carolyn Bessette-Kennedy, the Private Princess
— Sign up for “The Buyline” to receive a curated list of fashion, books, and beauty buys in one weekly newsletter.