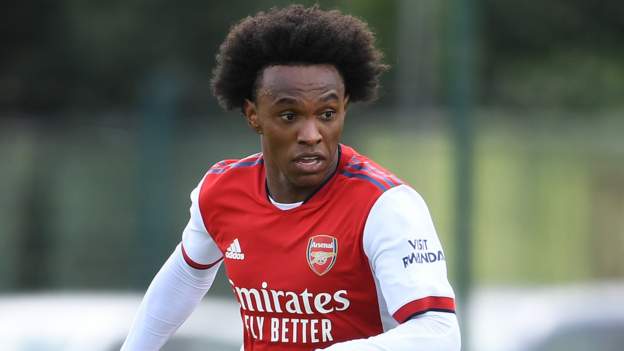 Arsenal are working on a mutual agreement to terminate Willian’s contract before a free transfer to Brazilian club Corinthians.

The deal could save the Gunners millions of pounds as the Brazil midfielder still has two years left on a three-year contract, reported to be worth more than £200,000 a week.

He made 25 league appearances last season but is yet to feature this term.

Before Arsenal’s 5-0 defeat by Manchester City on Saturday, Gunners boss Mikel Arteta said he “didn’t know” why Willian’s time at the club had not been more successful.

Negotiations will continue between Arsenal and Willian’s representatives before the transfer deadline on Tuesday.