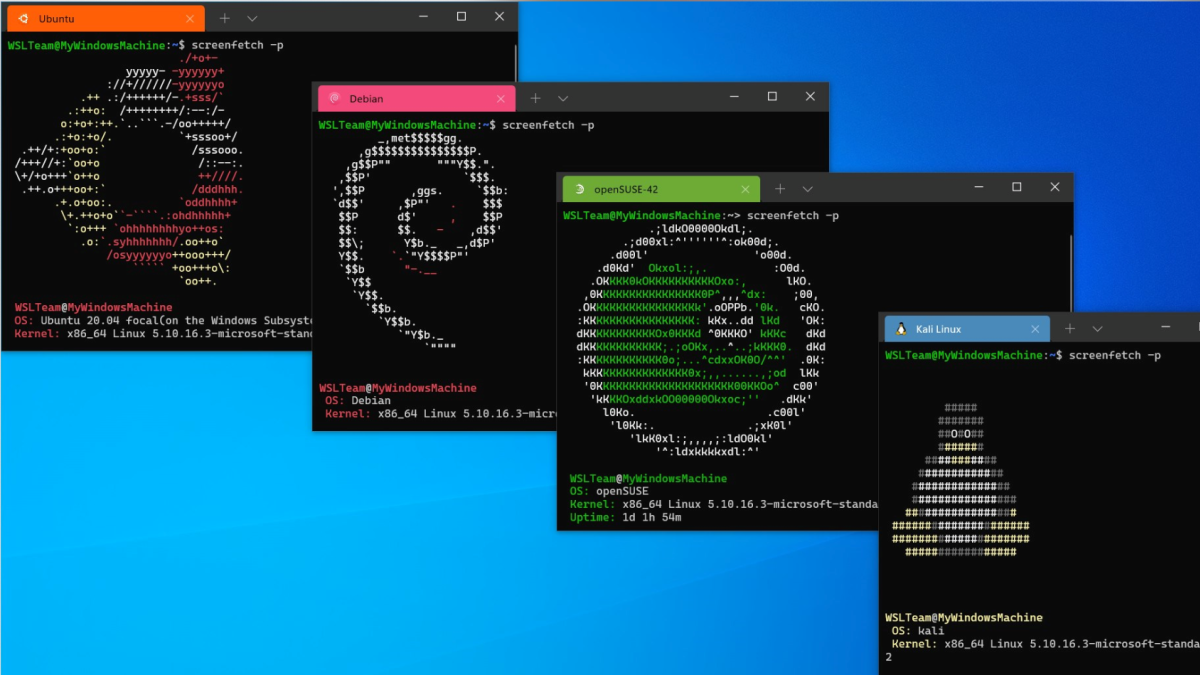 Windows 11 includes the Windows Subsystem for Linux (WSL), just like Windows 10 did before it. But that’s the problem—whenever Microsoft adds new features to WSL, they have to wait for a big Windows operating system update to reach users. Microsoft has a preview feature to speed this up.

Windows 11 still has WSL software that you can install in the traditional way. It’s built into Windows 11 as an optional component of the Windows operating system. New WSL features can’t be delivered to WSL users as soon as they’re ready—they have to wait for a big update to Windows. For example, GPU Compute has been ready for a while, but it will only arrive on stable versions of Windows 10 with the release of the 21H2 update in fall 2021.

On October 11, 2021, Microsoft announced a big change: WSL will now be distributed via the Windows Store on Windows 11. You can install a preview of WSL from the Store on Windows 11. Most importantly, WSL can then be updated through the Store, ensuring users can get the latest features as soon as they’re ready without waiting for big Windows Updates.

Craig Loewen, a Program Manager for the Windows Developer Platform at Microsoft, announced the change and explained the philosophy on Microsoft’s blog:

This change moves those binaries from being part of the Windows image, to instead being part of an application that you install from the Store. This decouples WSL from your Windows version, allowing you to update through the Microsoft Store instead. So now once new features like GUI app support, GPU compute, and Linux file system drive mounting are developed, tested and ready for a release you will get access to it right away on your machine without needing to update your entire Windows OS, or going to Windows Insider preview builds.

The preview version of WSL in the Store has a few new features and commands, so check out Microsoft’s blog post or the below video for more information.

How to Get the WSL Store Preview

Microsoft will continue supporting the built-in version of WSL on Windows 11, but the Store version will likely receive new features faster. Loewen wrote that Microsoft will be “data driven” about decisions to potentially remove WSL from a future release of Windows in the future.

In other words, Windows 12 might not have WSL built-in. If so, it’ll be right there in the Store, and it’ll be better.