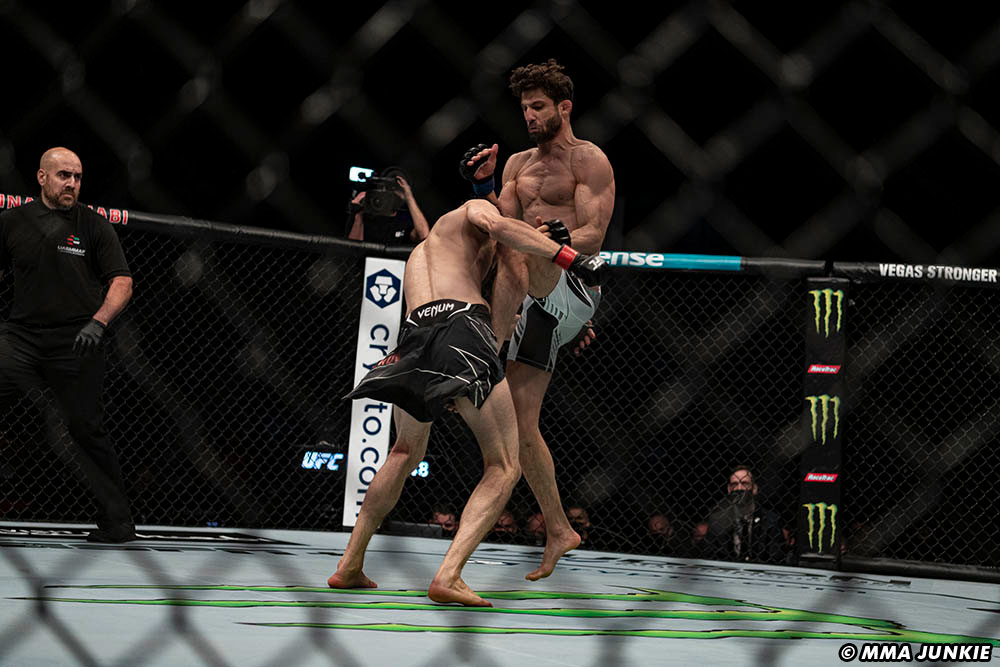 
Jake Hadley has drawn a new opponent for his UFC debut.

Francisco Figueiredo has been forced out of UFC Fight Night on March 19 and Allan Nascimento (18-6 MMA, 0-1 UFC) will step in to face Hadley (8-0 MMA, 0-0 UFC) on the rumored London card.

Two people with knowledge of the booking informed MMA Junkie of the change Friday. They asked to remain anonymous since the promotion has yet to make an official announcement.

Hadley secured a UFC deal when he submitted Season 29 “Ultimate Fighter” alum Mitch Raposo at Dana White’s Contender Series 43 this past October. But Hadley’s signing didn’t come without a bit of controversy. The unbeaten former Cage Warriors champion weighed in one pound over the flyweight limit and allegedly was unnprofessional toward some of the UFC staff, causing issues behind the scenes. But UFC president Dana White decided to sign him anyway.

With the change, the UFC Fight Night lineup for March 19 includes: