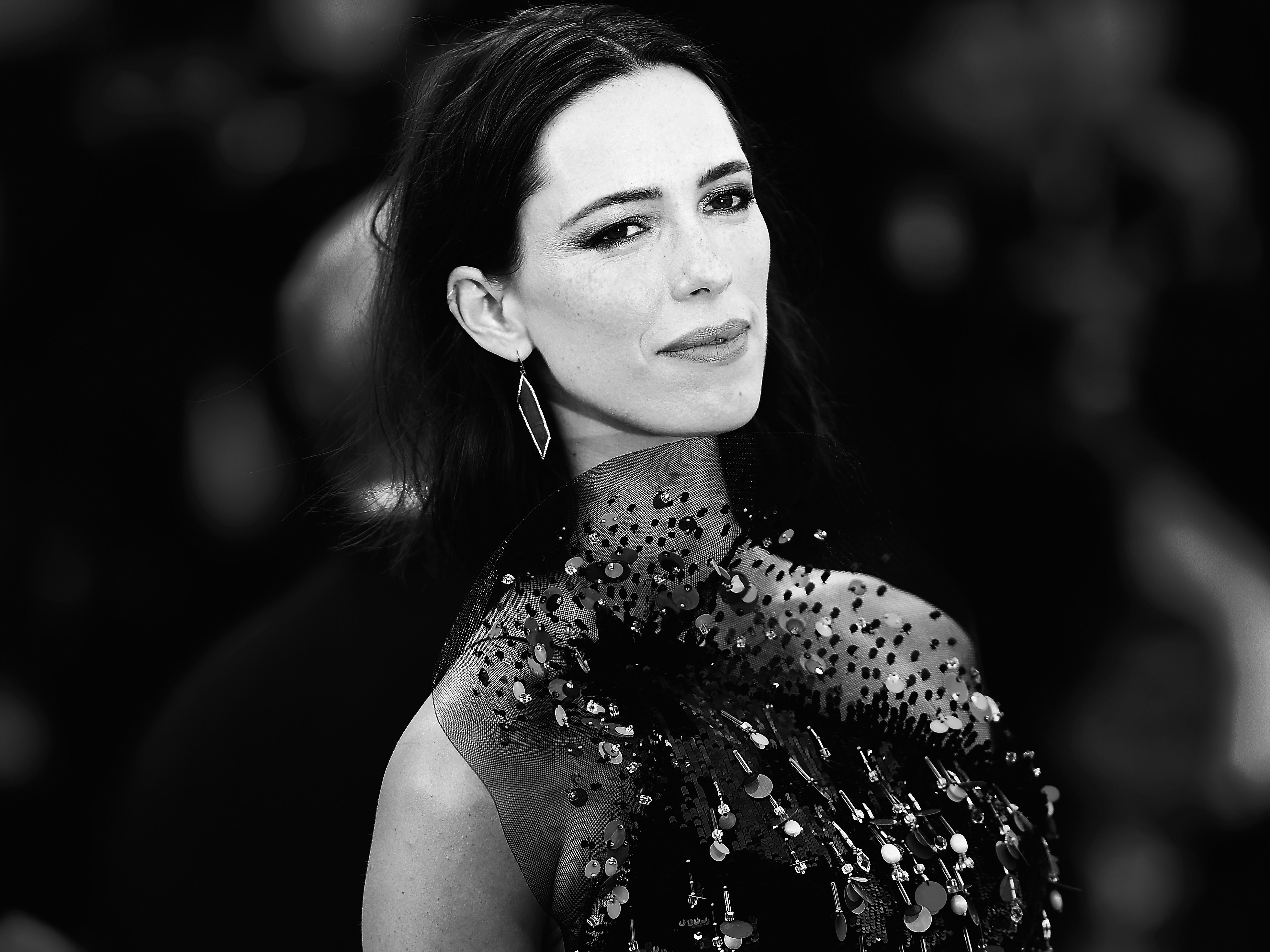 The elucidation of a family’s history, like the history of a nation, is never straightforward or simple. The truth is stated baldly and then denied, hedged or partially retracted. The same stories somehow become less and less clear with each repetition. Clarity is elusive, and perhaps its pursuit is even unkind—why probe something so delicate as the past? And when it comes to questions of race, what answers could ever be satisfying?

My mother, Maria Ewing, was born in Detroit in 1950. Her father worked as an engineer at McLouth Steel in the city, and was also an amateur painter and musician. It was in part his love of music that propelled her to leave home at 18 and, in an improbably rapid fashion, transform herself into an international opera star. My father, Peter Hall, was born in Suffolk, the child of the local stationmaster. He went on to found the Royal Shakespeare Company and forge his way as one of the most significant British theater directors of the late 20th century. Both products of working-class backgrounds, my parents each became part of a global cultural elite, and both of them thoroughly reinvented themselves in order to do it.

Growing up with my mother—now the former Lady Hall—in the English countryside, there was always some mystery around her background. Within the opera community, she was spoken about as “exotic.” When I looked at my mother, I always, my whole life, thought she looked Black. But there was no factual basis for that, and it was a tricky subject. When I asked questions such as, “Your father, maybe he was African American? Was he Native American? Do you know anything?” she just couldn’t answer with any degree of certainty. Not wouldn’t—she couldn’t. She simply didn’t have any hard information. She knew that things were hidden, that she didn’t know any of his family members, that she just didn’t understand certain things. To an extent, I think she had accepted a degree of vagueness about her own identity. Maybe, for her, that vagueness, that mystery, was simply part of her lineage, something that she had no choice but to accept. And as someone who lived in circumstances that were quite distant from those she grew up in, maybe that vagueness was even useful, an infinitely pliable substance out of which to build a bridge between her old life and her new one.

To think about this sort of stuff as a young adult living in Britain was confusing. I was a working stage actor in my early 20s, and I was inescapably Peter Hall’s daughter. Fairly, of course, since much of my early work was with him, but in some way it made asking the kinds of questions I was curious about when it came to my mother’s family seem almost irrelevant. What difference would solving this mystery make? My father was a Sir, a British institution in and of himself, and nothing I might discover would change the fact that in the eyes of the world, I was a Hall first and foremost. Did anything so relatively insignificant as my grandfather’s ethnicity even matter?

The answer I came up with to that question oscillated frequently between yes and no. But given that I seemed to have no way of probing my mother or her sisters further than I had—I let it lie. That is, until I started to spend more time in America. In America, I was a film actor. My father’s name didn’t mean nearly as much. Like many a Brit living in the States, I discovered that I had a chance to define myself against a different set of assumptions and expectations, and that was, in a way, quite liberating. At the same time, living there forced a particular confrontation with my instincts about my heritage. I rented my first apartment in New York in 2008, the same year Barack Obama was elected president. Narratively, it was cast as a redemptive moment for a country that, over the course of its relatively short history, had gone from being a slave state to an apartheid state to… whatever it is now, which clearly isn’t the fulfillment of any kind of truly egalitarian destiny. That history of enslavement is fundamental to the nation’s story about itself, and as someone exploring my American half, it suddenly seemed irresponsible not to understand whether it figured in my own.

Maybe it’s because I was older, or maybe because her own memories had been stirred by something, but at this point, my mother started to tell me stories about specific incidents of what I could only understand as truly ugly racism towards her, her father, and her family, from neighbors and other people in her life; incidents which she had always struggled to comprehend, or maybe even relate to since her own identity was as indeterminate then as now. But even if I was getting more detail, it was always out of context, tiles of a long-destroyed mosaic found in a ruin. Those fragments did, however, largely confirm what I’d guessed about her father: that he’d been something other than white. But again, what did that mean for me?

The only way I knew how to even approach this particular tangle was to do what I had previously avoided: talk about it. Increasingly, I would tell people about my mixed-race heritage and refer to my mother as biracial, or as she would put it, “probably a little mixed.” The reactions would range from mild intrigue to surprise, to outright incredulity, which I often felt I had no choice but to go along with.

Around this time, a friend I’d been speaking to suggested I read Passing, the 1929 novel by Nella Larsen about two Black friends and the tension that arises between them when one, Clare Kendry, chooses to pass for white, while the other, Irene Redfield, does not. The shock of recognition I felt was deeply moving. On a basic level, I finally had language for the elusive something I’d been trying to get to the bottom of. Prior to encountering this novel, I am embarrassed to say I didn’t even know there was a word that described what my grandfather and so many other Black people did in order to change position in America’s violent racial hierarchy. I was so moved by the emotional cost and complications described in the book that I sat down and wrote my adaptation almost immediately after finishing it, mostly as a way to sit longer with something that was so unexpectedly enlightening. I would go on to direct the subsequent film, starring Ruth Negga as Clare and Tessa Thompson as Irene, which is released this month.

I knew when I read the novel, in some distant way, that my grandfather must have passed for white, but it seemed like the ending of a story, rather than the beginning of one. In retrospect, I think I accepted that any African-American lineage in my family ended with him, that beyond his strategic performance lay only the mask he had chosen to wear. But as I considered my mother’s life—growing up in an atmosphere of secrecy in which her father’s darker-skinned siblings could visit only after sundown, witnessing the racist humiliation of her father and her family upon the neighbors’ discovery of his “true” identity—it became clear to me that his decision, for which I have nothing but empathy, had resonances that went beyond his own life. Many family dynamics that I had always seen as more or less psychological in origin began to appear much more socially and economically determined.

What is the emotional legacy of a life lived in hiding? It is a question I hope anyone who watches my film will consider. One of the obvious consequences of my grandfather’s choice is that my mother also passed, though unlike her father she did so without much volition. Instead of inheriting his history (which, as it happens, is a truly extraordinary story of genius and resilience that goes back to the American Revolution, in which my many-times-great grandfather Bazabeel served as one of only a few thousand Black soldiers on the American side), she inherited his denial of that history, and she honored her father as any child would. She also passed that denial on to me.

When all is said and done, who am I? What am I? To quote Brian, Irene’s Black husband in Passing, “If I knew that, I’d know what race is.” I am a Hall, of course, an heir to that tradition and that name. But I am equally a Ewing, the surname of my mother, her father Norman, his father, John William, and John William’s father, the white farmer who owned his enslaved mother. And what about race? To the best of my knowledge, race is a fiction created by structures of exploitation that required it, and perpetuated by a system that still does. But that is an abstract answer to a very personal question. Maybe the truest answer is that I am, in some permanent way, passing. Maybe I always will be. I cannot choose how I present, but I can choose to honor my family’s history, and I hope that, with this film, I have begun to do so.

Passing is in select theaters now, and available on Netflix November 10.