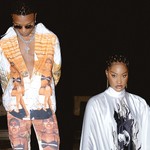 “Essence” secures Wizkid’s first Adult R&B No. 1 on his third appearance. He previously registered with a featured role on Drake’s “One Dance,” also with guest Kyla, which rose to No. 17 in 2016 and alongside Beyonce and SAINt Jhn on “Brown Skin Girl,” featuring Blue Ivy Carter, which peaked at No. 23 in 2019.

Thanks to its new coronation, “Essence” completes a dual-format victory in the R&B/hip-hop world. The single had already proven popular with listeners in the mainstream demographic, as it spent four weeks at No. 1 on the Mainstream R&B/Hip-Hop Airplay chart beginning with the chart dated Sept. 11. Though it’s since ceded the top rank to Drake’s “Way 2 Sexy,” featuring Future and Young Thug, “Essence” has actually continued to gain in the last weeks, posting a 1% improvement in plays in the week ending Oct. 3 and a further 7% boost in the most recent tracking week, ending Oct. 10.

Beyond those placements, “Essence” maintains near-highs on the Rhythmic Airplay chart, with a minor net gain in weekly plays despite retreating 2-3 on the current chart. It continues upward progress on Pop Airplay, with a 27-25 bump after a 17% surge in weekly spins.

Positive signs at radio overall help “Essence” score a milestone achievement, as the song enters the top 10 on the Billboard Hot 100 for the first time thanks to an 11-10 ascent.