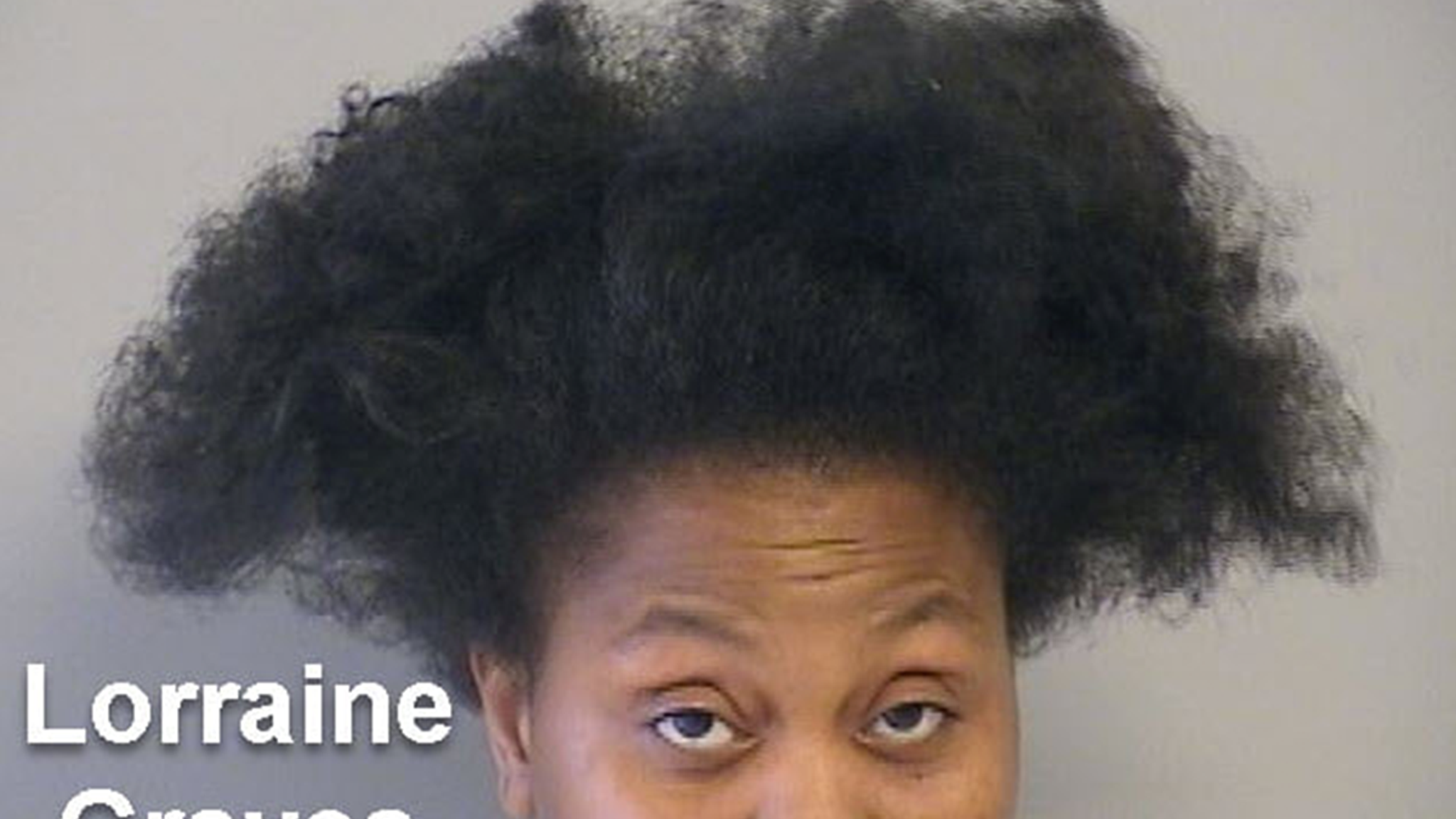 Tulsa’s ‘Most Wanted’
Woman Gets Herself Busted …
After Asking on FB Post About Reward Money!!! 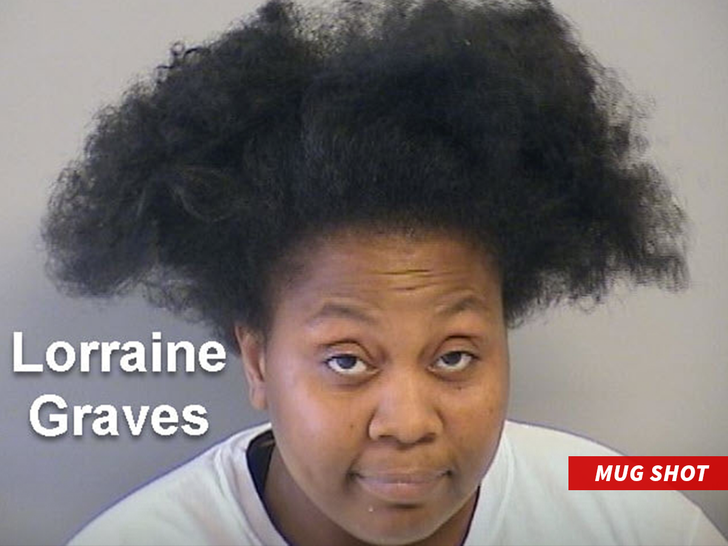 If the show “America’s Dumbest Criminals” is ever revived it’s got prime content courtesy of a woman in Oklahoma who got herself arrested after commenting on Tulsa PD’s “Most Wanted” Facebook post … about her whereabouts.

So, here’s the deal, Tulsa PD posted Lorraine Graves as the “Weekly Most Wanted” for accessory to murder in a homicide that went down earlier this year. Graves’ comment was about the reward money. She asked, “What’s where’s the reward money at.” Not smart. 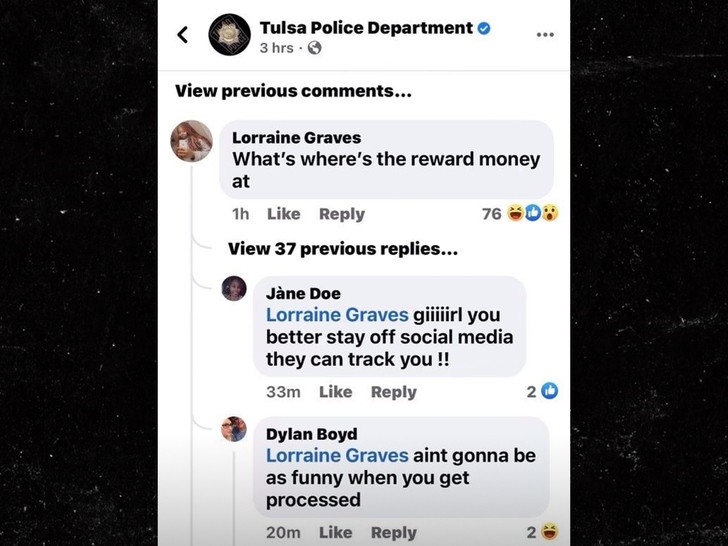 The post was quickly flooded with comments from others … including a woman who said, “Giiiiirl you better stay off social media they can track you!!” A man responded, “Ain’t gonna be as funny when you get processed.” The post drew around 1,200 comments.

The day after the post … cops say detectives tracked down Graves and arrested her and charged her with accessory to murder. Her bond’s been set at $500k. 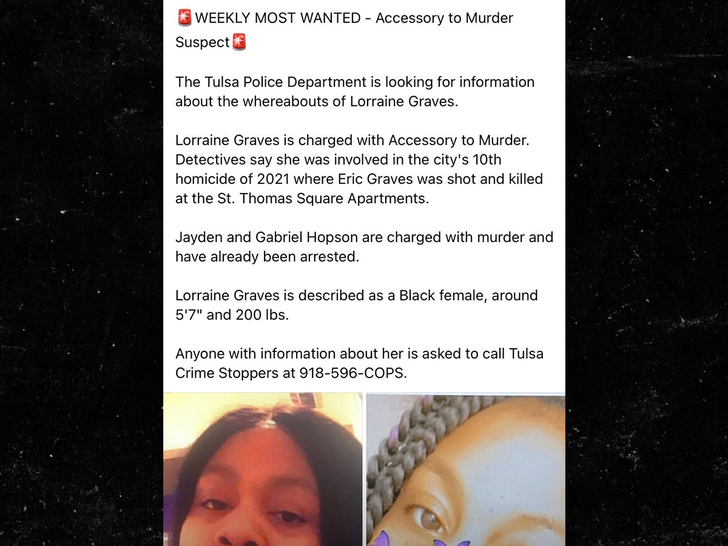 Two other suspects had previously been arrested earlier this year and were reportedly hit with murder charges for a shooting that killed a 30-year-old man at an apartment complex. 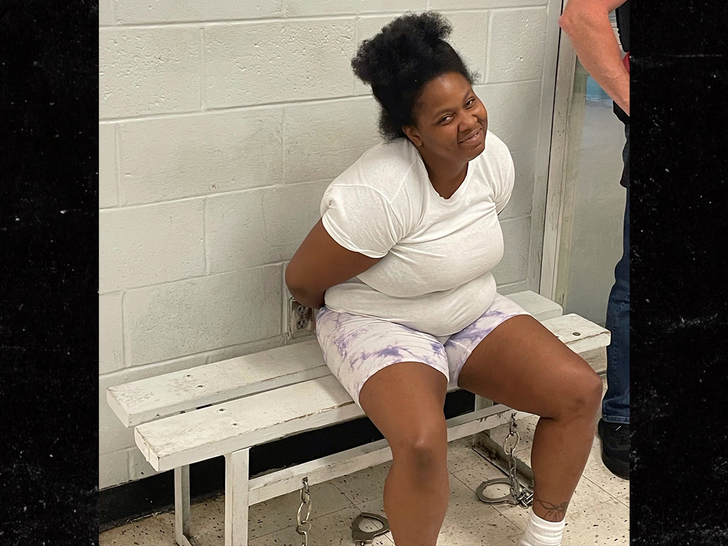 As for the reward money … there was a Facebook commenter wondering the same thing because the person asked, “Well did she get her reward money[?]” Guessing, hell no.