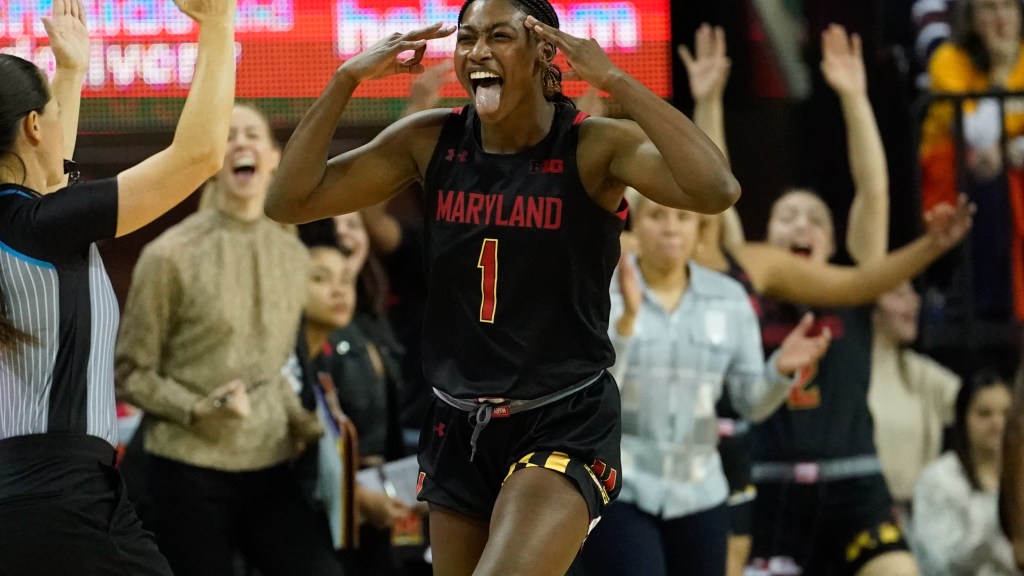 The 2022-23 season is off and running. As we reach Feast Week and the holiday tournaments, there’s already a lot to dig into.

If your head is spinning and you need to get up to speed with all things women’s college basketball, you’ve come to the right place.

Just in time for the Thanksgiving holiday, our NCAAW team of Cole Huff and Mitchell Northam give a rundown of which players and teams are already standing out in a positive way, which are off to surprisingly slow starts, some of the early season’s most memorable performances and what to watch for in the near future.

No Paige Bueckers? No problem.

Some folks thought that UConn might take a step back this season – and perhaps see its streak of 14 consecutive Final Four appearances come to an end – because it would be missing one of the best players in the country. As it turns out, that pesky Geno Auriemma is a pretty good recruiter, and the Huskies look like a team that is perfectly capable of contending for a national championship.

UConn is off to a 3-0 start this season and has a pair of wins over teams that were ranked in the top 10. The Huskies’ early success is largely due to Fudd, who looks like an All-American as a sophomore. Last week, she scored 32 points in back-to-back games in wins over then-No. 3 Texas and then No. 3 N.C. State. Between those two performances, she shot 10-of-21 from 3-point land for a 47.6% clip. At 30 points per-game, she’s second in the nation in scoring. As long as Fudd is healthy this season, we can’t count UConn out.

The Tigers landed arguably the nation’s best transfer this past summer when Angel Reese departed Maryland, hit the portal and ended up in Baton Rouge. So far, the returns on this move are OUTSTANDING. For one, LSU is undefeated and looking like a team that could end up playing during the final weekend of the NCAA season. More impressively, however, Reese is averaging 23.2 points, 15.6 rebounds, 2.8 assists, 2.6 steals and 2.0 blocks through five games — all of which are career highs.

The sophomore forward could end up on the shortlist of Player of the Year candidates come Spring of 2023 if her jaw-dropping performances coincide with team success.

Angel Reese is making her presence known. She finished the game against Houston Christian with a monster night of 29 pts, 16 rebs and 2 blks. @Reese10Angel @LSUwbkb pic.twitter.com/hdcVDg5YJe

I know what you’re thinking, but yes, even the powerhouse of a college basketball program that resides in Connecticut is performing above expectations. There were some questions about exactly how good they would look without superstar guard Paige Bueckers, who suffered a torn ACL over the summer. But Geno Auriemma’s squad has looked adversity dead in the eye and taken it on well. Primarily due to Mitch’s standout player, Azzi Fudd, the Huskies have handled two top-10 programs (Texas, NC State) without much of an issue and have the making of those special UConn teams of the past.

I’m staying in the Big East to discuss my alma mater Creighton. Bias aside, the Bluejays are quickly obliterating any idea that last season’s Elite Eight appearance was a fluke. With wins over then-ranked South Dakota State, Nebraska and a victory against last season’s Sweet 16-appearing South Dakota Coyotes, Creighton is off to a strong start that has the Bluejays on the verge of a top-15 appearance. Creighton will have more tests before the end of the calendar year, including games against Villanova, Stanford and UConn. But in the meantime, there’s much to be happy about in Omaha.

Last week was a tough one for everyone in Charlottesville. For a campus in desperate need of some genuine joy, the women’s basketball team is doing its best in trying to provide it.

In just five games under first-year head coach Amaka Agugua-Hamilton, the ‘Hoos have matched their win total from last season. The Cavaliers are 5-0 overall and 1-0 in ACC play. And in some marks, Virginia is among the best teams in the country. According to HerHoopStats, the Cavaliers are 10th in rebounding (48 per game), 22nd in turnover rate (13.8%) and 21st in offensive rebound rate (42.4%). Already, Virginia looks like a totally different team than it did last season in Tina Thompson’s disastrous final campaign at the helm.

That’s in part due to the additions of players like Notre Dame transfer Sam Brunelle, who so far this season is shooting a career-best 49.1% from the floor while averaging 12.8 points and 5.6 rebounds per game for Virginia.

I joked on Twitter that last week was “Blood Week” for women’s college basketball, because nine ranked teams lost, a few of them lost twice and five of those losses were to unranked opponents.

And then there’s Tennessee, which in the span of a week – Nov. 14 to Nov. 21 – lost three times to Indiana, UCLA and Gonzaga. For a team that entered this season ranked fifth in the AP Top 25 Poll and had real Final Four aspirations, this is absolutely not what you want. On top of those losses, the Vols also lost a game to Ohio State to open the season in which they had 29 turnovers. As of this writing, the Vols are averaging 18.5 turnovers per game – which ranks 246th in the nation. Again – a team with legitimate hopes of making a deep run in March can’t be doing that.

Tennessee simply shouldn’t be this bad. Not only did the Vols bring back four starters from last year’s team that won 25 games and went to the Sweet 16, but they added an All-SEC forward in Mississippi State transfer Rickea Jackson, an All-Big Ten guard in Minnesota transfer Jasmine Powell, one of the nation’s top rebounders in Missouri State transfer Jasmine Franklin, and one of the top recruits in the country in Justine Pissott. Simply put, the Vols are too talented to already have four losses before Thanksgiving.

when you realize your job security depends on Jordan Horston and Tamari Key pic.twitter.com/AzBU1vdXYf

Nebraska is a preseason Top 25 team that has gotten off to an unfortunate start. With non-competitive losses to Drake and Creighton, it will need to regroup early this season to hopefully reset what was supposed to be another great season in Lincoln.

One underrated part of this slow start is just how much the Huskers appear to miss their veteran floor general Sam Haiby, who suffered a season-ending injury in September. But she’s not walking through the doors of Pinnacle Bank Arena this season.

I just couldn’t wait to write about the absolute defensive show that Jacy Sheldon put on when her Ohio State Buckeyes faced Tennessee to open the season. The Buckeyes completely wrecked the Vols’ strategy with a full-court press that led to 29 (!) Tennessee turnovers. As a result, Sheldon led the team with eight steals.

And if that weren’t impressive enough, the senior guard followed that defensive clinic up with an 11-steal performance against Boston College just days later. Unsurprisingly, Sheldon is leading the nation in steals per game (6.8) and her total output is something to pay attention to on a game-to-game basis.

Diamond Miller was one of the few stars to not leave Maryland this offseason. Angel Reese went to LSU, Ashley Owusu left for Virginia Tech, and Mimi Collins landed at N.C. State. With Miller and Shyanne Sellers as the nucleus of the roster, Brenda Frese rebuilt around them, bringing players like Princeton’s Abby Meyers and USF’s Elisa Pinzan.

And Miller is flourishing. On Sunday in Waco, Texas, she showed WNBA scouts exactly why she’s being talked about as a lottery pick for the 2023 draft. The 6-foot-3 guard from Somerset, New Jersey dragged the Terps to a win over the then-ranked No. 17 Bears, tallying 32 points, 10 rebounds, three assists and a steal in 34 minutes. The only other Maryland player to score in double-digits was Meyers, who had 13 points. On the season, Miller is averaging career-highs in scoring and rebounding with 21 points and seven boards per game. She’s also fifth in the nation in free throws made per game with seven.

Mitch: No. 25 Kansas State vs. Arkansas

Stay up late Saturday for this 10 p.m. EST tip-off on ESPN3.

Kansas State is newly ranked this week after taking down then-ranked No. 4 Iowa last Thursday. The Wildcats likely would’ve been ranked to start the season if Ayoka Lee was healthy. You remember her, right? She scored 61 points in a win over Oklahoma last season, but the dominant center is out for the year after having knee surgery. These new-look Wildcats have been powered this season by a trio of high-scoring guards as Jaelyn Glenn, Serena Sundell and Gabby Gregory are all averaging double-digits in scoring. In a recent win over Utah Tech, Gregory sank six 3-pointers.

Arkansas, meanwhile, is undefeated too. And while Erynn Barnum is averaging a team-high 19.2 points per game and shooting 67.3% from the floor, the Razorbacks have been effective this season largely due to defense. Opponents are averaging just 0.78 points per scoring attempt against Arkansas, a mark that is 10th-best in the country. The Razorbacks are also 15th in defensive rating. This game in the Paradise Jam should make for a compelling clash of styles.

There will be a three-day stretch of high-profile games week that will take us into December on a high note. I’m looking forward to next Thursday’s matchup between Notre Dame and Maryland, which is part of the ACC/Big Ten Challenge. With potential 2023 WNBA lottery pick Diamond Miller missing the Terps’ previous marquee matchup with South Carolina, we didn’t get to see the best version of Maryland. The team that takes the court in South Bend to face Notre Dame will be a better one.

Miller is probably the main attraction, but I have become one of Olivia Miles’ biggest fans. She’s so smooth and crafty at the point guard position and does a great job of getting players like Dara Mabrey and Sonia Citron involved. She might be the most entertaining player each time she takes the court, and I do not doubt that she’ll be ready to go in a big matchup like the one against Maryland.

Gannett may earn revenue from sports betting operators for audience referrals to betting services. Sports betting operators have no influence over nor are any such revenues in any way dependent on or linked to the newsrooms or news coverage. See applicable operator site for its terms and conditions. If you or someone you know has a gambling problem, help is available. Call the National Council on Problem Gambling 24/7 at 1-800-GAMBLER. Must be 21 or older to gamble.