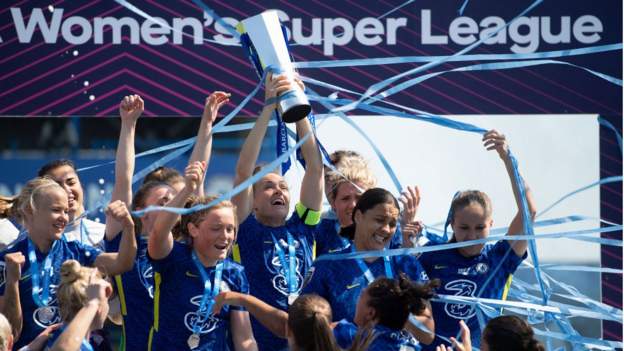 Arsenal say sales for their north London derby against Tottenham at Emirates on 25 September have already hit “five figures” in a week.

The WSL season starts on 10 September with Tottenham v Manchester United at the Tottenham Hotspur Stadium.

Clubs including Chelsea, Tottenham and Manchester City have all seen a surge in ticket sales for games to be held at men’s stadiums this season, while all clubs BBC Sport contacted have seen an increase for home games.

The record attendance for a WSL game is 38,262, set at the north London derby at Tottenham Hotspur Stadium in 2019.

Manchester United have no plans to host games at Old Trafford yet, while West Ham did not respond to the BBC’s request for information.

Champions Chelsea start their campaign at Stamford Bridge against West Ham on 11 September, a game live on BBC Two and BBC iPlayer, with kick-off at 12:30 BST.

Aston Villa host Manchester City at Villa Park on 18 September before Liverpool host the Merseyside derby at Anfield on 25 September with tickets to go on sale this week.

Reading will be hosting home games at Select Car Leasing Stadium, while Leicester City will host the majority of their home games at King Power Stadium.