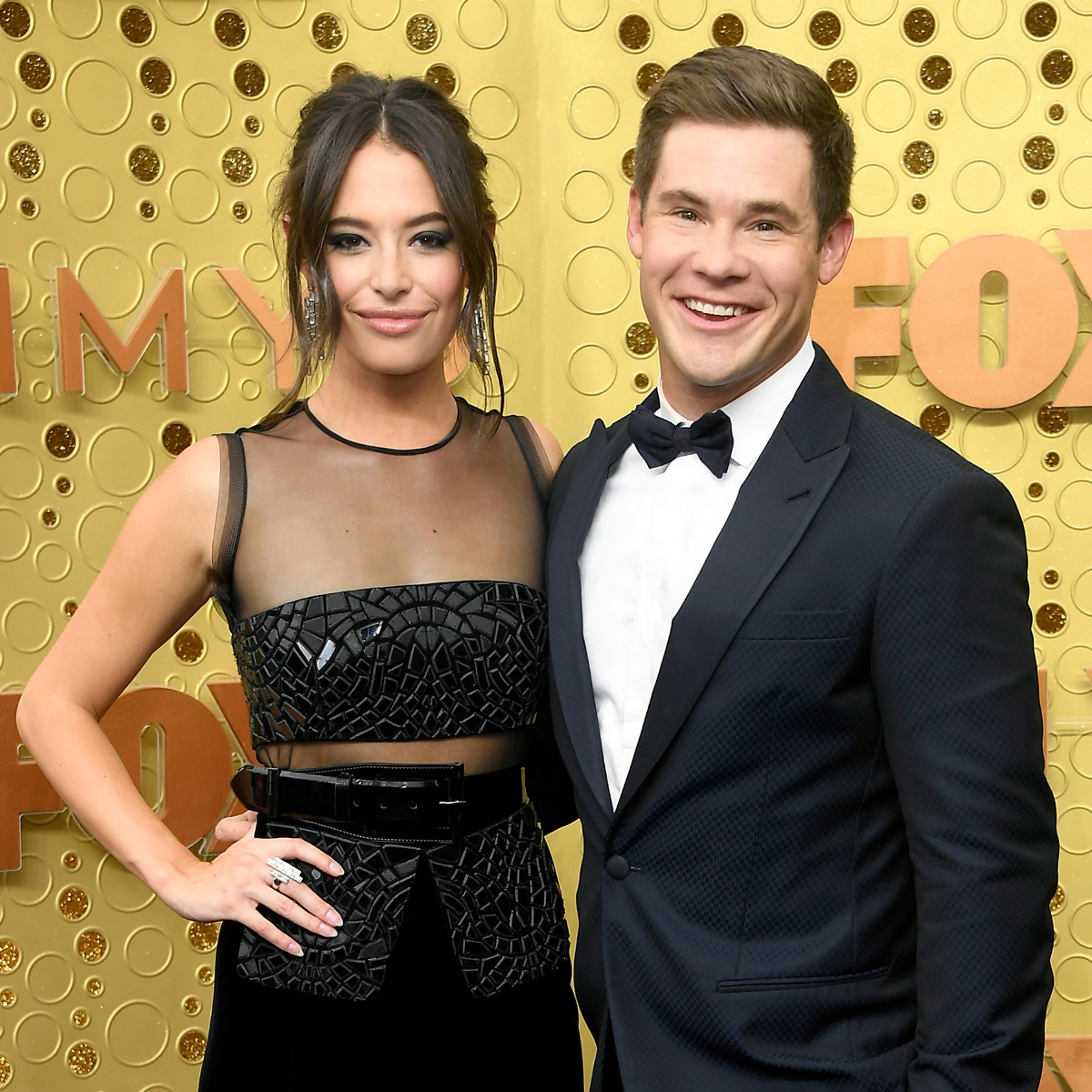 From Workaholics to walking down the aisle!

The pair, who met on the set of The Final Girls in 2015, took the next step in their relationship just two years after they announced their engagement in October 2019.

Adam’s former Workaholics co-star Erik Griffin also raved over their marriage on Instagram, writing on Sunday, “Dem Boyz! Devine is off the market! Such an awesome wedding!”

Erik also posted a candid photo that captured Adam flashing a wide smile with his Comedy Central colleagues, including Blake Anderson and Anders Holm. In the snapshot, the groom looked as suave as ever wearing a black shirt, matching slacks and sneakers. Blake and Anders sported a similar style, while Erik opted for a gray suit.

It’s unclear if the image was taken ahead of the couple’s nuptials or on their big day.

According to Page Six, their wedding ceremony was held in Cabo San Lucas, Mexico.

While the couple is keeping details of their big day under wraps, the Final Girls actress recently shared insight into their wedding planning.

“Were we crazy for trying to plan a wedding during a global pandemic?? Probably, yeah, cause many, many things went wrong including but not limited to us both getting breakthrough covid,” Chloe revealed earlier this week on Instagram. “But we gave it our best shot and it’s almost here and it seems like it’s actually going to pan out!!”

She continued, “Consider this dump of the wedding dresses I almost-chose-but-didn’t to be your warning that this is going to be a very wedding-heavy account for the next two weeks.”

In January, Chloe hinted on Instagram that she and Adam were hoping to get hitched in Mexico, especially after their original plans fell through amid the ongoing coronavirus pandemic.

“Back at the beginning of October I posted that we had finally locked down a wedding venue and a date and were pretty proud of ourselves,” she wrote at the time. “But since then, that venue has canceled all 2021 events, so it’s back to the drawing board!”

“Is planning a wedding during a pandemic a lost cause? Possibly!” she teased, adding, “But we’re still plugging away – masked up and came to Mexico to start planning something smaller, later, more margarita-full, and (God willing) post-vaccine/safe/covid-free.”

Fast forward to now, and the two lovebirds are now husband and wife.