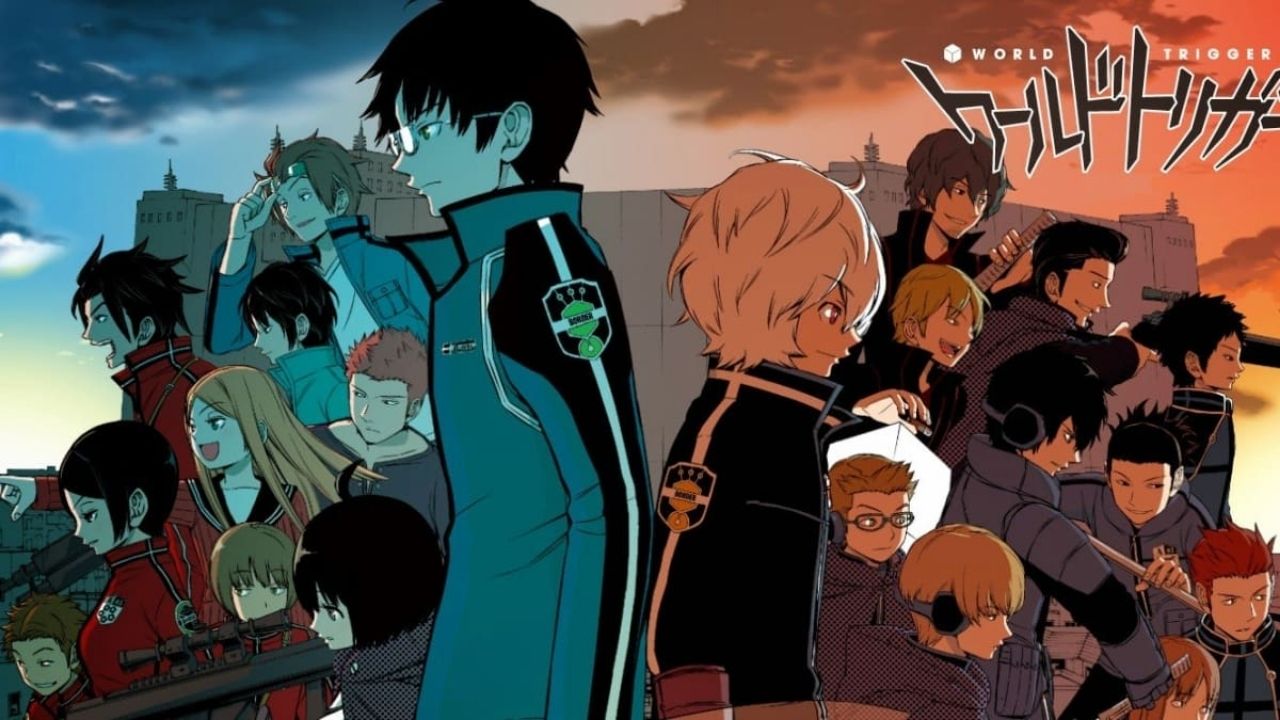 The three teams are confounded that the Tamakoma team has added an extra member of a primarily unknown skill set, only that he uses the kogetsu .

For the match in this episode, the Suzunari-1 team decides on cityscapes, which is a clear disadvantage for snipers. All teams are seen formulating game plans accordingly.

As they are transmitted to the stage, they discover the environment to be set in the nighttime, a further hindrance. Will they be able to pull this off with Chikako outside the battlegrounds?

The theories revolve around the Suzunari-1 team’s choice of the stage. It’s a small map with huge buildings and broad streets, and it’s quite obviously a hindrance for snipers. It looks like anti-sniper measures at first glance, but as you think about it, there’s more to it.

They have a sniper on their team, so why do they want to make it hard for them to operate? How good is Taichi’s plan for this match?

Osamu wants to play it safe and doesn’t utilize Chikako’s abilities to the fullest as Kuga had advised. This decision could potentially come back to bite him.

Episode 4 of the World Trigger anime will be released on Saturday, Oct 30, 2021. The episode title or preview has not been shown.

I. Is World Trigger on Break This Week?

Episode four of World Trigger will be released as per schedule. No delay has been announced.

A new member has joined the ranks of Tamakoma-2, confounding all the other teams, except for Yuzuru, who sounds confident. The Suzunari-1 team decides Cityscape- D to be the battlegrounds, further confusing players with an unfamiliar stage.

We see the Tamakoma team start planning around it. Osamu wonders why Suzunari-1 chose an anti-sniper stage despite having a sniper. What advantage could they gain by this?

Osamu decides that they won’t be using the wire trigger that won them two matches. He also plans to use Hyuse to his advantage by making him pretend like he’s using kogetsu but then actually attacking with viper. Chikako would operate from outside the battlefield.

In the Kageura unit, Yuzuru decides to get inside the mall to support his teammates. Okudera from the Azuma squad also suspects an ulterior motive behind picking this cityscape and not just anti-sniper measures. Taichi from Suzunari seems to have come up with an almost full-proof plan for the fight.

As all players are transmitted to the stage, it is revealed that the environment is set in nighttime further hindering snipers. Kuga had told Osamu that if Chikako is pushed, she won’t fail to deliver. Osamu doesn’t take that chance and asks for her to be led outside.

The Kageura and Suzunari-1 team spot each other and fire. As Osamu gets inside the building, he gets spotted by Okudera, who charges at him and calls his teammates. Osamu decides to lead the Azuma squad to Kuga and Hyuse.

Yuitsuka remarks how against the Suzunari-1, the Kageura unit seems to have the upper hand, but the other commentator says that the Suzunari-1 have grown. It is here that we see Ko pull out a black kogetsu.

World Trigger, also known in short form as WorTri, is a Japanese manga series written and illustrated by Daisuke Ashihara. It was initially serialized in Weekly Shōnen Jump from February 2013 to November 2018 and later transferred to Jump Square in December 2018.

A mysterious white-haired kid named Yūma Kuga gets transferred to the local school. Turns out, Kuga is actually a humanoid or ‘neighbor.’ In school, he becomes friends with another student, Osamu Mikumo, who is, in fact, an undercover C-class Border trainee. Mikumo becomes the perfect guide for Kuga to save him from being discovered by Border.