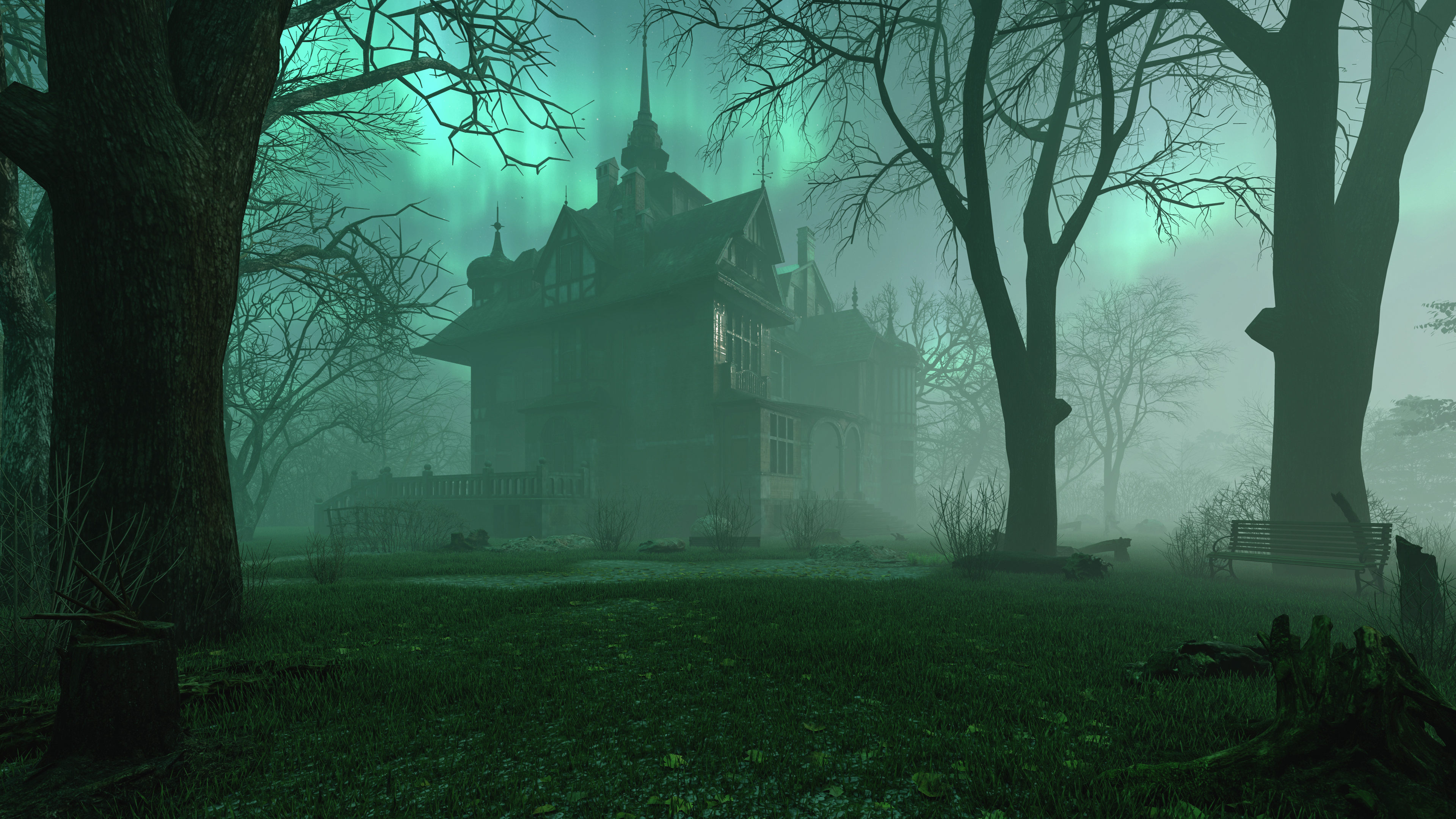 As Halloween approaches, many of us will be celebrating with a horror film, trick or treating, or even by exchanging tales of ghosts and mysterious happenings. For some people though, the idea of hauntings may not be such a fun experience.

A survey conducted by YouGov America in 2019 revealed that as many as 45 percent of Americans believe that ghosts exist, with the same amount thinking that demons may be real also.

Over 43 percent of U.S. adults believe that the spirits of the dead can attach themselves to a location or a person, returning to haunt a person or a place. Additionally, more than one-third of American adults actually believe they have seen a ghost.

And these thoughts are not are always fun or exciting, especially for people who believe their house is haunted, making Halloween a year-round event.

Very Well Mind points out that fear of haunted houses could be dealt with by just avoiding potentially haunted houses, but this solution is difficult if a person actually believes they reside in one.

“If you think your house is haunted I’d say the first thing to remember is to not panic. It can be unsettling and confusing but try not to freak out,” Hayley Stevens, a U.K-based paranormal investigator and author of the award-winning Hayley is a Ghost blog, told Newsweek. “I always recommend that, if possible, people should start what I like to call a ghost diary.

“Every time something odd happens, write it down in as much detail as possible. When did it happen? Who to? Where? What happened? How were you feeling in the lead-up to the occurrence? Were you expecting something to happen?”

Stevens, who tackles paranormal claims with a scientific approach and critical thinking, explains that more often than not, people who do this start to notice patterns. She continues: “Activity always happens at around the same time of the day, or only when two people are together, or when it’s been raining, or even when there’s been a row.

“These patterns are clues, and clues can help solve a mystery.”

Kenny Biddle is a paranormal investigator and columnist for The Skeptical Inquirer, a magazine that celebrates science and critical thinking in the United States. The investigator, who also takes a scientific approach to reports of the supernatural, agrees that keeping a log is the first step in getting to the bottom of a potential haunting.

“Take photos of items or events involved, video is good too.”

Both Stevens and Biddle caution against calling in a local ghost hunting group, however.

“As tempting as it is to call in the ‘experts’ to help with your haunted house, you should think twice about doing this,” Stevens explains. “You don’t need a license to be a ghost researcher and you can say any old thing and sound scientific when you’re actually not.

“More often than not, ghost hunters are looking for haunted places to go ghost hunting in, and getting to the bottom of your mystery isn’t going to be their priority.”

She also warns that some of the methods used by these groups aren’t as credible as they might initially seem. “They’ll want to find ghosts whether there are ghosts or not and they do this using unscientific methods which sound science-y but aren’t really.”

Stevens also warns against the less science-inspired methods that some ghost hunters employ, including practices developed during the rise of spiritualism, which proposes the living can communicate with the dead, in the 1800s.

“A lot of ghost hunting teams use spiritualist methods of ghost communication which involve them touching things like a planchette on an ouija board, or a table during table tipping, that sort of thing,” she argued, adding that these methods bias an investigation straight away.

Stevens said this is because they assume that ghosts exist and are present to communicate with. Not only this, but she added that by being personally involved with the case, ghost hunters are already primed to know answers to expect and can deliver them simply because they know the details of the case.

“I also recommend that if a ghost hunter wants to investigate your home using spiritualist methods like using a psychic, pendulums, dowsing rods, seances, and similar, you should seriously consider whether they’re the right person to help you solve your mystery,” Steven continued. “You also should never pay somebody to investigate your haunting.”

The paranormal investigator adds that if you are thinking of getting a ghost hunter in, you should ask if they have a code of conduct and an ethical code by which they work and if you can see it. “If they don’t, don’t let them in.”

Biddle, who has been visiting allegedly haunted locations since 1997, agreed. He added that if you are going to call anyone to your property to investigate a potential haunting, avoid a local ghost hunter and call a larger organization, or even a skeptic.

“Reach out to a larger organization, such as the Society for Psychical Research in the U.K. or the Center for Inquiry in the States, they might even send me to visit you,” Biddle said.

“There are a plethora of scientific skeptical groups around the world that may be interested and/or can at least offer some ideas to help understand what might be happening. The difference between these groups and local ghost hunters is how much ‘belief’ will play a part.”

If these measures don’t allay a person’s fears that they live in a haunted house and this begins interfering with daily life, Very Well Mind suggests that this could be the result of a phobia.

Though there is no official name for the phobia of haunted houses, the phobia of ghosts, is a very real and well-defined condition known as phasmophobia.

According to HealthLine, like all phobias this can lead to adverse effects like rendering a sufferer too nervous or anxious to continue on with daily activities, causing panic attacks, and even fear of being left alone.

In these extreme cases, antidepressant medicines and anti-anxiety medicines can be used to reduce symptoms quickly.

Cognitive-behavioral therapy (CBT) is currently the most common therapy treatment for phobias, including phasmophobia. In CBT a mental health specialist works with sufferers to help them to understand the source of their fear. They can then help develop coping mechanisms a person can deploy when they sense their fear rising.