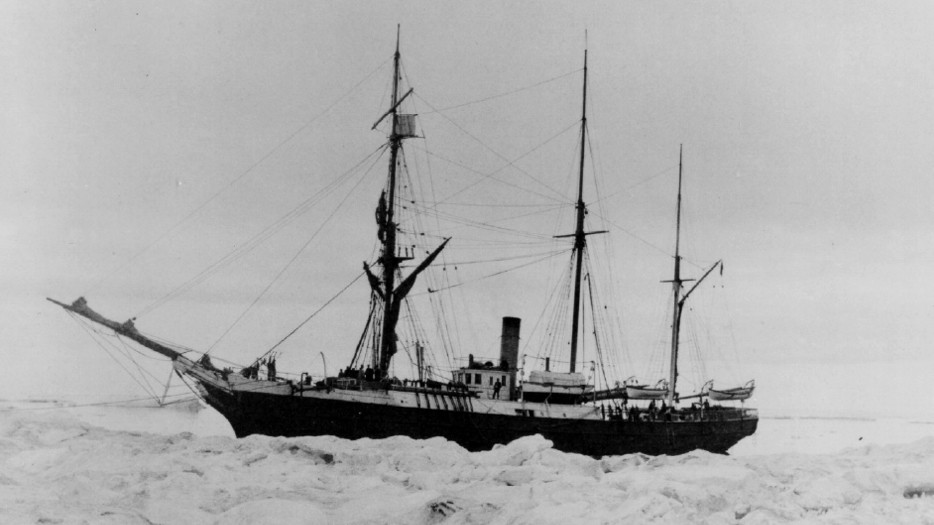 The US Revenue Cutter Bear was capable of sailing through Arctic ice.
(Image credit: Image courtesy of the U.S. Coast Guard)

Ocean scientists have located the wreck of the U.S. Revenue Cutter Bear — a ship that served at sea for at least 88 years and played a part in the famous capture of a Nazi spy ship.

The Bear has a storied history: It started working as a commercial sealer in 1874. Then, because the ship could travel through ice-filled waters, the government purchased it in the 1880s to use for rescue work in the Arctic. It also served as a relief ship during the Spanish flu pandemic of 1918-1919, a floating museum, a film set for a Hollywood movie and an expedition ship on Adm. Richard Byrd’s Antarctic explorations.

It also patrolled Arctic waters for the U.S. Navy in both world wars, and in 1941 it helped capture the Norwegian trawler Buskø, which was being used by the German military intelligence service Abwehr to report on weather conditions in the North Atlantic.

The Bear was decommissioned in 1944 and tied up at a wharf in Halifax, Nova Scotia. It finally sank after a storm in 1963, somewhere south of Nova Scotia and east of Boston, as it was being towed to Philadelphia.

“The Bear has had such an incredible history, and it’s so important in many ways in American and global maritime heritage because of its travels,” said Brad Barr, the mission coordinator for the U.S. National Oceanic and Atmospheric Administration’s (NOAA) Maritime Heritage Program, who has led the search for the wreck for several years.

In the late 1970s a group started searching for the Bear. It included the Massachusetts Institute of Technology’s Harold Edgerton, who invented side-scan sonar — a technology widely used today to detect and image objects on the seafloor.

The group tested out the new side-scan technology in 1979, but they didn’t find the wreck — possibly because the location of its sinking had been misreported by its tow ship, Barr told Live Science..

A secret Navy submersible — the nuclear-powered NR-1 —— carried out a second search in 2007, but it too was unsuccessful. Finally, the U.S. Coast Guard and NOAA joined forces with other partners and began another search in 2019.

After mapping 62 square miles (160 square kilometers) of seafloor with sonar, they identified two submerged objects in the search area.

In September, they returned on a Coast Guard ship equipped with a remotely operated vehicle (ROV) to take underwater video and confirm that the largest object is the wreck of Bear, Barr said.

The wreck now lies on the seafloor at a depth of about 200 feet (60 meters), in Canadian waters about 90 nautical miles (167 km) south of Nova Scotia’s Cape Sable. The exact location is being kept confidential in the hopes of deterring technical divers from trying to reach it, Barr said. The search partners are discussing with the Canadian government how the wreck can be protected.

The aging wooden hull has been badly damaged by nets from fishing trawlers and strong currents on the seafloor. But the researchers identified several distinctive features of the Bear, including the “bow staples” that strengthened its hull to allow the ship to handle heavy ice in polar waters, Barr said.

Although the Bear was equipped with three masts for sailing, it was built as a steamship for its role as a sealer in the 1870s. In the 1930s, the boiler was taken out and the steam engine replaced with a diesel engine as it was refitted for its Antarctic service with Byrd.

As a result, several piles of metal can be seen among the remaining wood of the wreck, which includes sailing-ship technologies, Barr said.

“There’s a pile of metal rubble with a deadeye [a fixed wooden pulley] sticking up out of it,” he said. “These deadeyes have been around since the 1700s, but they were used on the Bear to attach the standing rigging.”

Among the Bear’s most famous exploits was its part in the 1884 rescue fleet for the Greely Expedition to the Arctic, which had become lost in 1881 near Ellesmere Island, northwest of Greenland. Several members of the expedition died of starvation and disease before the Bear rescued Greely and the other survivors.

After serving for many years as a government revenue cutter in Arctic waters — intercepting and inspecting ships at sea, and often rescuing commercial ships trapped in ice — the Bear was transferred to the Navy; it patrolled around Alaska during World War I, and it delivered supplies there during the Spanish flu pandemic.

In 1929, the decommissioned ship was given to the city of Oakland in California, where it became a floating museum and then a film set for the 1930 movie “The Sea-Wolf,” an adaption of a Jack London novel.

The Bear was recommissioned for Arctic patrols during World War II, when it helped capture the Buskø; but it was mostly tied up in Halifax after that, until it sank in 1963 on its final voyage to Philadelphia, where it was destined to become a floating restaurant.

“These are incredibly compelling stories,” Barr said. “When you read the details of what the Bear did, how many lives it saved, how many incredible missions it was on — it is really the kind of history that people should be aware of.”

To commemorate its discovery, Barr has compiled years of historical research into several website posts detailing the many exploits of the Bear. “One of the reasons why we wanted to find it is because it allows us to tell all these stories,” he said.

Tom Metcalfe is a journalist based in London who writes mainly about science, space, archaeology, the earth, and the oceans. He’s written for the BBC, NBC News, Live Science, National Geographic, Scientific American, Air & Space, and others.