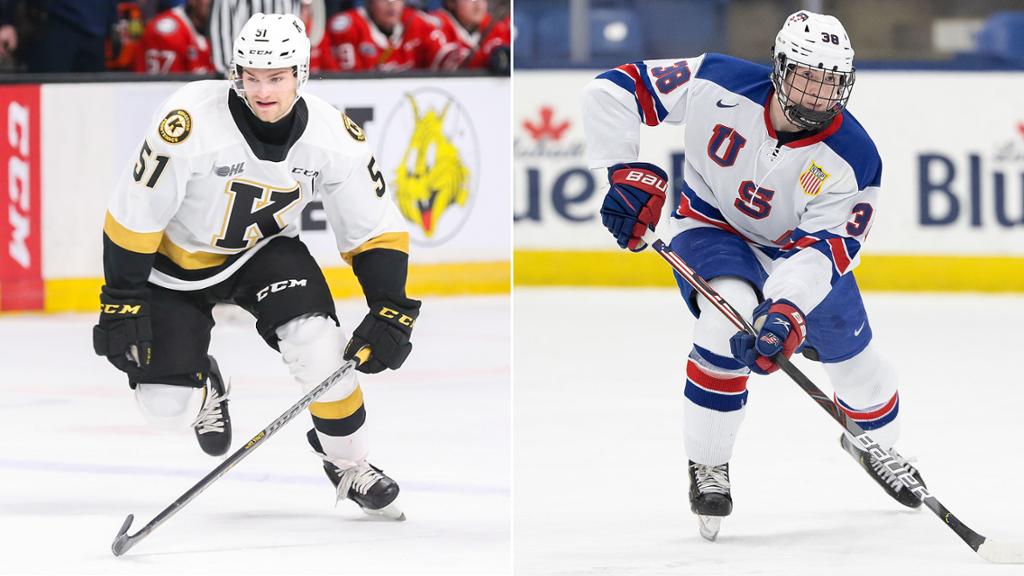 Shane Wright is No. 1 in NHL Central Scouting’s midterm ranking of the top North American skaters, but it could turn out to be a two-player race for the No. 1 pick in the 2022 NHL Draft by the end of the season, according to Dan Marr, director of NHL Central Scouting.

“Most years you have a top prospect going into the season, or a top two prospects, Marr said on the latest edition of the “NHL Draft Class” podcast, “and Shane definitely was the No. 1 but amongst our entire group, he wasn’t No. 1 with everybody and that initiated a conversation because everybody had the same No. 1 and No. 2 and, of course, we’re talking about Logan Cooley.

“But the thing with Shane is that as an underage player, he’s always played at a higher level against his peers. For our group, we like the fact Shane can be a difference-maker in so many ways. The way he processes the game and sees the ice, he can execute plays at top speed. He’s got a quick acceleration where he can go out outside, cut inside, get to the net and it’s a quickness that can’t be matched or defended against.”

Wright (6-foot, 185 pounds) has scored 30 points (11 goals, 19 assists) with 86 shots on goal in 22 games this season with Kingston. The 18-year-old also had one assist in two games for Canada at the 2022 IIHF World Junior Championship before the tournament was canceled Dec. 29.

“We’re going into the second half here where this is a two-player race for the No. 1 spot,” Marr said. “Logan Cooley, in his own right, has many similar qualities. I described Shane Wright as a difference maker. I’d describe Logan Cooley as being an impact player. They’re both going to impact with their NHL clubs, they’re both going to have solid careers just because of their skills and assets and a lot of it does revolve around their speed. Logan Cooley is the one who will take the puck to the net, go to the dirty areas, and pay the price.

“He’s got the skills to bury his chances, and is every bit as deserving to be in that conversation for the No. 1 pick overall.”

Marr also discussed some of the other projected first-round prospects for the 2022 draft, among them forwards Joakim Kemell (No. 1 on NHL Central Scouting’s midterm ranking of International skaters) and Brad Lambert (No. 5; International skaters) of JYP in Liiga, the top league in Finland; forward Jack Hughes (No. 7, North American skaters) of Northeastern University in Hockey East; and defenseman Maveric Lamoureux (No. 15; North American skaters) of Drummondville of the Quebec Major Junior Hockey League.

Marr and NHL Draft Class co-hosts Adam Kimelman and Mike Morreale also pay tribute to senior director of NHL information technology Jack Gerien, who recently announced his retirement. Gerien has been influential in both the creation and maintenance of the NHL’s scouting system and an important part of improving the Meeting Manager ranking system, NHL Draft Combine and NHL Draft technical operations.

The podcast is free, and listeners can subscribe on all podcast platforms, including iTunes, Spotify and Google Podcasts. It also is available on NHL.com/multimedia/podcasts and the NHL app.