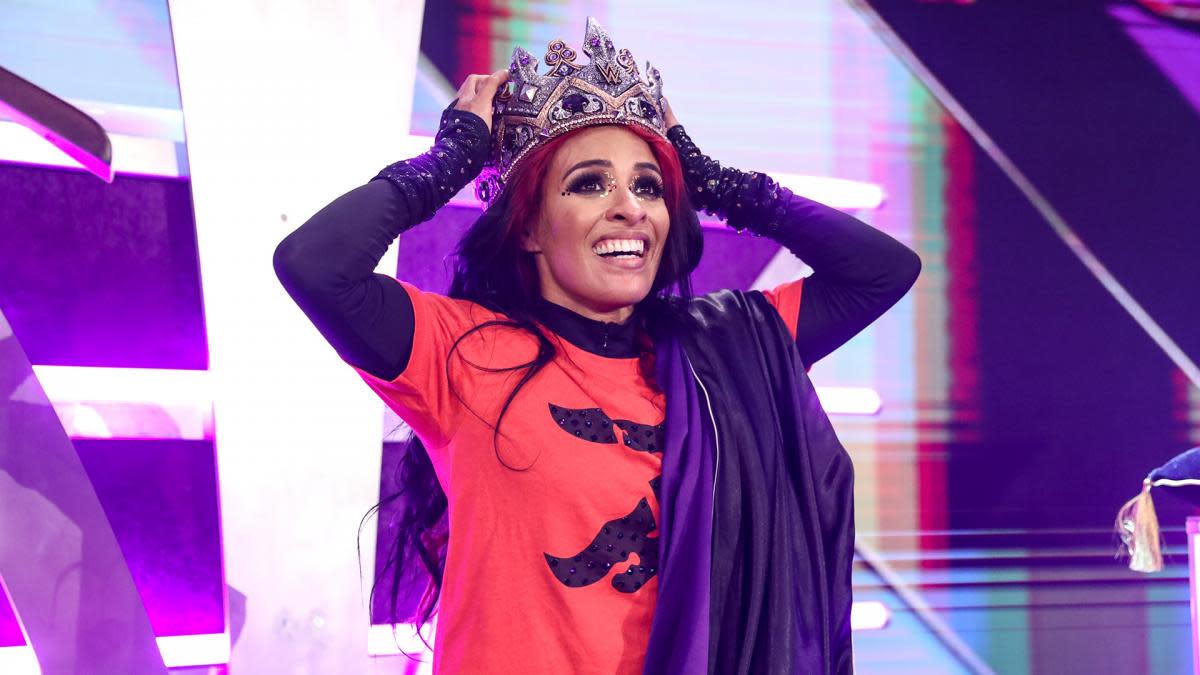 Eleven months ago, Thea Trinidad was released from her contractual obligations in WWE.

That appeared to mark the end of the Zelina Vega era. Suddenly, that character—which Trinidad established through her exquisite promos and was just beginning to reach new heights through determined, physical in-ring performances—would be no more. Immediate speculation circulated as to where or if she would wrestle again. For all her highlights in the company, Trinidad’s WWE run could only be described as unfinished business.

That changed in July when Vega seized the wrestling world’s attention by returning to WWE. Nearly a year later, her coronation has officially taken place. She made history by winning WWE’s inaugural Queen’s Crown tournament finale at the Crown Jewel show Thursday in Saudi Arabia, a moment that grabbed the attention of WWE CEO Vince McMahon.

“Vince walked up to me after the match in the back and said, ‘You walked in here queen, and now it’s official,’ ” Vega says, speaking with Sports Illustrated moments after her victory. “I almost lost it.”

All hail the Queen.

Vega won the tourney finale in a match against Doudrop, an exceptionally talented pro wrestler saddled with a unique name in WWE. They crafted a tense, aggressive match, especially impressive considering there was not a particularly long build between the two leading into the encounter.

“I was looking forward to this match the second I learned it was going to be against her,” Vega says. “She is amazing, and she loves this so much. We had a match in 2019 at an NXT Worlds Collide show. That was our first time ever touching, and I thought it was hard-hitting and entertaining.

“I couldn’t wait to wrestle her again, and it’s amazing that I got to do it in Saudi Arabia in the finals of the Queen’s Crown tournament. This was a first-time-ever tournament, and we wanted to make history. To me, that’s incredibly special.”

The match saw Vega overcome Doudrop’s strength and power, and the highlight was the finish. Vega hit the Code Red—a move innovated (and perfected) by her cousin, the criminally underrated Amazing Red—to end the bout. This represented the most powerful moment of her career, encapsulating all the obstacles, setbacks and pain she has endured, including losing her beloved father during the attacks on the World Trade Center on September 11, 2001.

“It was me representing my family. That’s my cousin’s move. Amazing Red deserves so much credit for what he’s done, so that was for him. That was for my dad, too. And that was for me, to solidify my place and show that I belong here.”

Queen Zelina now has the opportunity to elevate herself to the next tier of prominence, beginning Monday night with the season premiere of Raw. There is no ceiling for her future, and there will be a highly anticipated build to her first run with the Raw women’s title.

Once a manager, enhancing the talent with whom she was paired, Vega is now the stand-alone attraction. The chance to be queen starts a new chapter in her career, and it is the payoff to an unrelenting refusal to accept defeat.

“Queen Zelina, it feels so incredible to say that,” Vega says. “I’m bringing it to Spanish, too—La Reina, that’s me. It feels absolutely right to say that. This is me, and it is mine.

“It’s been a hell of a journey, and I’m looking forward to continuing my story as Queen Zelina. Every time I step into the ring, I feel like I have to prove myself. I take this opportunity in WWE very seriously. This is my time, and it starts now.”