A Colorado man visiting Yellowstone National Park was gored by a bison at Old Faithful this week in the second attack of its kind in the past month, park officials said.

The 34-year-old from Colorado Springs, whose name the National Park Service has not released, was walking with his family on a boardwalk near Giant Geyser on Monday when a bull bison charged the group, according to a news release.

“Family members did not leave the area, and the bull bison continued to charge and gored the male,” the Park Service said.

The man suffered an injury to his arm and was taken to Eastern Idaho Regional Medical Center, the hospital for Yellowstone.

It’s unclear how close the man was to the bison before the attack. The park, located mostly in Wyoming, requires visitors to stay more than 25 yards from bison. The Park Service said this was another case where a visitor got “too close to the animal.”

“This incident remains under investigation, and there is no additional information to share,” the Park Service said.

Less than a month ago, a 25-year-old woman from Grove City, Ohio, was gored by a bison and thrown 10 feet into the air on Memorial Day after she got too close to the animal. While on a boardwalk at Black Sand Basin, the woman approached within 10 feet of the animal, park officials said. Two other people also were within 25 yards of the bison, the Park Service said in a news release.

When the woman approached the bison at the boardwalk west of the Old Faithful geyser, the animal charged her.

“Consequently, the bison gored the woman and tossed her 10 feet into the air,” the Park Service said at the time.

The woman, who survived the attack, suffered a puncture wound and other injuries and was taken to Eastern Idaho Regional Medical Center. It is unclear whether the two other people inside the 25-yard limit were also injured. That incident, like the one this week, also happened on a Monday morning.

Bison, the largest mammals in North America, have injured more people at Yellowstone than any other animal, according to the Park Service. Bison are unpredictable and enormously strong, and although they can weigh as much as one ton and stand about 6 feet at the shoulder, bison can run up to 35 mph, which is “three times faster than humans,” the Park Service says. They can also jump up to six feet vertically “and can quickly pivot to combat predators,” according to the National Wildlife Federation.

Yellowstone is the only place in the United States where bison have continuously lived since the prehistoric age, according to the Interior Department. Between 2,300 and 5,500 bison live in Yellowstone, according to the Park Service. The Yellowstone bison are considered special because “they’re the pure descendants (free of cattle genes) of early bison that roamed our country’s grasslands,” Interior says.

Yellowstone officials have stressed that visitors must give animals space if they come near campsites, trails, boardwalks, parking lots or developed areas. Visitors should stay more than 25 yards from all large animals, such as bison, elk, bighorn sheep, deer, moose and coyotes, the Park Service says. It advises guests to stay at least 100 yards from bears and wolves.

Wild animal attacks are rare, but dangerous encounters do happen, especially when humans ignore – or are unaware of – wildlife-viewing rules and etiquette.

“Wild animals want to be left to themselves,” Cameron Harsh, programs director in the U.S. office of World Animal Protection, an international nonprofit group, told The Washington Post this month. “They don’t want to interact with humanity.”

Yellowstone recently reopened after severe flooding damaged roads and bridges and caused the park to close for about a week earlier this month.

The Park Service said Monday’s attack was the second in the past month “of a visitor getting too close to the animal and the bison responding to the perceived threat by goring the individual.” Park officials again emphasized that Yellowstone visitors should keep a safe distance.

“Wildlife in Yellowstone National Park are wild and can be dangerous when approached,” the Park Service said.

The Washington Post’s Andrea Sachs contributed to this report. 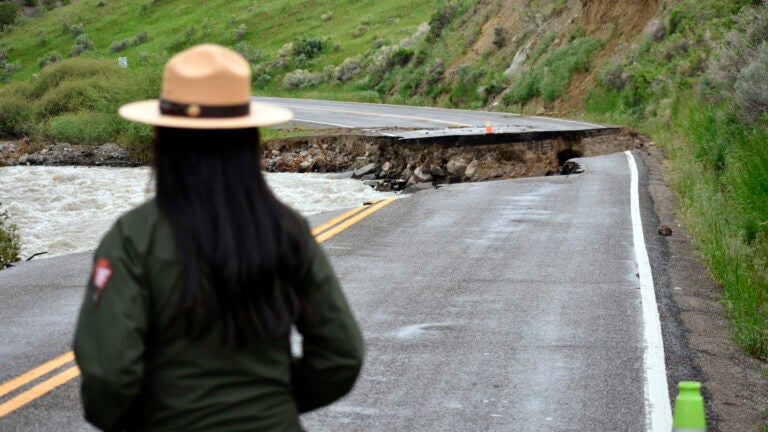 6 takeaways from elections in Illinois, Colorado, Oklahoma and other states
NYC bars and restaurants beef up security as crime, homelessness soars