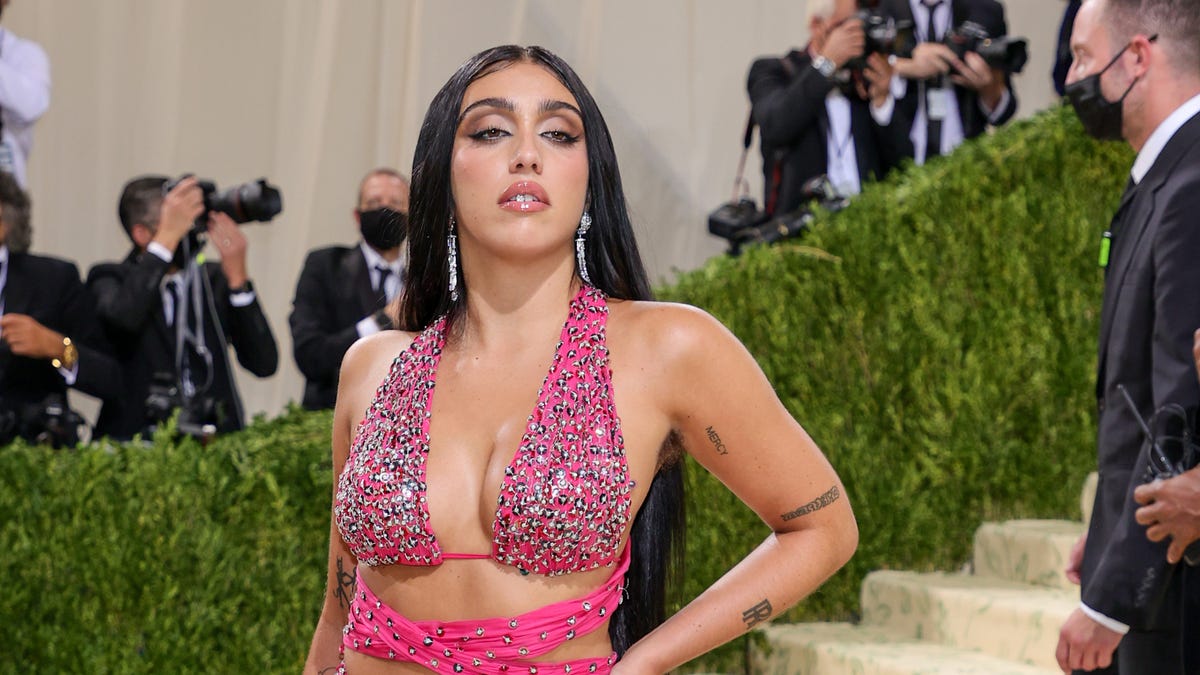 What was it like to be raised by the Queen of Pop? Lourdes Leon has the answer.

The model, who turned 25 Thursday, reflected on growing up with Madonna in a new Interview magazine cover story published Thursday.

Despite her mother’s great financial success, Leon revealed that she purposely didn’t depend on her mother’s wealth once she graduated high school and enjoyed the freedom that came with independence.

“We don’t get any handouts in my family,” Leon told Debi Mazar, Madonna’s longtime friend, who conducted the interview. “Obviously, I grew up with extreme privilege. There’s no denying that. But I think my mom saw all these other kids of famous people, and she was like, ‘My kids are not going to be like this.'”

She continued: “I feel like if your parents pay for things, then it gives them leverage over you. My mom is such a control freak, and she has controlled me my whole life. I needed to be completely independent from her as soon as I graduated high school.”

Though Leon quipped that she inherited Madonna’s “control issues, but not her work ethic,” she acknowledged that they do have one thing in common: Their ability to sing.

Mazer asked, does she cringe and walk away when she’s out and hears Madonna’s songs come on?

“I don’t cringe,” Leon said. “My experience with my mom’s music has changed so much as I’ve gotten older, because I’m increasingly able to recognize how influential and amazing this woman is, and how empowering to other women and ahead of her time she has always been.”

“I didn’t fully comprehend that until I realized the importance of empowerment and what it means to be a woman.”

Leon is now making her mark on the fashion world, making her New York Fashion Week runway debut in 2018 and starring in Marc Jacobs’ spring campaign in February. Most recently, she attended her first Met Gala last month, which she called a “crazy” experience.

“Did I have fun at the Met Gala? I’m really grateful to have been able to go. Maybe because it was my first time, but it felt crazy,” she recalled. “You’re just shoved into a room with all these famous people and you’re supposed to talk to them and be their friend, even though you don’t (expletive) know them.”

Leon added that she would have had more fun if she had friends at the event.

“I’m sure it’s fun if you’re someone who is friends with a lot of famous people, but I’m not. I didn’t know who the (expletive) to talk to. I felt so awkward that I literally called my boyfriend in the middle of it, but the dinner was fine. I mean, I was sitting with Jeremy O. Harris, who I love, and Irina Shayk, who I love a lot. She’s so funny.”

Met Gala: Big fashion returns with NYFW and the 2021 Met Gala, but does anyone care?