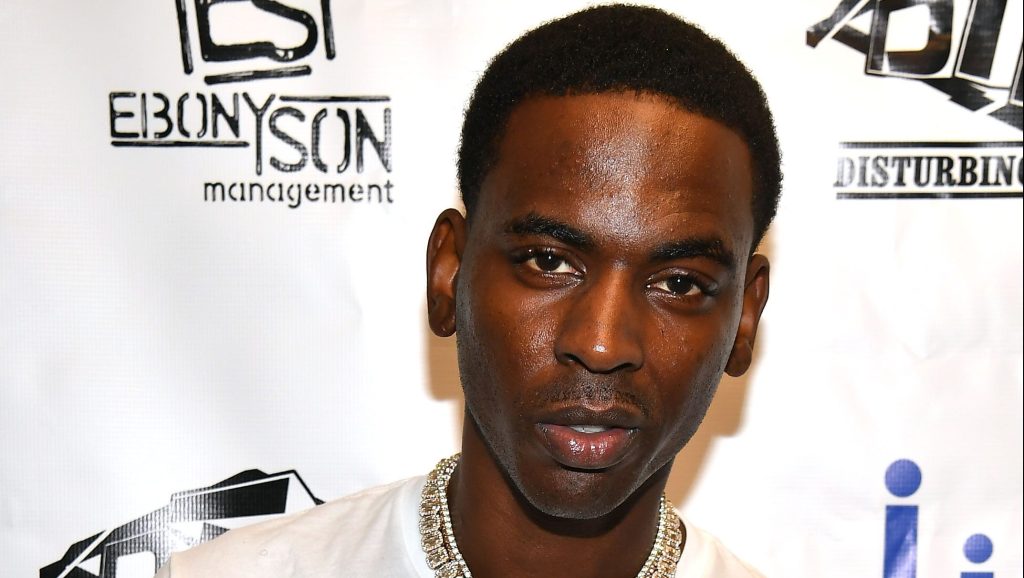 Young Dolph murder suspect Justin Johnson has yet to turn himself in to authorities despite announcing his plans to surrender this past weekend. In fact, instead of being taken into custody on Monday (Jan. 11) to face charges of first degree murder, attempted first degree murder, and theft of property $10,000–$60,000, the 23-year-old, who also performs under the stage name Straight Drop, released a new music video the very same day.

Titled “Track Hawk,” the clip captures Johnson flaunting stacks of money and riding in flashy vehicles while rhyming about his alleged life of crime. While Johnson does not directly reference Dolph’s murder, he shows no qualms for committing violent acts on wax, rapping, “We put switches on them glizzys and put dubs in rubber-bands / I can’t sign less than six figures and I need that in advance / Out of state I’m still strapped, I got choppers out in Atlanta / Feds watching on fake pages, don’t hold guns up in my camera” over a menacing beat.

The aspiring rapper’s failure to turn himself in was apparently news to his prospective attorney, who told Fox14 Memphis that he had no knowledge of his potential client’s intention to surrender. In light of his failure to appear, the Tennessee Bureau of Investigation, Memphis Police Department, and U.S. Marshals are continuing their widespread search for Johnson with a $15,000 reward for information leading to his whereabouts and subsequent arrest. According to authorities, Johnson is believed to have fled the Memphis area, but is known to have ties to the Atlanta area as well.

There is mounting evidence potentially tying Johnson to the murder of Dolph, who was gunned down on Nov. 17, 2021, in Memphis while picking up an order of baked goods from local shop Makeda’s Homemade Cookies. The getaway car used in the shooting was found outside of a home where Johnson filmed another music video in front of, which was actually released days after Dolph’s murder. Also, a vehicle resembling the same make and model as the one found by authorities appears in the aforementioned music video, leading many fans to speculate that Johnson is indeed the alleged shooter in question.