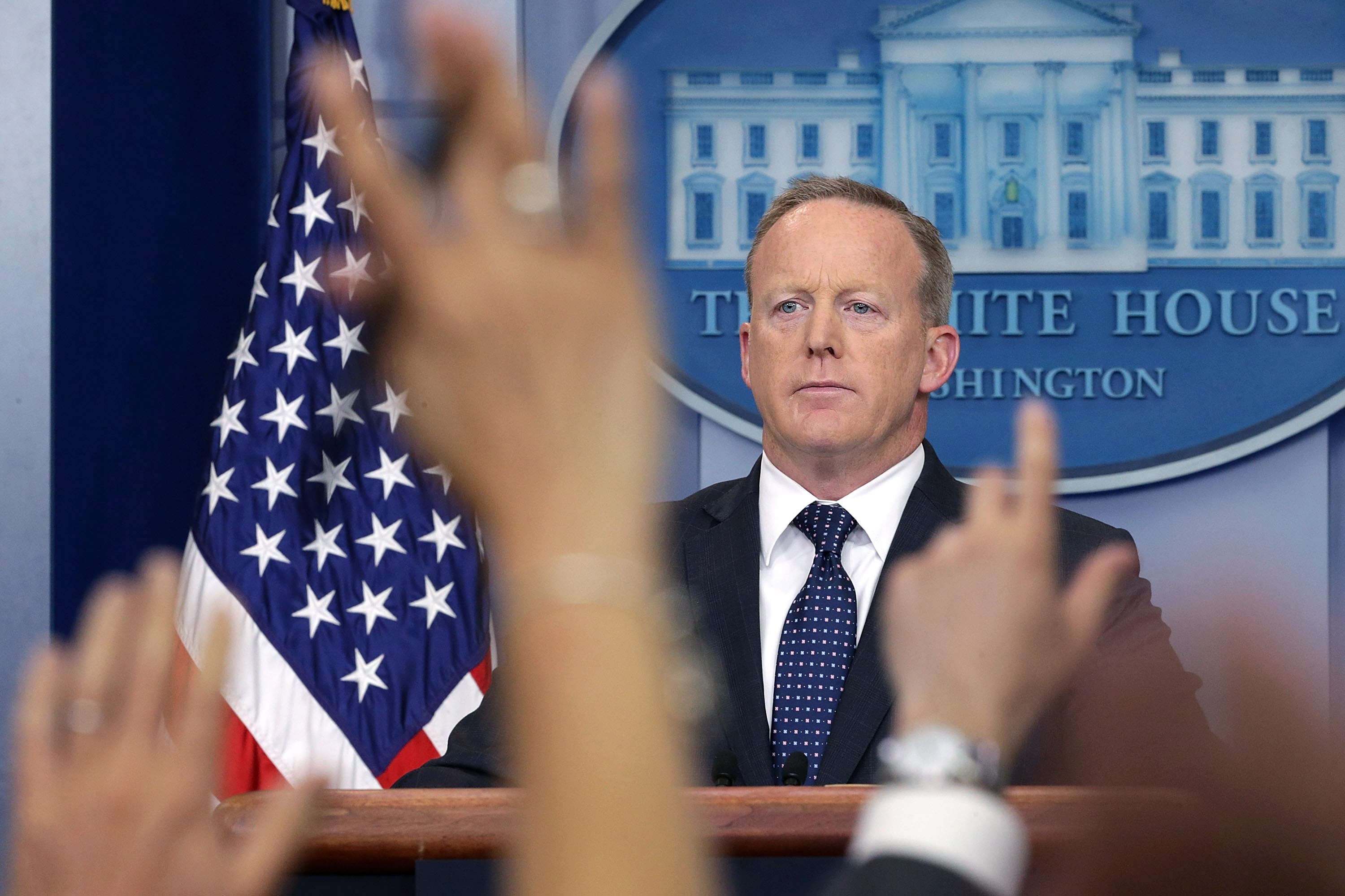 TV host Bill Maher confronted ex-White House Press Secretary Sean Spicer over unfounded claims that the 2020 election was stolen from Donald Trump, accusing him of being too “afraid” to admit the former president lost.

In the aftermath of the 2020 presidential election that saw Joe Biden as the winner, Trump and his Republican allies have made unproven claims of widespread voter fraud in several battleground states. However, there has been no evidence presented to support such allegations.

On HBO’s Real Time With Bill Maher Friday night, Maher and Spicer discussed the Democrats’ plan for infrastructure and social spending, when Maher pointed out that they were able to have a reasonable conversation about policy differences.

But he said it’s difficult to have those conversations with people who are promoting conspiracy theories, including QAnon and widespread voter fraud.

The remark prompted Spicer to defend those who questioned the 2020 election. He said that while he has not seen any voter fraud, he had concerns about changes to voting laws and procedures amid the COVID-19 pandemic. Conservatives have previously claimed vote by mail opens the door to more fraud.

Maher asked Spicer if Trump won or lost the election, to which the former press secretary responded: “I don’t know.”

“There you go,” Maher said. “Because the world does.”

After some more back-and-forth over the claims, Maher eventually accused Spicer of being “afraid” of Trump.

“You work in the conservative sphere of media. If you say what I want you to say, you won’t get your job. Trump will start attacking,” Maher said.

He added: “This is the problem with our country. We can’t move forward because two-thirds of your party is beholden to this idea that is not true. When a country goes from a place where elections are not about the issues in the elections, but about elections themselves, then you’re in trouble.”

In a statement sent to Newsweek Saturday by his spokesperson, Spicer acknowledged that Biden is the president, but he continued voicing concerns about the election.

“The 2020 election was certified and Joe Biden is the President, however it is indisputable that multiple states did not conduct elections according to their own laws,” the statement read.

Pro-Trump Republicans have faced criticism for pushing election fraud claims without any substantial evidence. Even though audits in several states, including Arizona and Michigan, have upheld the election results, Trump and his allies continue to claim that there was significant voter fraud.

Still, some other Republicans have been critical of the unproven allegations.

Attorney Ben Ginsburg, who has represented Republican campaigns for decades, called the claims destructive in an interview with The Guardian, accusing Trump of “setting a fire deliberately so that he can be the hero to put it out.”

“I know from my 38 years of conducting election-day operations that that simply is not true, there is no evidence for it. What Donald Trump is saying is destructive to the democracy at its very foundations,” Ginsburg said.

Updated 3:55 PM ET, with a statement provided by a spokesperson for Spicer.