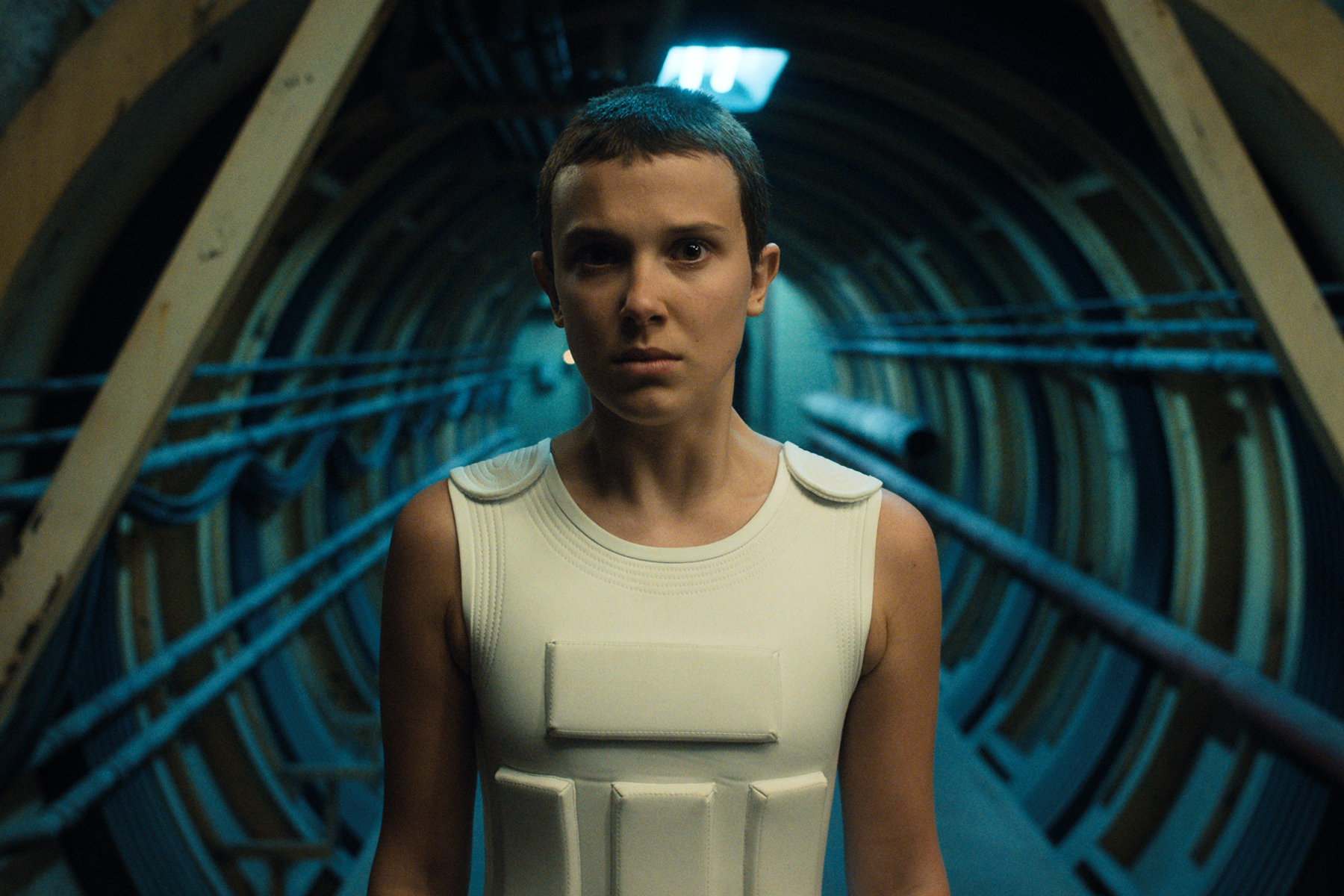 Nearly a month after Stranger Things Season Four became a cultural phenomenon, Netflix gives another peek into the town of Hawkins, Indiana and a potential farewell to some of our favorite characters with the new trailer for the final two episodes of the season.

The Duffer Brothers know exactly how anxious viewers are as the trailer certifies our fears with Dr. Brenner, or Papa, saying in a voiceover, “I know you’re frightened. You’re terribly frightened by what you’ve seen.” And yes, we are. Last we saw of the crew, everything was in shambles —  the friends are mostly separated and dealing with the resurgence of the Upside Down; Hopper, Joyce, and Murray find themselves stuck in a Russian prison with a Demogorgon; and it is all topped off with the reveal of Number One as the villainous Vecna. In the new trailer, we see our now scattered gang gear up for a final battle to make things right with their hometown. Playing out against the backdrop of Kate Bush’s “Running Up That Hill,” which plays a key role in the earlier parts of the season, this trailer gives all the chilling and exciting moments we’ve come to expect from the show.

With the fourth season taking three years to come to fruition, the show’s most avid fans might have a collective feeling of sadness at having to wait for the next one. Thankfully, watchers can hold out some joy at the movie-like length of these last few episodes. With the eighth episode running 85 minutes and the ninth a whopping 140 minutes, fans of the show will have a long enough time to enjoy the throwback vibes of the Eighties while saying goodbye to their favorite series until the fifth and final season.