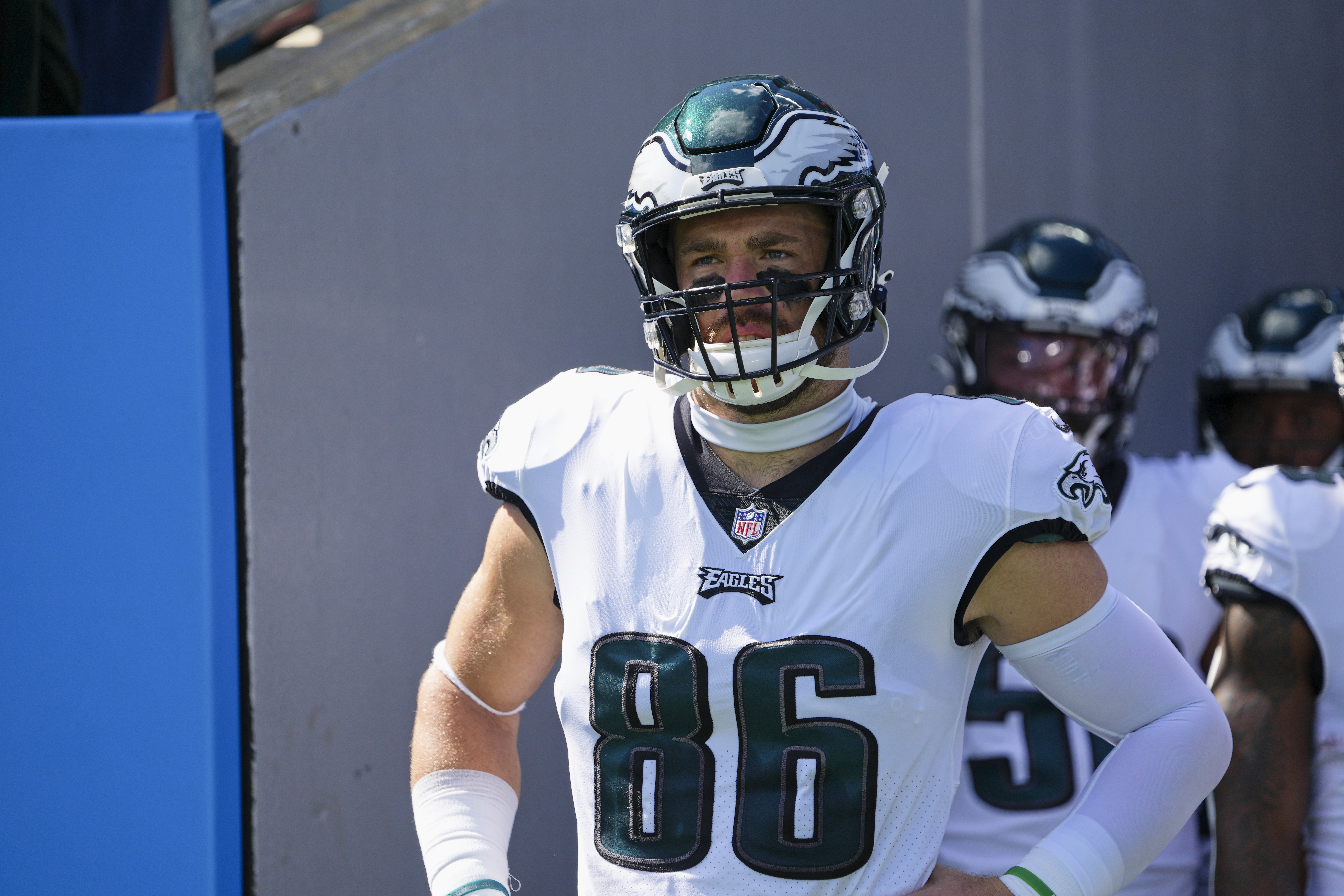 If the Philadelphia Eagles decide to move on from Zach Ertz before the Nov. 2 trade deadline, there are at least two teams that could have interest in the veteran tight end.

Per ESPN’s Jeremy Fowler, executives around the NFL believe the Buffalo Bills and Indianapolis Colts are potential landing spots if Ertz is moved.

Ertz’s name has come up in trade speculation often for more than one year.

Before the Eagles placed Ertz on short-term injured reserve last October with an ankle injury, Sports Illustrated‘s Albert Breer noted the team was receiving calls about the three-time Pro Bowler.

After nothing came of those discussions, Ertz was frequently discussed during the offseason and throughout training camp this year.

Fowler reported in June that at least three clubs called the Eagles about the 30-year-old, but a move seemed difficult because Philadelphia made it clear it wouldn’t make a deal just to give Ertz away.

With the Eagles off to a 2-3 start this season and Ertz in the final guaranteed year of his contract, exploring trade options makes sense for the organization.

The Colts would seem like a logical landing spot. Head coach Frank Reich was Philadelphia’s offensive coordinator for two seasons from 2016-17. Ertz had 152 receptions, 1,640 yards and 12 touchdowns when Reich was running the Eagles offense.

The Bills could use additional help at tight end. Dawson Knox had a breakout game on Sunday with 117 yards and one touchdown on just three receptions. He didn’t have one game with more than 50 receiving yards in the first four weeks of the season.

Ertz is owed $8.5 million this season with two void years on his contract for 2022 and 2023. He ranks fourth on the Eagles with 160 receiving yards on 14 receptions through five games.