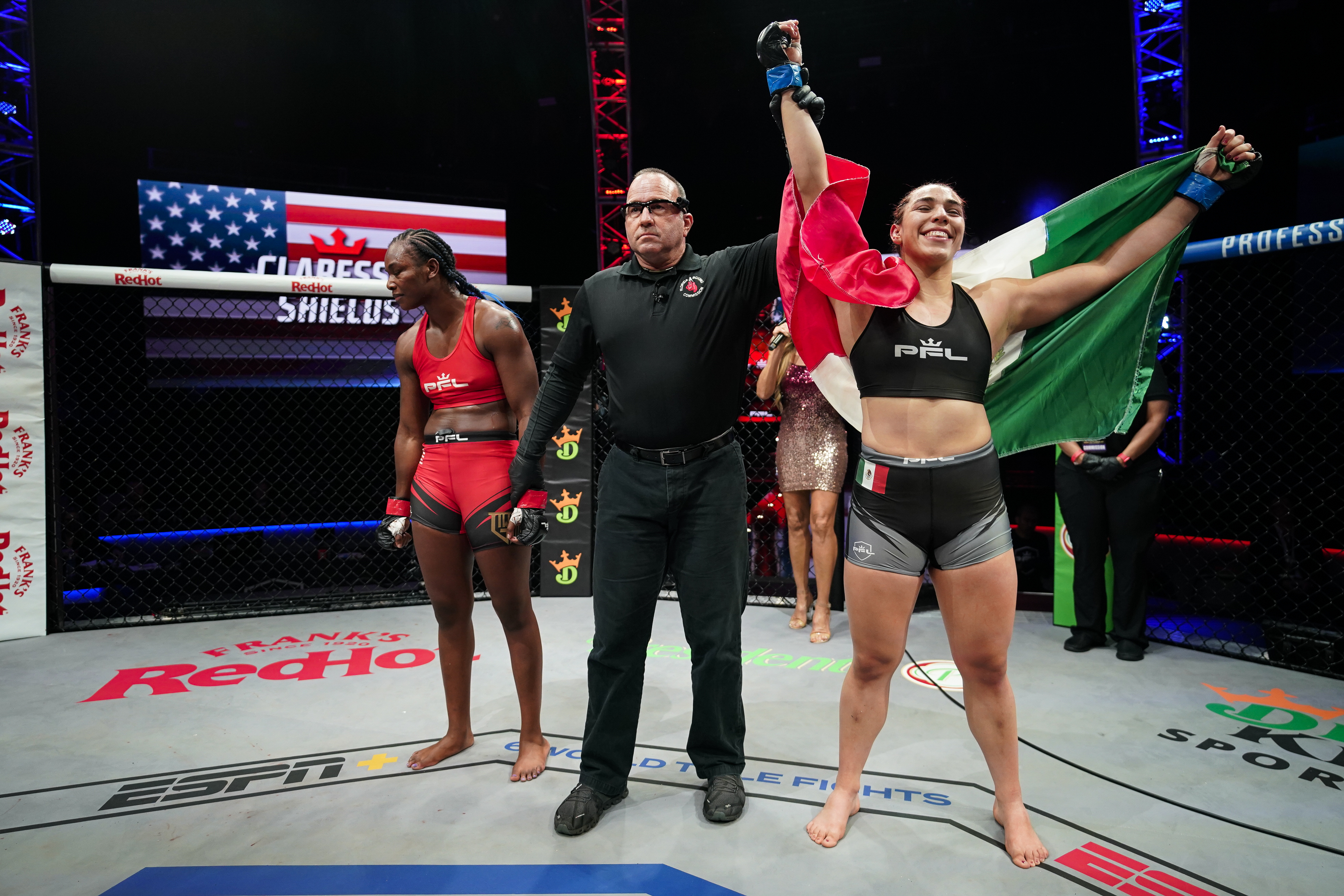 The 2021 PFL Championship took place on Wednesday night at the Seminole Hard Rock Hotel & Casino Hollywood. The main card aired on ESPN2 and streams on ESPN+ with the prelims exclusively on ESPN+.

It was a fairly uneventful fight that had Montes being the more dominant fighter in the grappling department.

Montes mainly remained on the outside and looked to clinch and take the fight to the ground while avoiding Shields’ boxing. Montes wasn’t able to do much in Round 1, but she was able to have a good amount of success in Rounds 2 and 3.

In the second round, Shields had little offense and was pressed by Montes against the cage. Montes was also able to get the fight to the ground and control the fight there despite not having much of a striking offense.

In the third round, Shields didn’t get much of an offense on her feet. Montes got a takedown and controlled and landed ground-and-pound for half of the round.

With the result, Montes remained unbeaten. The 21-year-old trains out of Lobo Gym in Guadalajara alongside notable talents such as Irene Aldana, Alexa Grasso, Karina Rodriguez, and Alejandra Lara.

Shields is running professional careers in both boxing and MMA. She’s expected to defend her WBA, WBC, IBF, and The Ring female middleweight titles against Ema Kozin on Dec. 11 in Birmingham, England.

Shields made her jump to MMA back in June. The boxing champion successfully got a start in MMA, defeating Brittney Elkin via third-round TKO at 2021 PFL 4. Shields has been preparing and doing her MMA training at world-renown gym JacksonWink in Albuquerque.

The up-to-the-minute 2021 PFL Championship results include: