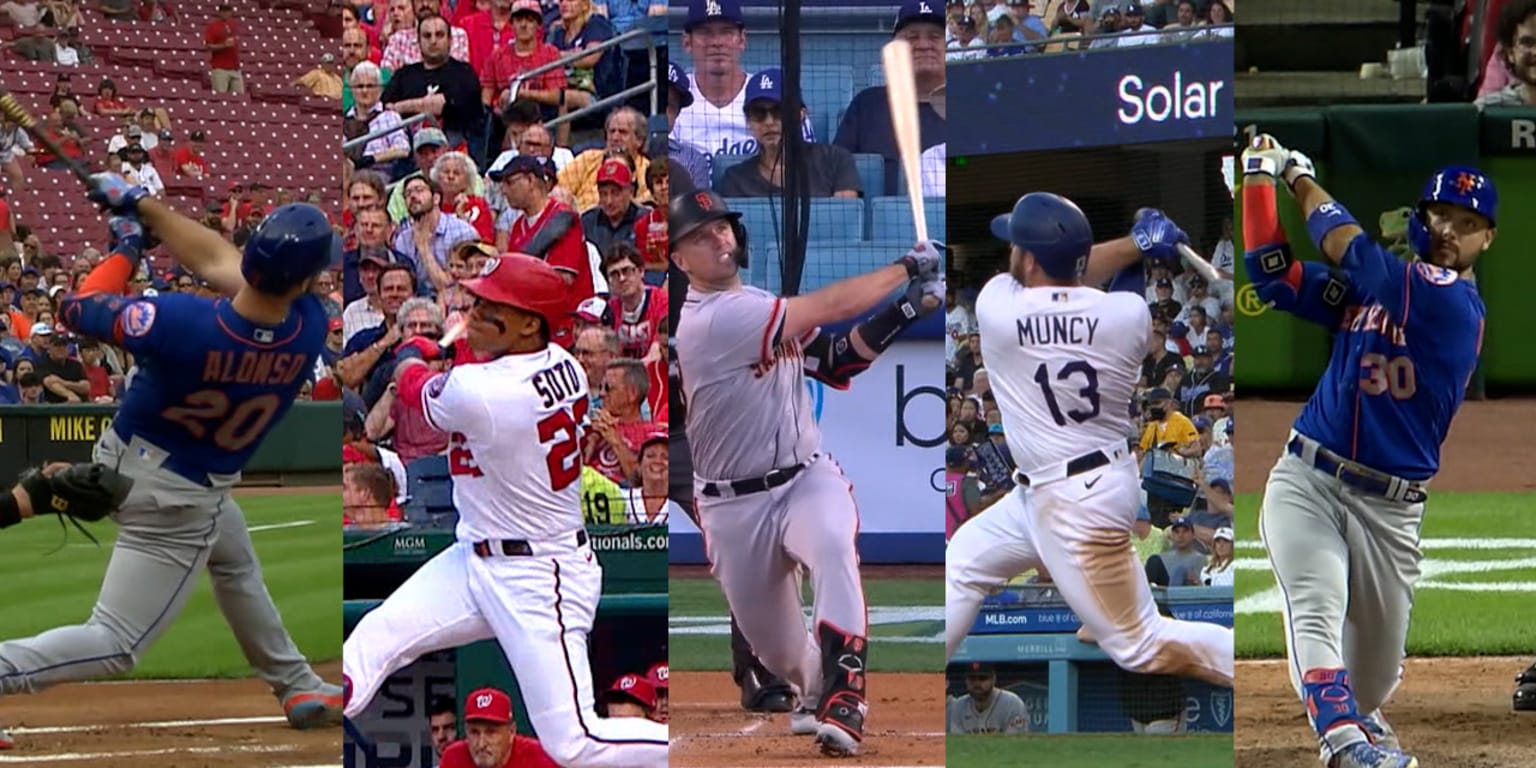 The Home Run Derby might have been a week ago, but no one told hitters across the Major Leagues.

Fourteen hitters across six different teams made history on Monday and smacked seven separate sets of back-to-back home runs, an MLB record according to Stats by STATS.

Two of those sets came in the same inning when Buster Posey and Wilmer Flores launched two dingers to kick off the Giants’ matchup with the Dodgers in the first. Max Muncy and Justin Turner then returned the favor with a pair of solo shots.

Juan Soto and Josh Bell sent two into the D.C. sky in the first inning as well, leading the charge in an 18-1 win over Miami. Soto proved the Derby Curse a hoax, slamming an additional homer in the game and his fifth in the past four games.

Mets sluggers Pete Alonso, Jeff McNeil, Kevin Pillar and Michael Conforto all did it in one game, as Alonso and McNeil opened the scoring for New York with a pair of homers in the first and Pillar and Conforto ended the night by smashing two in the 11th inning. The Mets rode the long ball to victory, as they hit seven combined in their 15-11 marathon with the Reds.

Pavin Smith and Josh VanMeter powered the D-backs to a 4-2 win over the Pirates, hitting their homers in the second inning. Former D-back Paul Goldschmidt was a part of the fun as well, going back-to-back with Dylan Carlson for St. Louis.