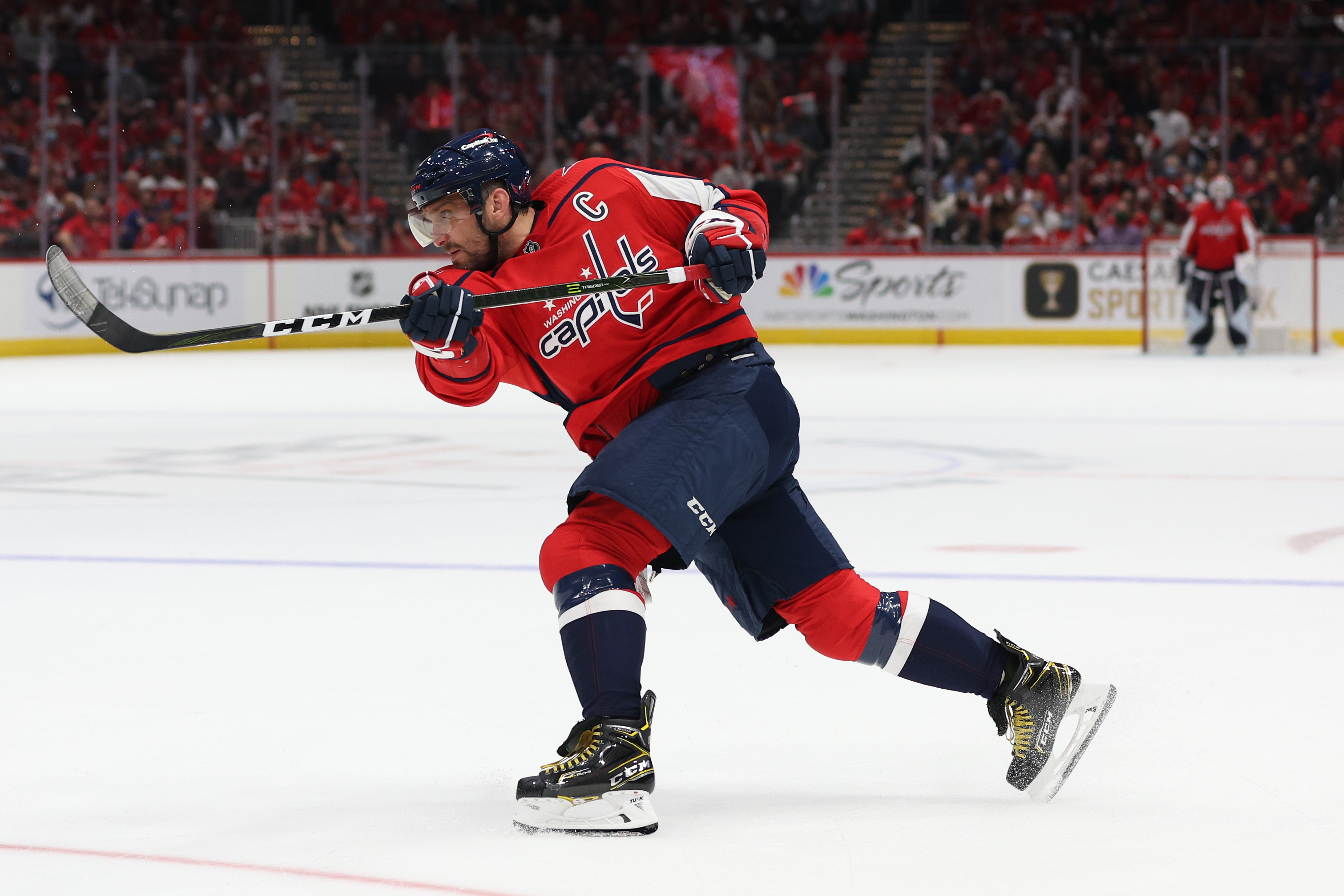 Alexander Ovechkin posted two goals and two assists to lead the Washington Capitals to a 5-1 win over the visiting New York Rangers on Wednesday at Capital One Arena.

Ovechkin, who entered this season sixth in NHL history with 730 regular-season goals, is now all alone in fifth after passing ex-center Marcel Dionne.

The 36-year-old was a game-time decision because of a lower-body injury beforehand, but he took the ice and dominated en route to an emphatic victory.

Both of his goals came in the third period to cap Washington’s scoring. His assists led to power-play goals from T.J. Oshie and Justin Schultz to start Washington’s five-goal onslaught.

In the middle, Hendrix Lapierre netted a goal of his own for a 3-0 second-period lead.

Washington goalie Vitek Vanecek earned the win after amassing 23 saves. New York’s lone goal was courtesy of Chris Kreider on the power play in the third to cut Washington’s edge to 4-1.

The game served as the 2021-22 season opener for both teams.

The Washington Capitals played like they’re primed to win their second Stanley Cup in four seasons after a dominant performance.

OSHBABE ON THE POWER PLAY!*

Oshie is typically a stud on power-play efforts, and he’s continued that into this season.

T.J. Oshie opens the game with the Capitals’ first goal of the season. Since joining the Capitals in 2015-16, Oshie’s 57 power play goals rank second on the Capitals (Alex Ovechkin: 93) and tied for sixth in the NHL during that span.

The Capitals somehow only had seven shots on goal through 32 minutes, so the Rangers still had some hope despite being down 1-0 in the latter half of the second period.

That was soon extinguished.

First, Schultz’s laser from the blue line on yet another power play gave the Caps the 2-0 edge:

Twenty-four seconds later, the 19-year-old Lapierre made the most of his NHL debut to put the Caps up 3-0:

Tarik El-Bashir of The Athletic set the scene:

Hendrix Lapierre, 19, in his first NHL game just scored on a slick drop pass from T.J. Oshie to make it 3-0 over NYR on opening night. Players on the ice went nuts. Bench went nuts. Crowd went nuts. What a moment. #Caps

That put the Rangers in a dire spot entering the third period, and that’s when Ovechkin shut the door.

Ovechkin simply caught the Rangers sleeping in their own zone later on for the fifth and final Capitals goal:

And thus ended the Capitals’ first game, which couldn’t have gone much better as the team looks primed to contend for the Stanley Cup.

The Caps will stay in town to welcome the defending Stanley Cup champion Tampa Bay Lightning on Saturday at 7 p.m.

The Rangers will host the Dallas Stars for their home opener Thursday at 7 p.m. ET in Madison Square Garden.