All the features coming to San Francisco’s forthcoming waterfront park 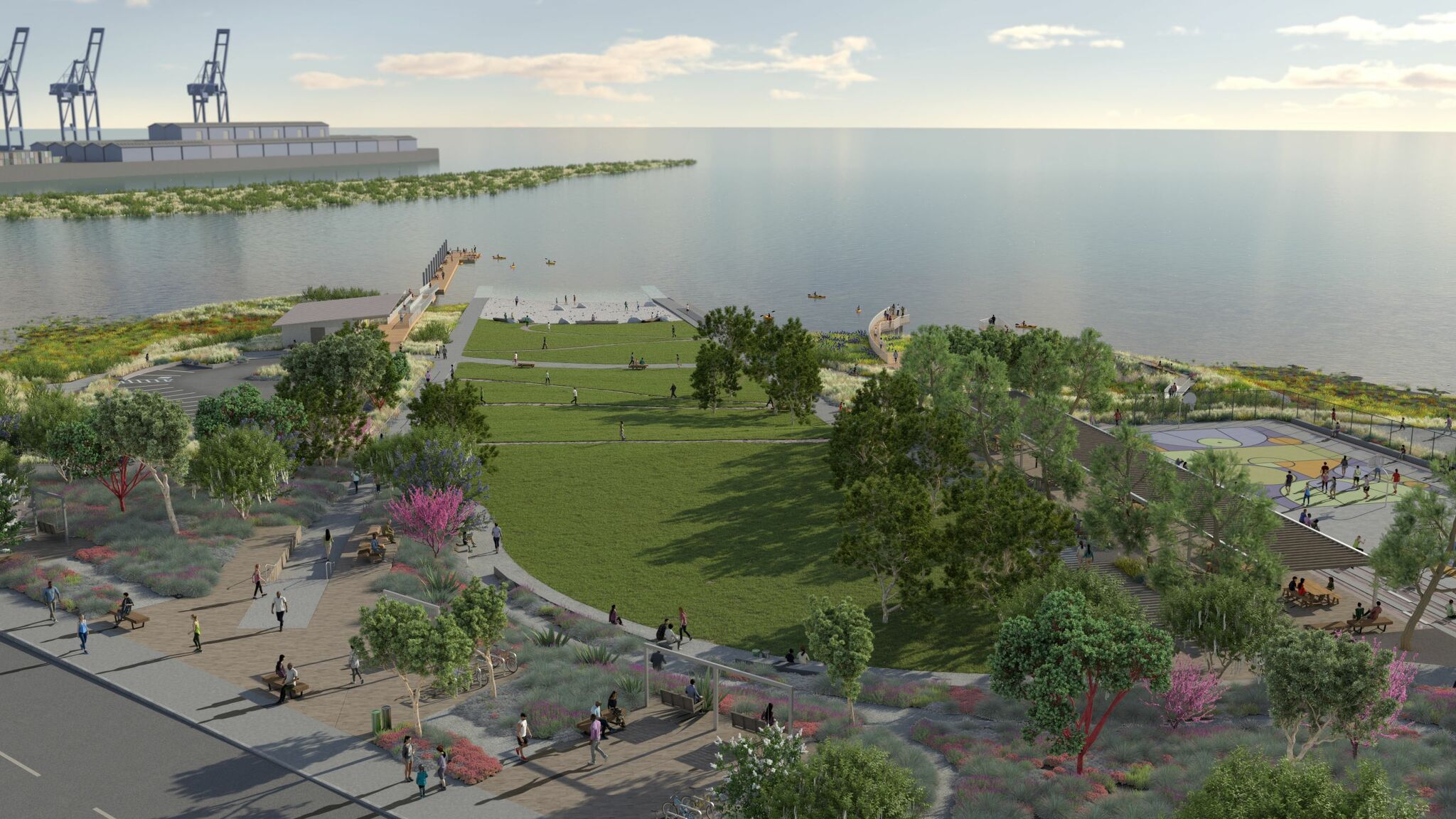 Editor’s note: This story was updated at 11:45 a.m., Sept. 20, to correct information about environmental remediation and remove references to the park area being a superfund site, which it is not.

A project to transform a defunct boatyard into a waterfront park linking 64 acres of open space along the city’s often-overlooked far southeast corner finally broke ground Wednesday, after 10 years of planning.

The lot at 900 Innes Ave. is a 10-acre piece of land along the Bayview-Hunters Point shoreline. Once the site of a boatyard, the area has been fenced off and inaccessible to the public for three decades – it was even featured in the opening sequence of “The Last Black Man in San Francisco,” in which a preacher stands on a milk crate in front of the property, shouting, “This is your home! Do something!”

And something is finally being done: Wednesday’s groundbreaking ceremony marked the start of a process that will turn 900 Innes into India Basin Waterfront Park, complete with walkways, gardens and wildlife habitats. At $140 million, it will cost more than any other park project in the city’s history.

“This is a historic moment for San Francisco and the Bayview-Hunters Point community,” said Mayor London Breed on Wednesday. “India Basin Waterfront Park will transform a neglected shoreline into a modern, world class park that reflects and benefits the people who live here now, and for generations to come.”

India Basin Waterfront Park will connect the two parks that border it – India Basin Shoreline Park and India Basin Open Space –  and close a gap in the bike and pedestrian path that will eventually stretch from the Embarcadero to Candlestick Point. According to a press release from the Recreation and Park Department, the park will feature gathering docks, lighted paths and walkways, a plaza for public events and farmers’ markets, and “an ecological education area where visitors can observe tidal mudflat habitats and native birds through small paths, decks, and viewing platforms.”

Construction of the park is the second phase of the project. The first phase was an 18-month cleanup and remediation of the area, made necessary by debris and contaminants left behind during more than a century of boat building and ship repair. According to a document published by the city’s planning department and the U.S. Environmental Protection Agency, investigations conducted at 900 Innes revealed heavy soil contamination by copper, zinc and lead.

The project’s hefty price tag is being funded through a mix of state funding, city bonds and private donations.

“It is exciting to continue to provide more usable open spaces for the Bayview-Hunters Point community. Water access at India Basin is a major plus for residents in the area,” said Board of Supervisors President Shamann Walton on Wednesday. “I can’t wait to see everyone enjoying this world class park that is long overdue.”