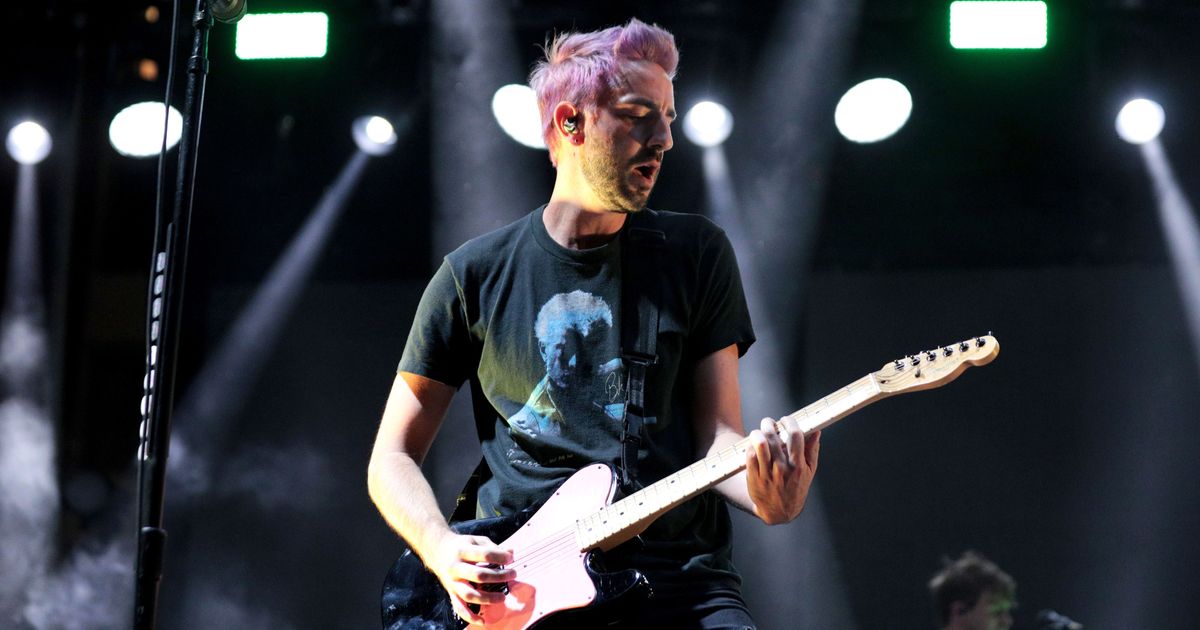 All Time Low guitarist Jack Barakat has been accused of sexually abusing an underage fan.
Photo: FilmMagic/FilmMagic for Life is Beautiful

All Time Low has made a statement denying claims of sexual abuse and misconduct after multiple fans came forward with allegations against guitarist Jack Barakat. “The allegations being brought against us are completely and unequivocally false,” the pop-rock band wrote in an all-caps statement on Twitter, going on to threaten legal action against the accusers. The band’s statement referred to a TikTok posted weeks before in which a woman said “a famous pop punk band let me on their tour bus when I was 13.” She added in the comments that the band “tried to take my bra” and hinted it was All Time Low. Another fan posted a long Twitter thread under the account @ATLstatement alleging years of sexual abuse by Barakat from the time the fan was 15 to when she was 21. (The account has since been suspended, but the thread was screenshotted and reposted.) “Jack Barakat has hurt me in more ways than I have ever previously shared,” the fan wrote. Among detailed allegations against Barakat, the fan claimed one of the band members once “physically [walked] in on me being sexually assaulted.”

All Time Low’s statement, which didn’t mention the Twitter thread, said the band did not reply to the viral allegations at first because “a response would have elevated and escalated an outright lie.” The band went on to claim, “We have only ever wanted to cultivate and nurture a culture around our shows and band that is welcoming, healthy, and safe.” The allegations aren’t the first time Barakat has faced attention for his relations with underage girls. Us Weekly reported in 2013 that Barakat, at the time 25, was dating actress Abigail Breslin, at the time 17. @ATLstatement’s Twitter allegation says she was involved with Bakarat the same year as Breslin, when she, too, was at 17.

Despite firmly denying the TikTok allegations and promising a legal response, the band members said they “will continue to listen” amid the abuse claims. The statement continued, “At this point it is of the upmost importance to us that you know we hear you, we stand with victims, and we stand collectively for truth.”