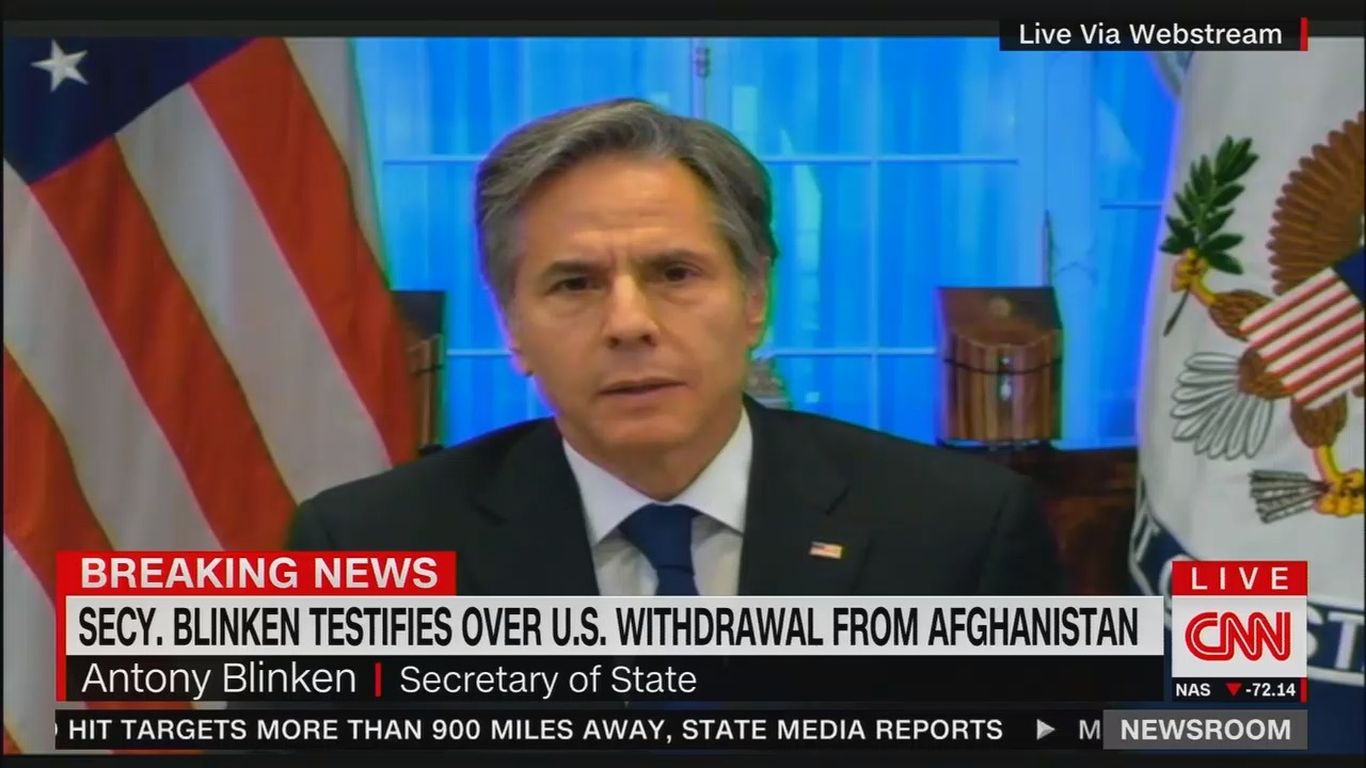 Secretary of State Antony Blinken delivered an unwavering defense of the Biden administration’s withdrawal from Afghanistan on Monday, insisting it was “time to end America’s longest war” and praising the evacuation from Kabul as “extraordinary.”

Why it matters: Blinken, who is appearing Monday before the House Foreign Affairs Committee and Tuesday before Senate Foreign Relations, is the first senior Biden official to testify on Afghanistan in the wake of the chaotic withdrawal. Tempers flared in the first session, with House Republicans accusing Blinken of lying and demanding his resignation.

Highlights: Blinken was pressed on how the U.S. would conduct counterterrorism operations in Afghanistan now that it no longer has a local partner, extensive intelligence capabilities or a regional air base. Blinken declined to go into detail and proposed discussing the matter with the committee in closed session.

The big picture: Blinken has been the target of blistering criticism by Republicans. GOP lawmakers berated him and refused to let him respond to questions several times during the hearing, accusing him of “betrayal” and incompetence.

This story is developing. Please check back for updates.