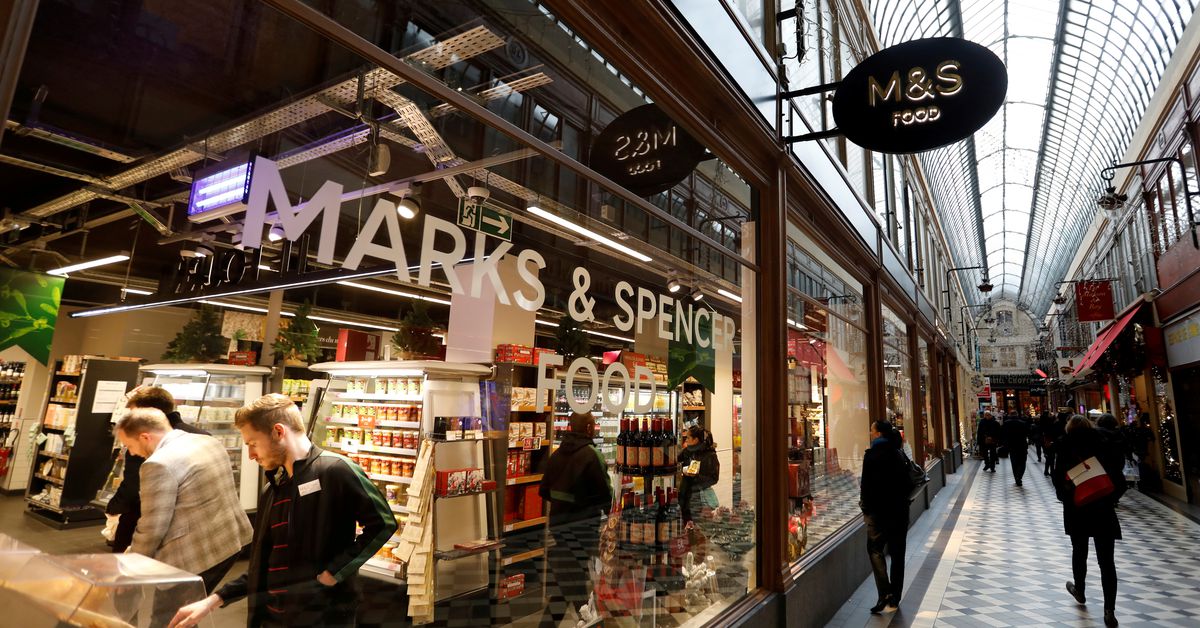 A Marks and Spencer store is seen in the covered Jouffroy passage in Paris, France, December 11, 2018. REUTERS/Charles Platiau

LONDON, Sept 12 (Reuters) – British retailer Marks & Spencer (MKS.L) said on Sunday it was reviewing the future of its French business, with new trade rules in place since Britain left the European Union continuing to impact product availability in stores.

“In light of the new customs arrangements we are taking decisive steps to reconfigure our European operations and have already made changes to food export into Czech Republic,” said an M&S spokesperson.

“We operate a franchise business in France and are currently undertaking a review of the model with our two partners in the market.”

M&S operates about 20 stores in France with partners SFH and Lagardere (LAGA.PA).

M&S did not comment on a Mail on Sunday report that it is expected to close stores in France and may even stop selling its popular sandwiches and chilled food in the country altogether.

The newspaper said M&S could make an announcement in the next few weeks.

M&S Chairman Archie Norman has complained the retailer has struggled to get goods into EU members Ireland and France since Britain left the EU’s single market at the beginning of the year, due to the huge amount of paperwork that was required. read more

Last month, M&S upgraded its profit outlook after a jump in demand for food and a surge in online clothes sales indicated that its latest turnaround plan was starting to deliver.