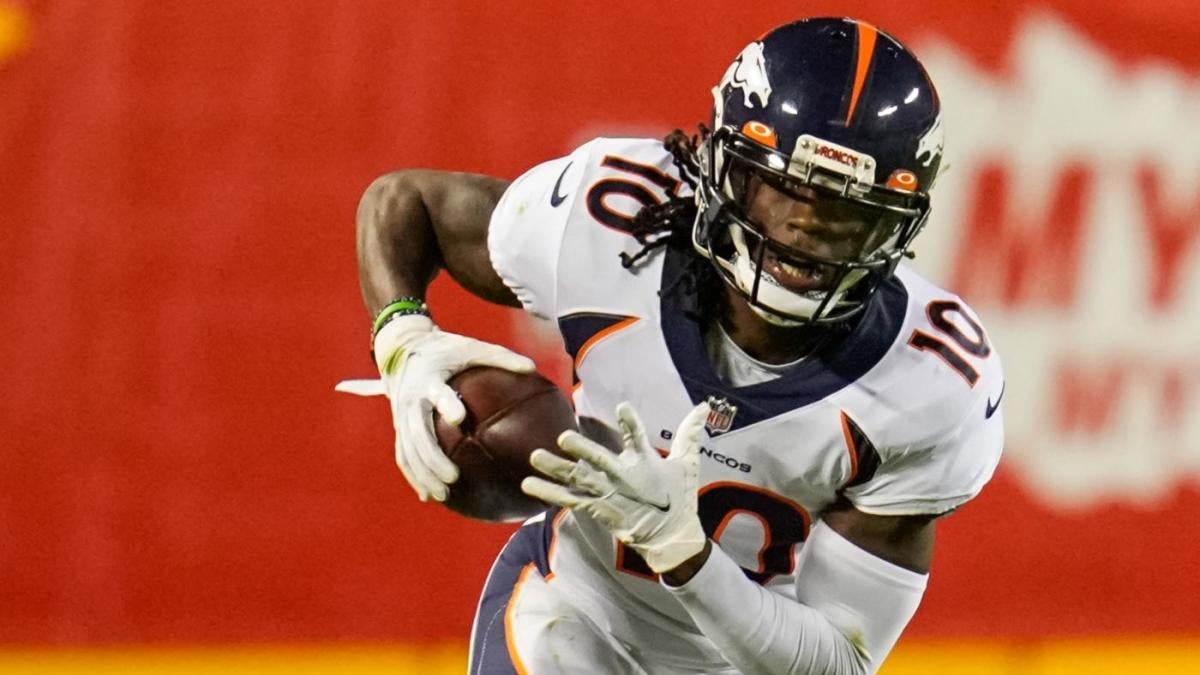 Amid his first offseason preparing alongside new quarterback Russell Wilson, star Broncos wide receiver Jerry Jeudy has been sidelined indefinitely due to an off-field issue. On Thursday, the former first-round draft pick was arrested in Colorado on charges of second-degree criminal tampering as part of a domestic violence case, the Arapahoe Sheriff’s Office announced.

Sheriff Tyler Brown later clarified that the accuser is the mother of Jeudy’s 1-month-old daughter, but that no physical contact was made as part of the incident. Deputies were dispatched, Brown explained, after the woman asked for a “keep the peace” situation, alleging Jeudy had her “property” and could not access it.

According to the Arapahoe County police report, “things got crazy” between Jeudy and the mother of his child who said Jeudy put her wallet, medical paperwork for their child and other things in his car.

Currently detained in the Arapahoe County jail, about an hour southeast of Denver, the 23-year-old Jeudy was booked by sheriff deputies between 11:30 a.m. and 12:30 p.m. (MT), per the Sheriff’s Office, and is being held without bond. That means he is required to remain in jail until a judge can issue a restraining order related to his case, per NFL Media, with a hearing likely to be take place in the next 24 hours.

Jeudy’s charge of second-degree criminal tampering indicates interference with another person’s property “with intent to cause injury, inconvenience or annoyance,” as Tom Pelissero reported. The charge, a misdemeanor, includes a “domestic violence enhancer,” which designates Jeudy’s relation to his accuser.

The former Alabama star, drafted 15th overall in 2020, had been especially active this offseason, attending his team’s voluntary workouts and minicamp to build chemistry with Wilson. He figured to enter 2022 as the QB’s No. 1 receiver opposite Courtland Sutton, totaling 90 catches and 1,323 yards in two NFL seasons. Jeudy missed seven games during the 2021 campaign while recovering from a high-ankle sprain.