Bucks’ P.J. Tucker on Kevin Durant: ‘He’s the Best Scorer I’ve Ever Seen in My Life’ 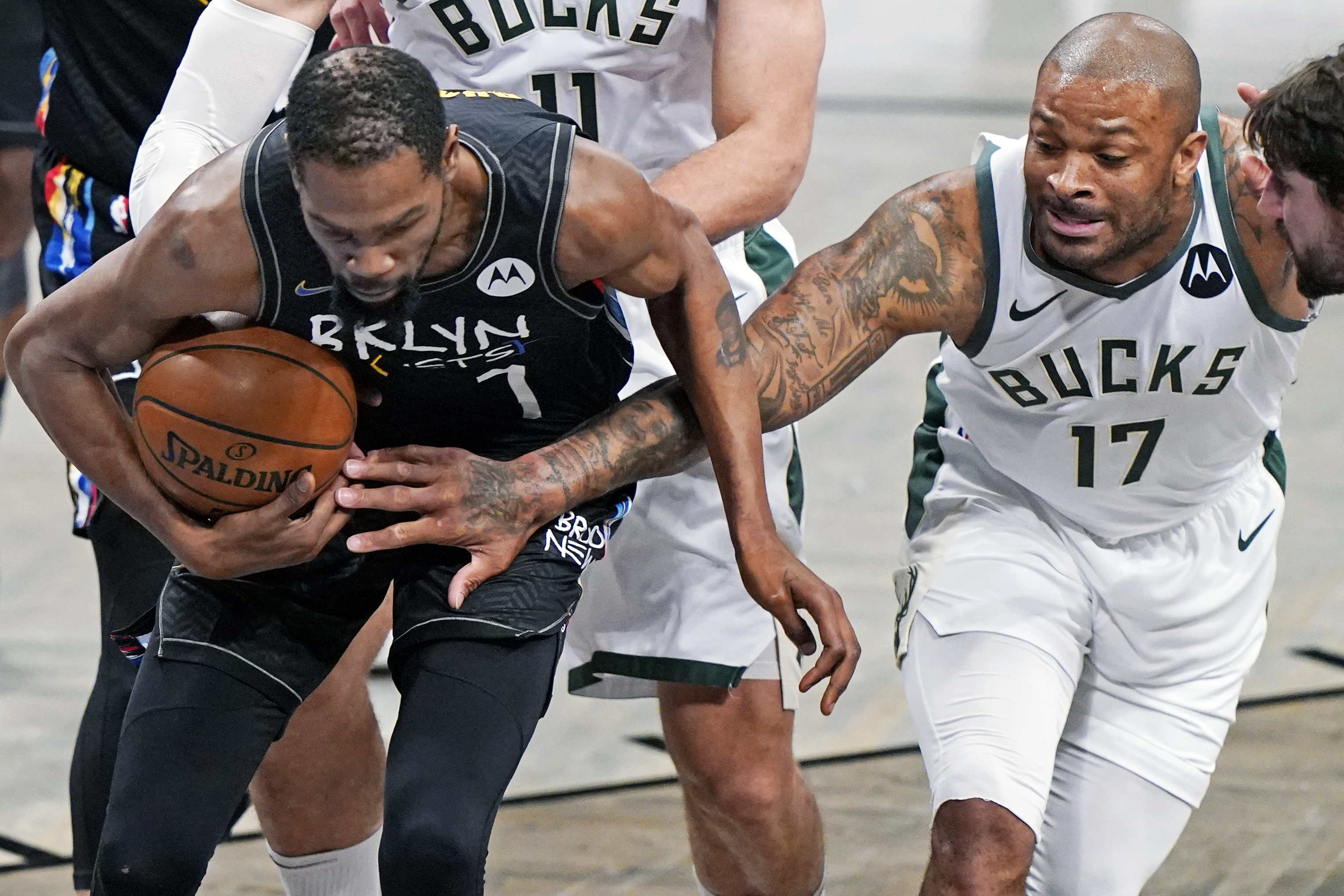 P.J. Tucker had nothing but love for his fellow Texas Longhorn after the Milwaukee Bucks’ 104-89 victory over the Brooklyn Nets to push their second-round series to seven games.

“Me and Kevin fight every year,” he told reporters when talking about Kevin Durant. “… I love guarding him. I enjoy it. He’s the best scorer I’ve ever seen in my life … that’s my brother, we compete, we fight every game, we’re gonna fight again in Game 7.”

“Me and Kevin fight every year…I love guarding him. I enjoy it. He’s the best scorer I’ve ever seen in my life…that’s my brother, we compete, we fight every game, we’re gonna fight again in Game 7”

PJ Tucker vs. Kevin Durant – not the disrespectful rivalry you think it is. pic.twitter.com/QAVvKPmdFN

Tucker continued, talking about the opportunity to guard such an impressive player on this stage.

“It’s the playoffs, man,” he said. “I don’t know what people think. We dream about this our whole lives. You dream about being in the playoffs and guarding the best player in the world. Like, I’ll die out there. I’m living my dream.”

Despite Tucker’s solid defense, Durant still scored 32 points to go along with 11 rebounds. Yet he had seven turnovers and wasn’t as unstoppable as he was in Game 5 when he exploded for a 49-point triple-double.

That it was Tucker and others guarding Durant and not Giannis Antetokounmpo was notable since there was some discussion about the Bucks’ go-to option also defending KD.

The formula worked in Game 6, which means Tucker and Durant will have one more opportunity to go at it with the series on the line.

Giannis Says Bucks Are ‘Built for This Moment’ Ahead of Bucks vs. Nets Game 7
Brind’Amour of Hurricanes wins Jack Adams Award as NHL coach of year