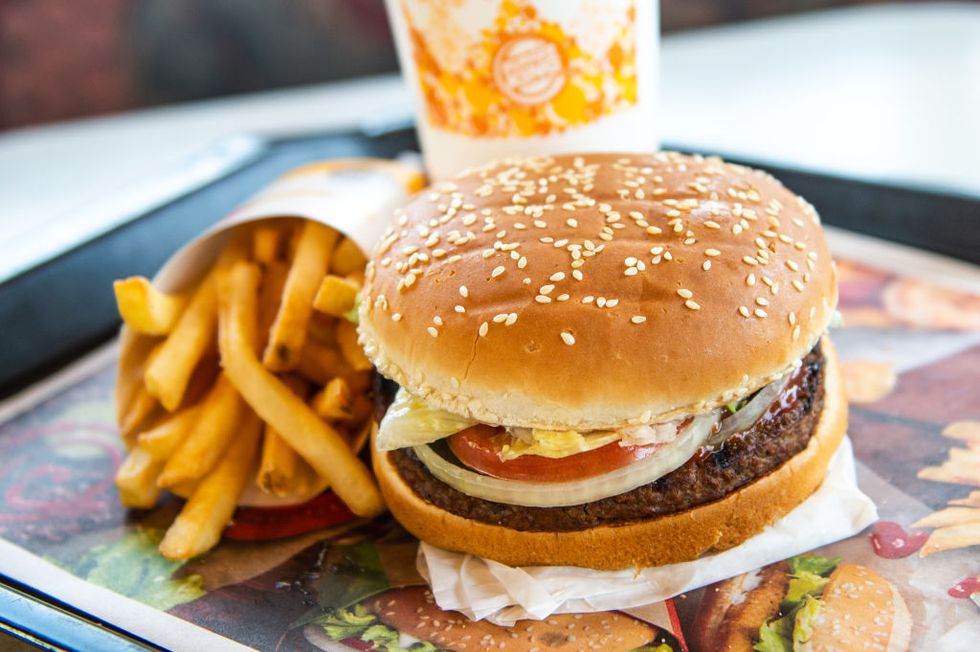 The fast-food chain has permanently banned 120 artificial ingredients from its menus nationwide.

Now, Burger King is surely not the first to make this move. Chipotle did this ages ago. Panera has its No No List. Subway banned the “yoga mat” chemical, azodicarbonamide, in 2014, after a blogger named the Food Babe rose a stink (man, simpler times).

So, which ingredients did Burger King ban? According to information sent along by a press contact, here’s the list:

If (for whatever reason) you read through that list thoroughly, you’ll notice that BK is removing a bunch of food colorings, 12 types of sodium, artificial trans fat (although it’s unclear as to if they’ve just done that recently, given that the FDA deemed trans fat no longer “Generally Recognized as Safe” in 2015), and azodicarbonamide (WHERE YOU AT FOOD BABE?)

Burger King’s rationale, according to their press release, which rings of Hemingway-esqe prose: “We firmly believe that real food doesn’t have to compromise on taste, so there have been no compromises to the authenticity of every crunch, sizzle, and Mmmm our guests expect from their BK favorites.”

The chain stops short of calling this move a toward healthier food, but the message is implied: Do you see how shiny our crown looks? That’s our new health halo!

“In fact, many of the ingredients on the list, such as MSG, vanillin, bleached flour, glutaminc acid, and astaxanthin are completely harmless,” Langer says. “Burger King is still fast food that’s mostly ultra-processed.”

Chris Mohr, Ph.D., R.D., a Men’s Health nutrition advisor, puts it this way: “While this front-facing marketing sounds great, that’s a very small piece—barely a blip on the map—to a very large puzzle of well-being. Tell me what’s replacing these ingredients or if more salads or sides of fruit will be offered on the menu.”

Because this is a thing now.

To further prove our point, here’s the nutrition numbers on Huddy’s meal combo of a hand-breaded Spicy Ch’King with cheese, 4 piece mozzarella sticks, and a 16oz chocolate shake.

All told the meal comes to…

That’s an under-estimate, too, because there’s no way to find the nutritional numbers online for the slice of cheese Lil’ Huddy adds to his chicken sandwich.

It’s a whopper of a meal, indeed, with way too many calories, sugar, and empty carbs to possibly call it healthy.

But at least he’s not also ingesting the yoga mat chemical … right?