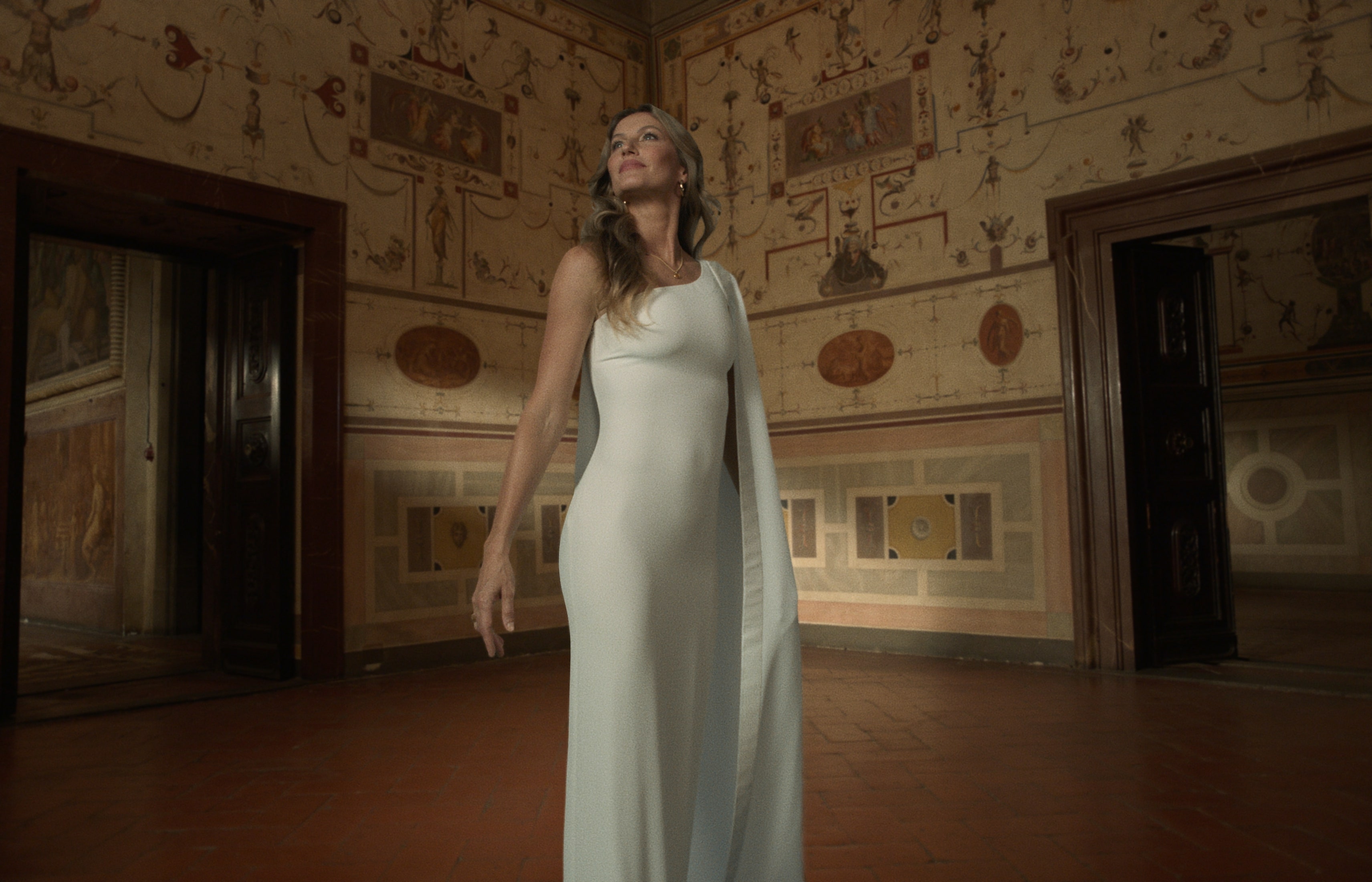 Honoring cultural luminaries of all sorts through a digital show, the first-ever Renaissance Awards took place this past week. Brought to audiences by Eco-Age and Pulse Films, the award show was presented through a decorative film set at the iconic Palazzo Vecchio in Florence. Augmented reality and special effects played a supporting role to the evening’s presenters, which included Nile Rodgers, Colin Firth, Gisele Bundchen, Ahad Raza Mir, and Annie Lennox. Ben Harper treated audiences to a serene guitar performance towards the end of the show.

“A renaissance is made up of a lot of ideas—contagious ideas that spread and infect others, that grow, to make up an irreversible shift. This year the Renaissance Awards reflect a reimagining, rebuilding, and reframing of such scale and opportunity that there is an obvious parallel,” says Livia Firth, creative director & co-founder of Eco-Age.

The new age that Firth is alluding to expands beyond the arts. Instead, it encompasses young thought leaders that are working to create a world that is socially just, economically inclusive, environmentally restorative, and technologically balanced. Presented by actress and model Indya Moore, the premiere Renaissance Awards Digital Creator title was awarded to LGBTQ+ activist Chella Man. “I feel so appreciated and understood. The world that I’m striving towards exists at this moment,” Chella Man said.

As a digital green carpet followed the ceremony featuring stars like Julianne Moore and Stanely Tucci, one couldn’t help but be excited for this dawn of a new age.