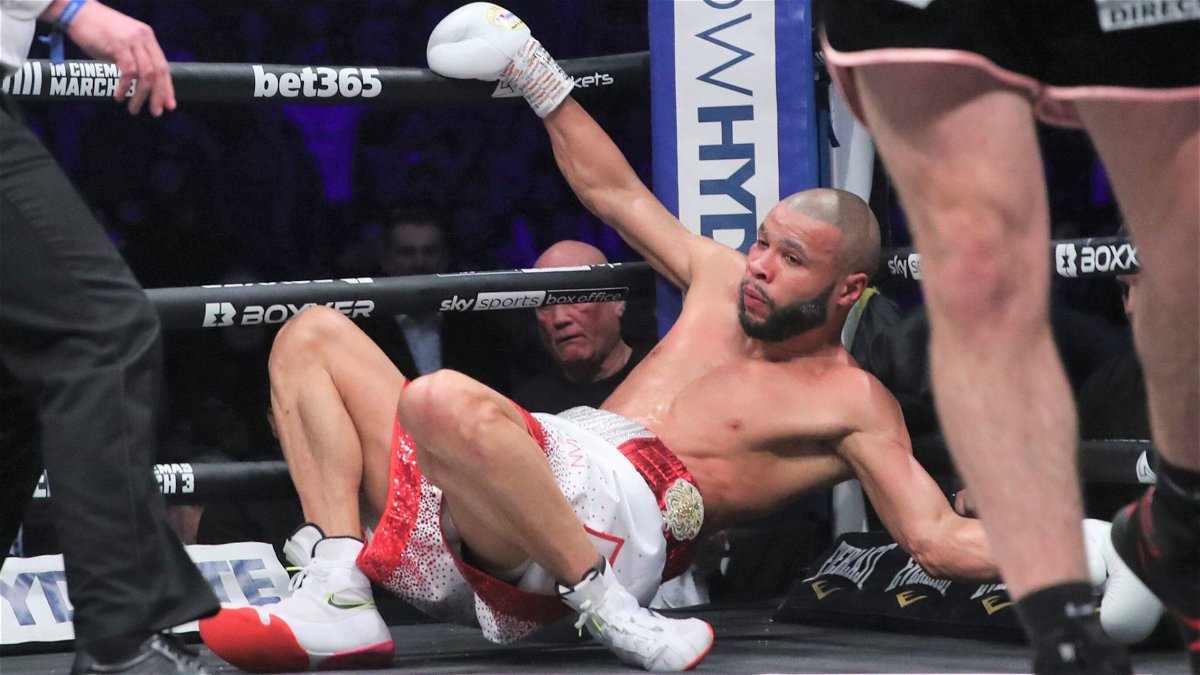 Middleweight boxer Chris Eubank Jr was stupefied by a blazing uppercut followed by continuous blows from the hands of Liam Smith. The Brighton Boxer found himself counting stars in the fourth round of their fight. The bout took place in the city of Manchester on Saturday night. By the end of the third round, it looked like Eubank Jr had an edge, and hence nobody saw the knockout coming.

It is safe to say that Eubank Jr was dominating the bout until the fourth round when Liam Smith came in like a fireball. Smith blew punches one after the other and then made his golden shot, which finally secured him the win.

The former junior middleweight champion actually had to move up in weight in order to establish the fight with Eubank. While Smith wasn’t the one who was probable to score a win, he definitely turned the tables by grounding Eubank as he did. Smith’s whole agenda behind taking up this fight was just to improve his future prospects. As this wasn’t a title fight, there was nothing on the line.

Chris Eubank Jr. felt he could still go on with the fight

Eubank couldn’t process his loss as he seemed to be in denial in his post-fight interview with Sky Sports Boxing. “A tough night? No, I wouldn’t even say that, I was having fun, I was landing my shots, I was enjoying the moment,” he said.

He even further stated. “And he (Liam Smith) caught me with a once-in-a-lifetime shot. I got up, I recovered, he put it on me again with a few more shots and the referee decided it was enough. I felt like I could go on. I felt like I was aware of what was happening, but it was the referee’s decision and I have to respect it.”

The first time, the Brighton Boxer was stunned, he managed to stand before the referee’s count, but he still seemed a bit fuzzy from falling down. But the moment, the fight continued, Smith quickly cut in the space between them and got the better of him. And the second time Chris Eubank Jr. touched the ground, the referee signaled to stop the fight.

The Brighton Boxer is still trying to accept his loss

Now, Eubank can’t even be called a ‘sore loser’ as he acknowledges his opponent’s skills. And he knows he can’t keep clinging to this loss his entire life. He knows he has to accept it and move on. So he does praise the attacks imposed by Smith, but he thought he had the fight in control.

“I think a lot of people didn’t see this happening, and it happened, but that’s okay. I’m okay with it. It’s part of the journey and I’ve still got a lot left so we’ll see what happens later on in the year. He had good hand speed, but it was that one sequence of shots. He threw a bunch of shots and one of them landed and it dazed me. I felt before that I was in control of the fight,” he said.

He has a rematch clause in the contract and Chris Eubank Jr is already thinking in that direction through his statements.

“That third round I was picking my shots, and, no disrespect, but every dog has its day. This was Liam’s night, and I respect him. There’s losing a fight and losing a fight. I was dominating the fight and then I got caught, so to me, I’m still able to perform and in my mind, I’m still the better fighter. Obviously, I don’t have much of an argument after a loss, but I have an argument to prove I’m the better fighter. It was a shot that landed, and it’s a fight I think the fans will still want to see further down the line.“

So, would it be interesting to watch these two warriors share the ring again sometime in the future? Let us know your views in the comment section.

“The Media Isn’t Talking About It”: Boston’s Hall of Famer Heaps Praise for ‘Failed’ Ex-Celtics Star Kyrie Irving Impressing the Nets Fans
A Lot of Ego in That Picture”: Rare Picture of Mike Tyson With MLB Legend Draws Strong Reactions