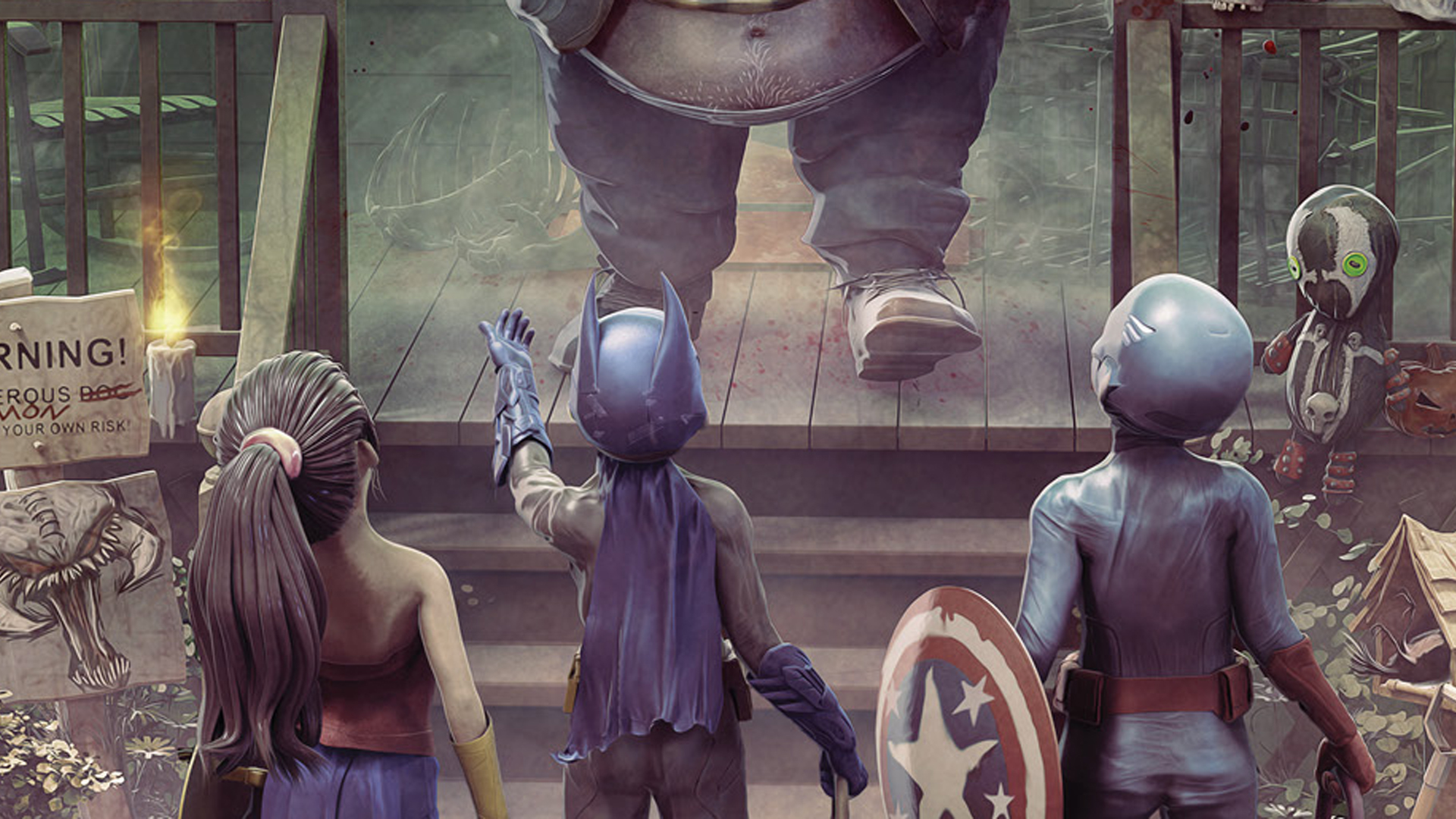 Rising cover artist Björn Barends has drawn Batman, Wonder Woman, and Captain America – or at least kids wearing knockoff Halloween costumes of the heroes – in not one but two Image Comics variant covers. October 20’s King Spawn #3 and October 27’s Spawn #323 will both have variant covers featuring the superhero-dressed kids trick-or-treating at both the former at the house of Billy Kincaid (aka the Ice Cream Man) and the other at the Violator’s house.

Check them out here:

“Since Halloween is such a nice holiday, I not only sent the kids to ring the doorbell at the clown’s house, but also to Billy Kincaid’s house to bring me some candy,” Barends writes on Instagram.

It’s particularly creepy to see kids at Kincaid’s door, as in the Spawn comics he’s not only a supervillain but also he specializes in kidnapping and killing children.

“Just in time for Halloween!” McFarlane tweets. “This cover is what nightmares are made of!”

Although these covers are evocative, it doesn’t appear they are hints at a larger story in King Spawn or the main Spawn book. It appears to be a fun setting for a variant cover, throwing in these thinly-veiled versions of DC and Marvel heroes – something McFarlane’s Spawn comics has done in the past.

Newsarama Senior Editor Chris Arrant has covered comic book news for Newsarama since 2003, and has also written for USA Today, Life, Entertainment Weekly, Publisher’s Weekly, Marvel Entertainment, TOKYOPOP, AdHouse Books, Cartoon Brew, Bleeding Cool, Comic Shop News, and CBR. He is the author of the book Modern: Masters Cliff Chiang, co-authored Art of Spider-Man Classic, and contributed to Dark Horse/Bedside Press’ anthology Pros and (Comic) Cons. He has acted as a judge for the Will Eisner Comic Industry Awards, the Harvey Awards, and the Stan Lee Awards. Chris is a member of the American Library Association’s Graphic Novel & Comics Round Table. (He/him)