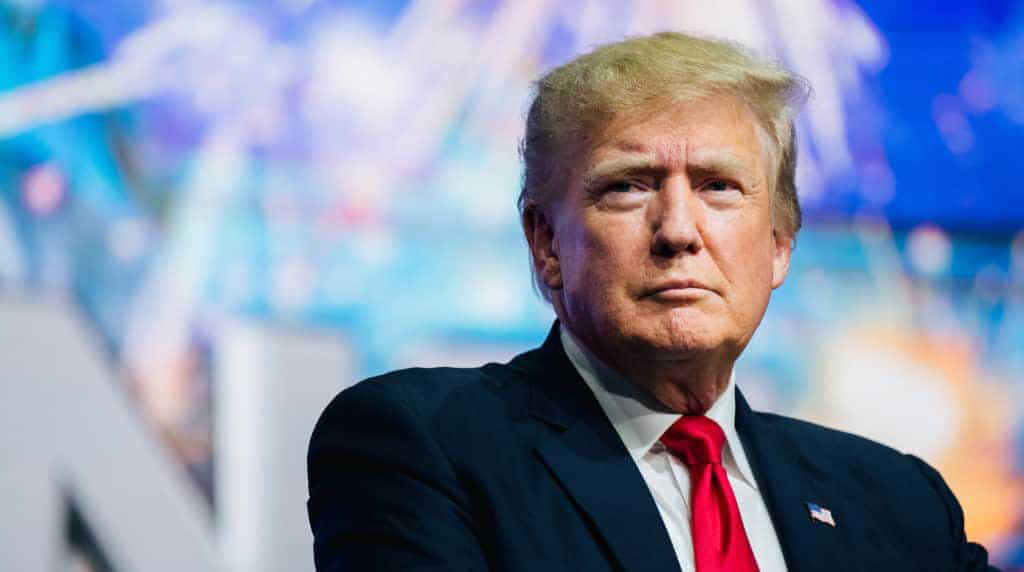 On Thursday, #DonaldTrump attended a press conference for the  Evander Holyfield vs. Vitor Belfort fight that’s taking place on Saturday.

While on the phone, he was asked a hypothetical question related to who he would go toe-to-toe with in a fight.

Well, after stating that fighting a professional boxer wouldn’t go so well, he opted to say that he’d fight President Joe Biden.

Trump stated, “If you said if I had to box somebody, I think probably my easiest fight would be Joe Biden,” he confidently expressed. “Because I think he’d go down very, very quickly. Very, very quickly.”

According to @tmz_tv, Donnie “is getting paid MILLIONS to call one of three broadcast options for the Triller fight on Saturday alongside his son, Don Jr.”

Trump will be joined by UFC’s Jorge Masvidal and Todd Grisham. Rapper 50 Cent will also be providing commentary during the main broadcast.

Well, you can always count on Donald Trump to make his voice heard, even if he’s banned from social media.

Could you imagine two men in their 70’s boxing?

Speaking of Trump and his messages, he recently spoke about the suicide bombings outside of the Kabul airport that took place last month.

Trump was adamant the attacks wouldn’t have happened if he were in office.

Roomies, what do you think of this?