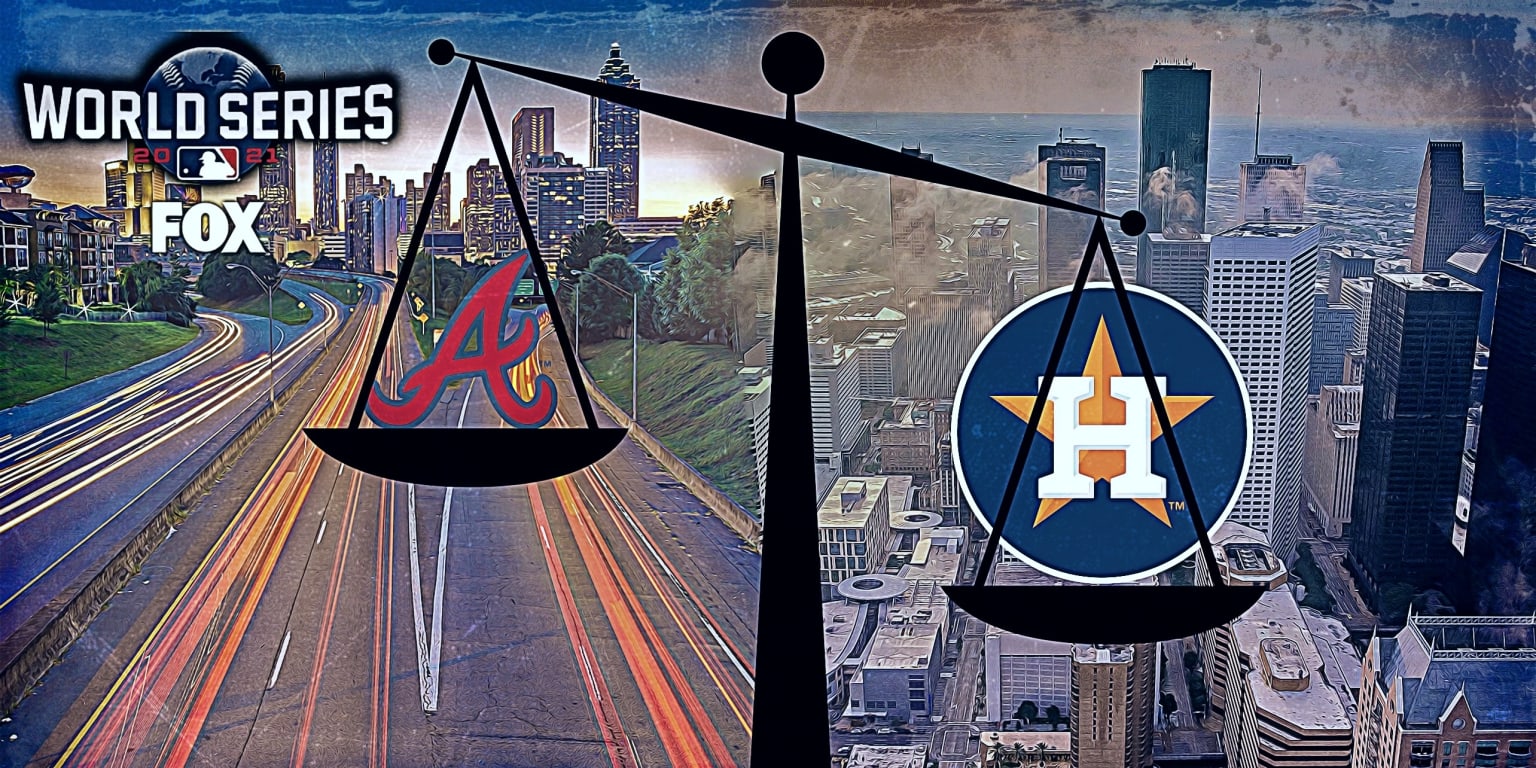 The Astros and Braves are about to face off in the World Series. Here’s what the experts have to say.

The 2021 Fall Classic starts Tuesday at Minute Maid Park in Houston, with Game 1 set to begin at 8:09 p.m. ET (watch on FOX). To reach the World Series, the American League West champion Astros (95-67) defeated the White Sox and Red Sox, while the National League East champion Braves (88-73) beat the Brewers and Dodgers.

MLB.com polled its reporters and analysts for their World Series predictions:

Who will win the World Series?

The Astros are playing in their third World Series in the past five years. The Braves, who came up just short of reaching the Fall Classic a year ago, are back in the World Series for the first time since 1999.

Only one of them can be the World Series champion, and the MLB experts see a clear favorite: Houston.

This was the final tally:

Why the Astros? One recurring theme among the responses was Houston’s relentless offense.

“The Astros’ lineup just doesn’t have easy outs and will wear down the Braves’ pitchers,” says analyst David Adler. “Having to go through the Dodgers’ and Astros’ offenses back to back will be too much for Atlanta.”

“The Astros have the best, deepest lineup in the game, and that’s an edge that just might win them the series (so long as Eddie Rosario doesn’t keep playing like Ted Williams on a good day),” analyst Mike Petriello writes.

An Astros championship would also be great news for manager Dusty Baker, a baseball lifer and one of the game’s most colorful personalities, who’s managing in his 11th postseason with his fifth different team, but is still looking for his first World Series ring. Dusty is back in the World Series for the first time since 2002 with the Giants, nearly two decades ago.

For those voters who picked Atlanta, many cited the magical feeling of the Braves’ run through October — after all, postseason baseball is about a lot more than the numbers or who has the advantage on paper.

“Nothing about the Braves’ run, really since July, has made sense,” says columnist Will Leitch. “But they’ve got grown men with goatees and camo gear happily wearing a strain of pearls around their neck this October. Sometimes, everything just falls right.”

How many games will the series last?

The Astros and Braves are coming off big wins over postseason rivals in the League Championship Series — the Astros dispatched the Red Sox, who defeated them in the 2018 ALCS, while the Braves finally beat the Dodgers, who eliminated them last year and in 2018.

Both of those series lasted six games, and MLB.com’s experts are predicting another tight matchup in the World Series. Of the 52 voters who picked the Astros, 38 think they’ll need six or seven games to get the job done.

Here’s how all the predictions broke down:

Most Braves backers also think this is going to come down to the wire, with 22 of the 24 Atlanta voters predicting the series will go six or seven games.

“The Astros are loaded with talent and battle tested, but the Braves are very good themselves and just have some magic to them,” writes editor Bryan Horowitz. “Not to mention, they have the edge in starting pitching; if they can go against the grain and get 6+ strong innings from a couple of these guys it could be a real game-changer.”

Overall, nearly 79% of the voters (60 of 76) think the series will go six or seven games, no matter who wins, and 13 voters think this is going all seven, which is exactly what happened in each of Houston’s previous two World Series appearances, with the Astros defeating the Dodgers in 2017 and losing to the Nationals in 2019.

Who will be World Series MVP?

It’s possible Correa is about to play his final games with the Astros, as the shortstop can become a free agent this offseason. Many of our voters think Correa is going to hit the open market on the highest of notes: with a World Series MVP Award.

More than half (27 of 52) of the MLB.com experts who selected the Astros to win also had Correa as the MVP.

“If Correa thinks these may be his last games in an Astros uniform, he could have a huge series and head into free agency with momentum,” says editor Dan Cichalski.

Correa isn’t exactly a surprising MVP pick. The 27-year-old is an excellent defender at shortstop and already has an impressive postseason resume at the plate, tying for the seventh-most postseason home runs (18) ever and ranking sixth all time in RBIs (55) entering this Fall Classic.

“Despite the Braves’ starting pitching looking to be in better shape than the Astros’, Houston’s big guns will not be denied,” says David Venn, the executive editor of MLB.com’s Spanish-language site, LasMayores.com. “Carlos Correa will put an exclamation point on his Astros tenure with a huge series at the plate.”

Among experts who chose the Braves to win, Freeman, who also can become a free agent after the World Series, was a popular pick for MVP. The anchor of Atlanta’s lineup earned 14 of the 24 MVP votes cast (58.3%) for a Braves player.

Freeman, last year’s NL MVP Award winner and the Braves’ longest-tenured player, will be appearing in his first World Series. The left-handed slugger has registered an OPS over 1.000 in each of Atlanta’s postseason series this year, hitting .294/.455/.618 with three homers, two doubles, six RBIs and 10 walks overall. One of those dingers scored the decisive run in Atlanta’s series-clinching Game 4 victory against the Brewers in the NLDS.

After striking out seven times and going 0-for-8 in Games 1 and 2 of the NLCS against the Dodgers, Freeman reached base at a .632 clip and went down on strikes only once in the final four games of the series.

Who will be the unsung hero?

Anyone can emerge as a surprise hero in October, so there were a lot of players on both sides picked here — that’s kind of the point.

But there were a few players on each side who stood out: for the Astros, reliever Cristian Javier and catcher Martín Maldonado, and for the Braves, reliever Tyler Matzek and shortstop Dansby Swanson.

Javier and Matzek helped carry their teams through the LCS with their work in relief — Javier as an invaluable inning-eater in the middle of games for Houston, Matzek as an electric late-inning arm for Atlanta.

Matzek in particular has been one of the best stories of the postseason — and his clutch work in Game 6 of the NLCS was crucial for the Braves in holding on against a 106-win Dodgers team to reach the World Series.

Maldonado, meanwhile, can change a game behind the plate — in particular with his rocket arm. His strike ’em out, throw ’em out double play to catch Alex Verdugo stealing second and end the seventh inning of the clinching ALCS Game 6 was one of the biggest plays of the series.

And Swanson, who received the next-most votes on the Braves’ roster after Matzek, can often be overlooked in the Atlanta lineup but enters the World Series on a five-game hitting streak. He’s provided some big postseason hits in the past, with three homers in the Braves’ playoff run last October.

These were all the players picked to be the unsung hero of this year’s World Series: