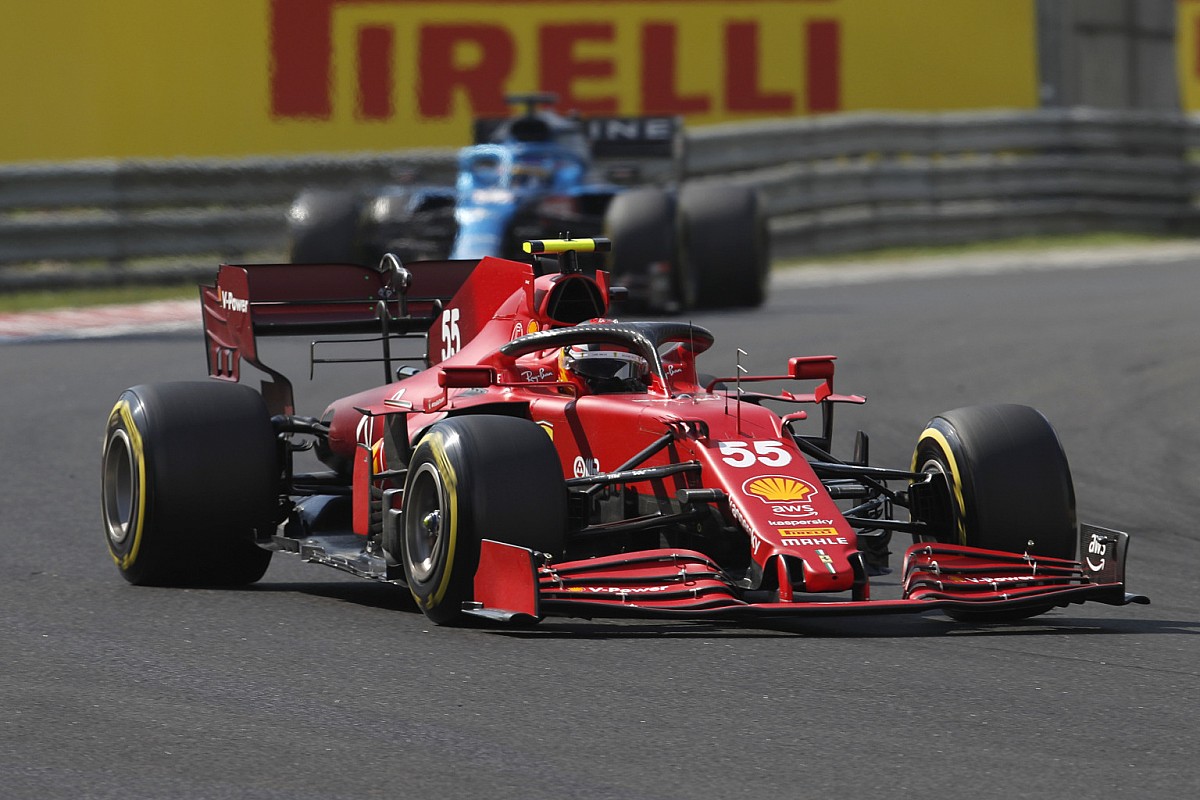 Sainz recovered from a crash in qualifying to rise from 14th to sixth in the early stages of Sunday’s race following the crashes at Turn 1 and the subsequent red flag.

As the Ferrari driver found himself struggling behind Yuki Tsunoda and cars behind started to pit for the undercut, the team gave him the call to box.

But Sainz stressed that he had enough pace still and needed to stay out, with the team allowing him to do so.

Tsunoda pitted soon after and released Sainz into clean air, allowing the Spaniard to carve into the gap ahead of him and get the overcut on the AlphaTauri driver as well as Williams’ Nicholas Latifi.

Asked if he felt at all worried that Sainz had questioned the strategy, Ferrari F1 boss Binotto said there were “no misjudgements” in the strategy, but that it was good they had the discussion and that Sainz made his thoughts known.

“I think we had always good strategies, which have been applied not only thanks to the strategist but thanks to the contribution of the drivers, who are the ones driving the car, and knowing the conditions around the track.

“So I don’t think it’s a misjudgment, because the final call has been done by the strategist. The driver has suggested what was his impression being there, we review our simulation, or our evaluations, [and] we concluded that was the right choice.

“So, overall, [I am] happy [with] the way that this communication is working. And that’s showing how the team is properly working.”

Sainz felt that such debates over the radio were part of his “natural progression” of learning and building his understanding within Ferrari.

“At that point, neither the team or I expected to be so fast on the overcut that I did to these two drivers,” Sainz said.

“I was just very keen on transmitting to them by doing an extra lap that I was, I was going to be very quick. By taking that extra lap, I think we did the right call. The team agreed with me, and, in the end, we did I think the right call.

“We overcut the two guys by doing very good pace, so [I’m] happy that we keep learning together.

“This is the kind of thing that [comes with] more races with the team. We are just going to become stronger, and it’s going to be easier to perform at a higher level once we get to know each other better.”