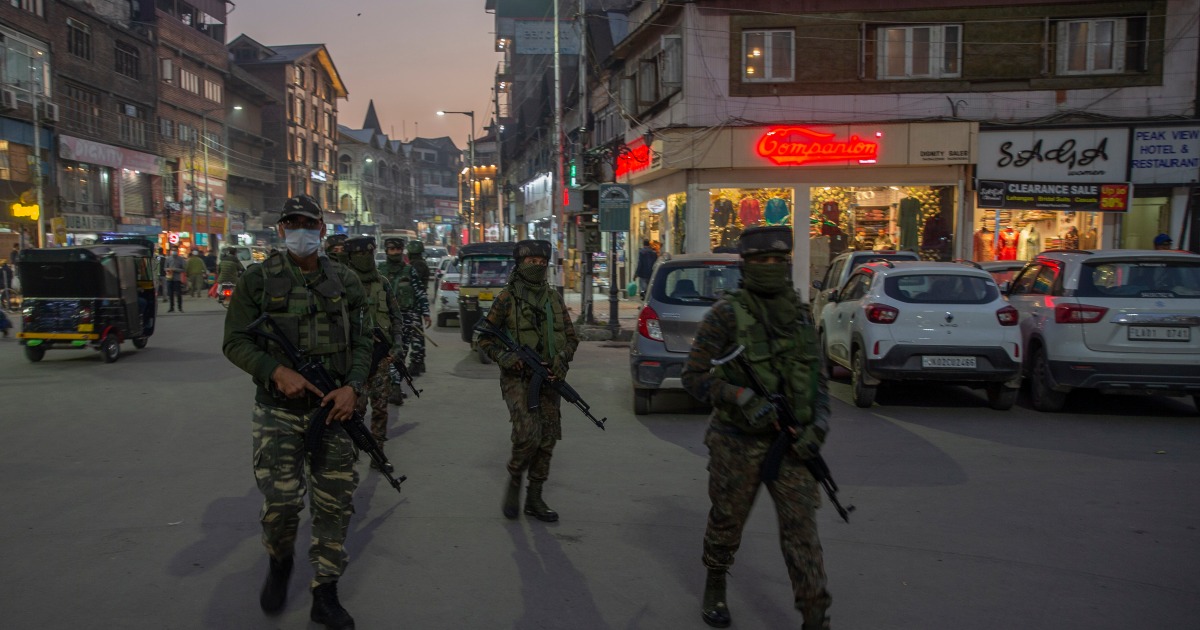 Pakistan thrashed archrival India with a 10-wicket victory in the cricket match held in the United Arab Emirates on Sunday night. India’s loss triggered attacks against Kashmiri students in western Punjab state and a Muslim member of the Indian team was abused online.

Anti-India sentiment runs deep in Kashmir, a Himalayan territory claimed in its entirety by both India and Pakistan who rule over parts of it.

A popular rebellion against the Indian rule erupted in Indian-administered Kashmir the 1990s, with the rebels demanding either a merger with Muslim-majority Pakistan or an independent state.

In such a scenario, an India-Pakistan cricket match evokes strong reactions mainly in the valley, with residents publicly declaring their support for Pakistan to make a political statement.

Following Sunday’s match, there were similar celebrations in the disputed region over Pakistan’s first-ever win against India in a cricket World Cup.

Among those cheering were students from the region’s top medical colleges: the Government Medical College and the Sher-i-Kashmir Institute of Medical Sciences, both situated in the main city of Srinagar. Videos of their celebration outside their residential hostels went viral on social media.

On Tuesday, a senior police official told Al Jazeera that two cases under the Unlawful Activities Prevention Act (UAPA) have been filed against an unknown number of students for causing “insult to the national sentiment during the cricket match”.

No student has been named in the First Information Report (FIR) filed by the police and no arrests have been made so far.

But the move has triggered outrage in the region since it comes a day after more than a dozen Kashmiri students were assaulted by a mob in at least two colleges in Punjab for celebrating Pakistan’s victory against India.

The students alleged they were watching the match in their rooms when people carrying sticks attacked them, seriously wounding some.

The UAPA cases against the medical students were filed following a barrage of online trolling, with some social media users saying the students should be “sent to Pakistan” and denied government jobs in future.

During the 2014 Asia Cup tournament, nearly 60 Kashmiri students were suspended by a college in the northern state of Uttar Pradesh after they celebrated Pakistan’s win over India. The charges were later dropped.

Ravinder Raina, the president of the ruling Bharatiya Janta Party (BJP) in Indian-administered Kashmir, said all those who cheered for “enemy country” Pakistan will be in jail soon.

“Those people who celebrated Pakistanis’ win in Kashmir or any other place, the case has been registered. These people will be identified and they will be behind bars soon,” Raina, who is based in the southern city of Jammu, told reporters.

Mehbooba Mufti, the former chief minister of Indian-administered Kashmir, criticised the attacks on Kashmiris following their reaction to Pakistan’s victory.

“Why such anger against Kashmiris for celebrating Pakistan’s win?” she asked on Twitter.

“One hasn’t forgotten how many celebrated by distributing sweets when [region] was dismembered and stripped of special status,” she wrote, referring to India’s 2019 move.

In August 2019, Prime Minister Narendra Modi’s government scrapped Articles 370 and 35A of the Indian constitution, effectively stripping India’s only Muslim-majority region of its limited autonomy. The move was followed by a months-long security clampdown, the arrests of hundreds of Kashmiris, and the splitting of the region into two federally controlled territories.

Since then, the heavily militarised region has witnessed unprecedented unrest, with at least 39 people, including 12 civilians, 17 rebels and 10 Indian soldiers, killed this month alone.

Tens of thousands of people have been killed in the region since 1990 due to the conflict.

A Kashmiri human rights lawyer, who did not want to be named, told Al Jazeera that shouting “Pakistan zindabad” (Long live Pakistan) after a cricket win is not legally wrong.

“The court will ultimately throw out the case against these students, but under UAPA, it is virtually impossible to secure bail,” he told Al Jazeera.

“It is very immature, insensitive and harsh to impose a stringent anti-terror law on students for a mere celebration, howsoever enthusiastic they may have been.”