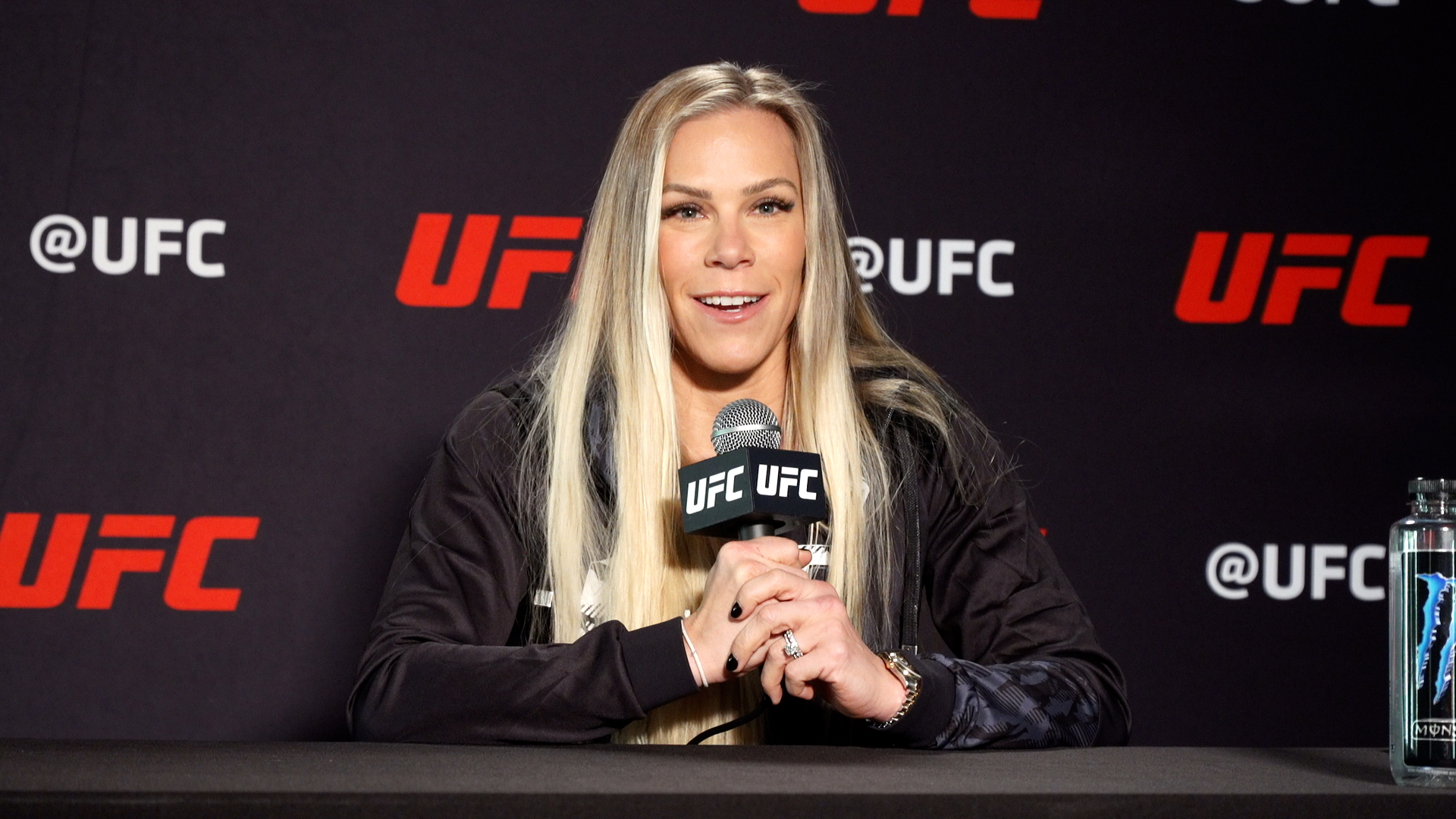 LAS VEGAS – Katlyn Chookagian has been a fixture in the UFC’s women’s flyweight rankings since she returned to the division in 2018 and has willingly taken any fight presented in the time since.

The issue now seems to be what fights there are for her to take.

“The only problem with staying at the top so much is I’m running out of opponents to fight,” Chookagian told MMA Junkie at Wednesday’s media day at the UFC Apex. “You know, I’ve fought like almost every girl in the top 10, and then the girls that are like up-and-comers and doing really well and look good, I’m like, ‘Ooh, I haven’t fought them. I want to fight them.’ They’re like, ‘Well, they’re ranked too low.’ I’m like, ‘Well, then who am I supposed to fight? That’s not my problem,’ so that part is a little bit frustrating.”

Currently sitting at No. 6 in the latest USA TODAY Sports/MMA Junkie women’s flyweight rankings, Chookagian has faced nearly every other UFC athlete on the list at some point in her career, leaving her with very few fresh matchups among top-ranked opponents.

But Chookagian wants it to be known she’s not picky when it comes to matching her up. Want to offer up somebody lower in the rankings? Have at it.

“Absolutely – the lower, the better,” Chookagian said with a laugh. “I mean, I’m cashing paychecks. I would love that.”

While the statement is certainly a bit tongue-in-cheek, Chookagian said it’s also 100 percent true. But it’s not about looking for easy matchups. Those don’t exist in the UFC, really. It’s simply a matter of wanting to stay active and being willing to take on absolutely anyone in the division.

“I get a little chip on my shoulder when I see girls in the division getting hyped up, and I’m like, ‘Can I fight them? Let me fight them. I’m here,” Chookagian said. “I have already fought these people. If there’s anyone that I haven’t fought, you know, of course I want to fight them.

“Seeing them come up, I’m like, ‘All right, cool. That’s someone I haven’t fought yet. Give them to me.’”

Chookagian admits she wasn’t initially thrilled with the matchup but understands it’s her responsibility to face whoever the UFC offers.

“I was just begging since my last fight week after, ‘Can I get another fight? Can I get another fight?’” Chookagian said. “I think when they said Jennifer Maia, I was a little like, ‘Eh.’ If it’s someone you’ve already fought and you’ve already beat, it’s a little less exciting. But for me, I’d fight anyone. I don’t care, and I mean, that fight was a perfect, like, you know, I don’t want to say easy fight. No fight’s easy, but if I want to do a rematch, that’s definitely one I like.”

Should she prove victorious again, there are no guarantees of what comes next. Chookagian had a shot at dominant women’s flyweight champion Valentina Shevchenko in February 2020, suffering a third-round TKO loss.

But Maia is the also last person to push Shevchenko a full five rounds, so Chookagian thinks maybe there’s an opportunity to create some buzz should she score a dominant win.

“I’m realistic,” Chookagian said. “I know no one’s really pushing for a rematch with me for the title right now, especially now there’s a lot of up-and-comers that are having really good performances and girls that haven’t fought Valentina. People probably want to see that a little bit, so obviously, I know if I keep winning, eventually that shot will come again, which is the end goal. That’s what I want, but you know some of the things are out of my control.

“I mean, Maia went five rounds with her. That’s kind of like her stat right now, is that she went five rounds. So maybe, you know, if I get a finish over her, then there could be a little bit of an argument. But you know, the UFC knows that if they ever asked me for a rematch, that’s what I want.”

Until then, Chookagian said she’ll simply keep accepting opponents as they’re offered, but she’d like to let it be known that if there’s any contenders perhaps a little off the radar that want a shot, go ahead and bring it.