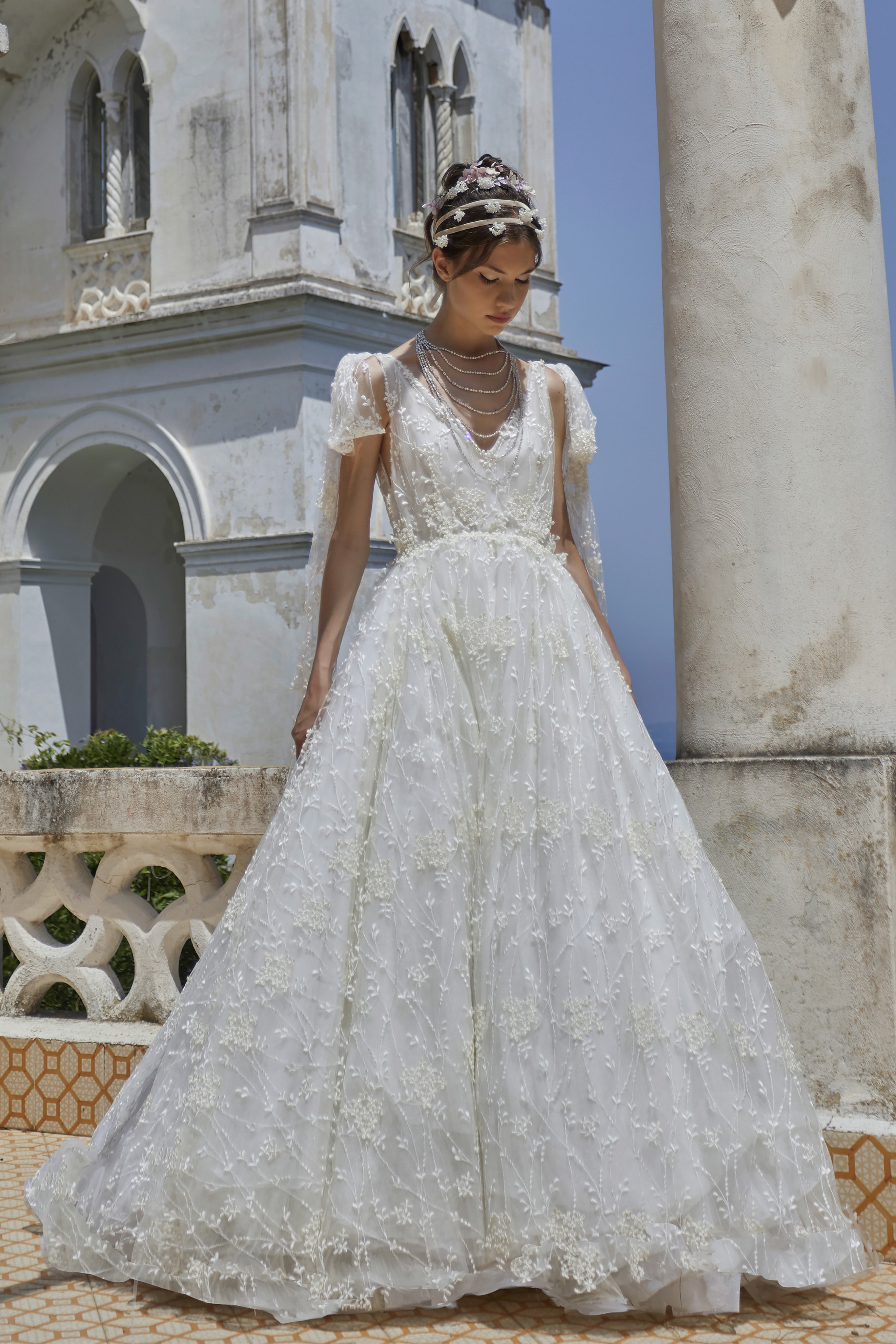 Luisa Beccaria has spent summer holidays in Capri since she was a child. “I know all the hidden charms of this quite magical place,” she said over the phone. Making her ties with the Blue Island even stronger, she recently opened a shop near its famous piazzetta; the couture collection is intended as a further homage to this place of the heart.

Taking cue from Capri’s palette of natural hues— the blue of the sky and the sea; the pink of the sunsets over Faraglioni—romantic ballgowns were a triumph of undulating ruffles and fringes in raw-cut tulle, replicating the reflections on the moon on the water. Elsewhere, scrub flowers mimicking the many scented varieties bordering the Via Krupp’s verdant promenade were appliquéd in 3D on the bodice of ethereal numbers in chiffon. Most of the fabrications and embroideries were upcycled and reassembled from old collections, as Beccaria and her daughter Lucilla believe that their past repertoire is a trove for no-waste, responsible haute creations.

Working with the traditional Caprese goldsmith Chanteclair, established on the island in 1947, the Beccarias designed delicate jewelry pieces in gold and precious stones, nicely complementing their dreamy concoctions. Luisa isn’t new to involving the island’s artisans in collaborations; she had her first fashion pieces—a few mohair jumpers and matching silk cropped capri pants, typical of the style of the island—made by Anacapri craftsmen when she was still a teenager.

With international tourism slowly resuming, the Beccarias are confident that their beloved island will soon become a favorite destination again. The centuries-old culture of hospitality on Capri is legendary. “Foreigners were thought to be messengers of the gods, explorers of the unknown, and thus revered,” she explained. “It’s such a bewitching place, you don’t need to build ephemeral structures or launch preposterous events. The vibe here is naturally magnetic. I’ve never suffered from bad-mood syndrome when in Capri.”