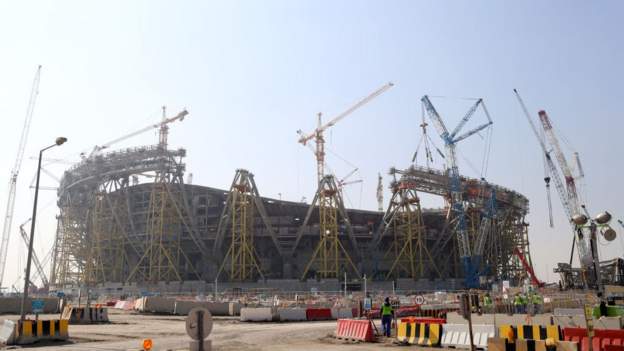 The Qatar 2022 World Cup is predicted to produce up to 3.6 million tonnes of carbon dioxide, according to a report by Fifa.

Football’s governing body had previously outlined a desire for next year’s tournament to be carbon neutral.

More than half of the anticipated CO2 output will be the result of fan, media and team travel, the report states.

The 2018 World Cup in Russia is believed to have created at least 2.1 million tonnes of CO2.

If the 2022 tournament does produce the predicted quantity of CO2, this would be more than some nations produce in a year.

For instance, Montenegro, Iceland and the Democratic Republic of the Congo all produced fewer than 3 million tonnes of CO2 in the year 2018, according to the International Energy Agency.

The report includes the passage that tournament organisers have “pledged to mitigate and offset all of the tournament’s greenhouse gas emissions, while advancing low-carbon solutions in Qatar and the region.”

While the report states travel will create the majority of the CO2, other contributors are predicted to be infrastructure construction and operational elements (24.2%) and accommodation (20.1%)