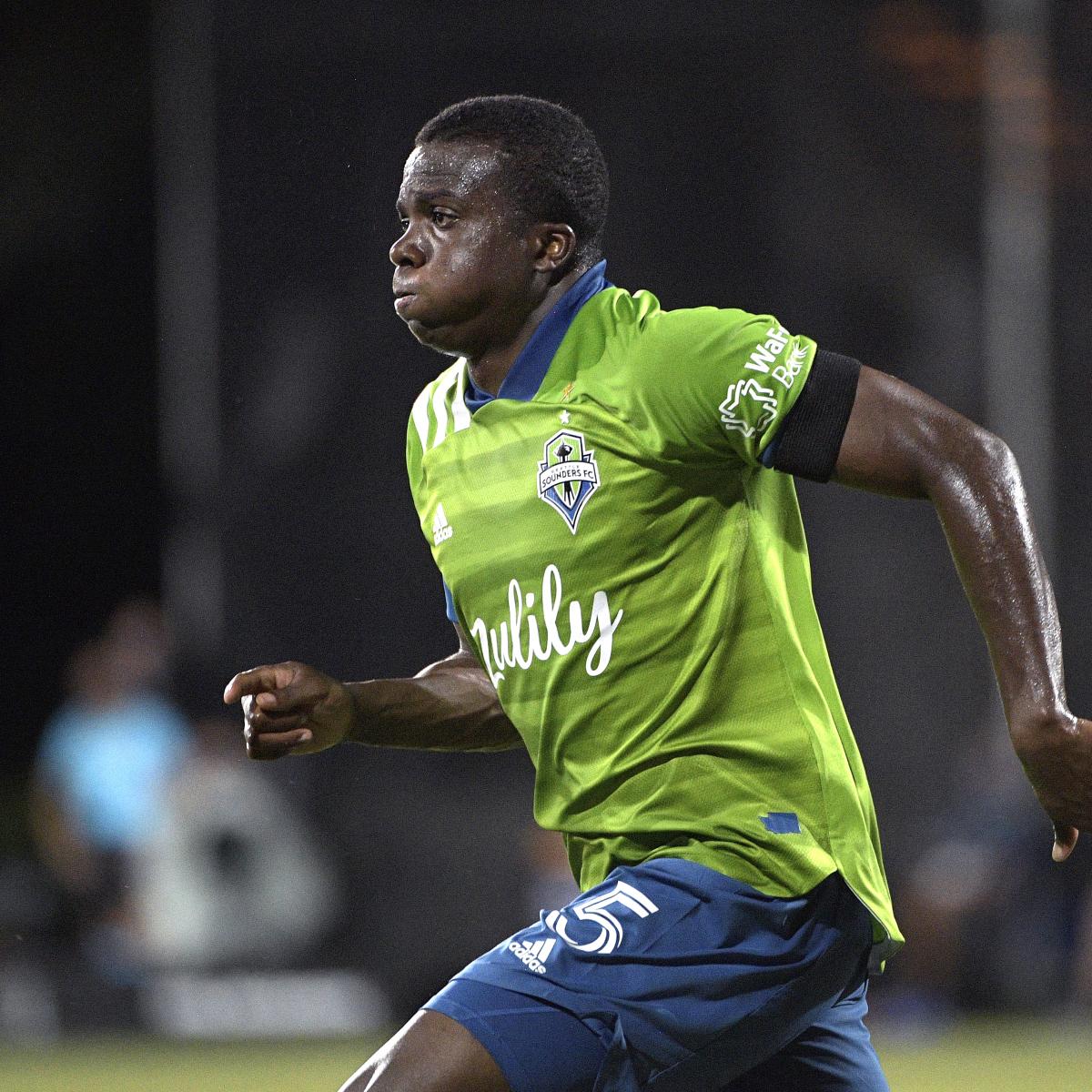 The early part of the 2021 Major League Soccer season has had plenty of standout defensive performances.

The Seattle Sounders are the first team that sticks out because they have allowed a league-best three goals across eight matches, with two of those goals coming off penalty kicks.

Below Seattle in the Supporters’ Shield table, there are eight other clubs that have allowed seven goals or fewer in either seven or eight games.

Six of those eight teams sit in playoff positions and they all boast potential Defender of the Year candidates.

Typically, the postseason awards are handed out to center backs. In the last five years, two fullbacks finished in the top five of the Defender of the Year voting.

The top center backs have commanded plenty of respect and recognition, but there also a few fullbacks that have stood out early on.

Our look into the seven best defenders of the 2021 season took into account the team’s overall concession as well as the individual defensive statistics that focused on how well they are performing.

The New England Revolution received a ton of praise for their attacking capabilities, and rightfully so, since Carles Gil is one of the league’s best chance creators.

Fullback DeJuan Jones quietly put together a solid run of games after a disastrous start with a red card on April 17.

Jones has been heavily involved in the Revs’ buildup, as he had over 70 touches in each of the last four games.

During that stretch, Jones totaled 14 blocks, 13 interceptions and 10 tackles. He completed over 75 percent of his passes in three of those contests.

Jones’ performances helped the Revs hold opponents to seven goals over eight matches. They are one of seven squads that have allowed seven or fewer goals in the East.

Orlando City’s impressive defensive form has been one of the pleasant surprises of the 2021 campaign.

The Lions were not terrible in the back in 2020, as they allowed 25 goals in 23 matches. They are conceding at a much lower rate per game to start 2021.

Kyle Smith is one of the key cogs of the Orlando defensive setup that has let in four goals, which is the lowest total in the East and one off Seattle’s league-best mark.

Smith ranks eighth in MLS with 27 tackles and 20 of those tackles have taken place in the defensive third of the pitch.

In the last two games, Smith turned in season highs in tackles and blocks. He had 10 tackles in a shutout win over Toronto FC and made five blocks versus the New York Red Bulls.

A case could be made that Kyle Duncan is the most in-form fullback in the league right now.

The 23-year-old ranks high in a majority of the league’s top defensive categories despite playing for a defensive unit that has allowed 10 goals to begin the season.

Duncan ranks first in interceptions with 27, sixth in tackles with 28 and 16 of those tackles have resulted in his team winning the ball, which is 14th in MLS. Duncan’s teammate Cristian Casseres Jr. leads the league in ball-winning tackles.

If the 23-year-old continues to play at his current level, he could make an appearance on the United States men’s national team.

Gregg Berhalter is expected to take a MLS-heavy roster to the CONCACAF Gold Cup, and Duncan might be one of the players that forces his way into the squad.

Miles Robinson was not included on the USMNT’s Olympic qualifying roster because Atlanta United did not allow him to go to the tournament. Had he been there, the Americans may have recorded different results.

The Atlanta United center back has been a force in defense for a side going through a transition with Gabriel Heinze in charge.

Robinson has been excellent on the ball for a Five Stripes team that likes to build out of the back. He had a 90 percent pass success rate in each of his last two games and he made an average of 88 touches in his last three appearances.

Robinson’s command of the game makes him one of the most reliable players not only in Atlanta’s squad, but across the league.

Although he did not play in Olympic qualifying, Robinson should be one of the focal points of Berhalter’s Gold Cup roster.

With Aaron Long out for an extended period of time with an Achilles injury, Robinson could be a first-choice center back for the Gold Cup.

The 2020 MLS Defender of the Year is off to a start that would warrant him being a finalist for the award again in 2021.

Nashville SC’s Walker Zimmerman could be the center-back partner to Robinson at the Gold Cup. If their body of work in MLS is any indication, the duo could lead the USMNT to the best defensive record in the competition.

Zimmerman’s club has conceded on six occasions in seven games and it went on a run of four clean sheets in a row before a 2-2 draw with Atlanta to close out the first two months of play.

The 28-year-old does not have an abundance of high statistical totals, like other defenders on this list, because he has been so positionally sound and has not allowed a ton of chances.

The acquisition of Zimmerman from Los Angeles FC before last season may go down as one of the most important in Nashville’s history because it helped get the club off the ground.

Jack Elliott has been one of the most underrated center backs in MLS since he entered the league in 2017.

The former fourth-round draft pick has been overshadowed by a few of his center back partners over the years, most notably USMNT and current Genk defender Mark McKenzie.

Elliott has been consistent to start the 2021 campaign, but his play got overlooked a bit after Jakob Glesnes had one of the best single-game performances of the year against D.C. United on May 23. Glesnes had 14 clearances, three blocks and three interceptions in that victory.

In that same game, Elliott contributed 11 clearances, an interception and a block of his own. He has 64 clearances, 15 blocks and 23 tackles and interceptions through eight games.

Elliott is tied for the league lead in clearances alongside Sean Nealis of the New York Red Bulls and he has helped the Philadelphia Union hold opponents to four goals in league play.

Nouhou Tolo has been the most commanding presence in Seattle’s stout defense.

The Cameroonian defender shifted to center back in a new 3-5-2 system and has turned himself into a Defender of the Year candidate.

The 23-year-old was a reliable force as a fullback in the previous three seasons, but he has looked even better as a central defender in the three-man back line.

Nouhou’s transition to center back has paid off huge dividends for the Sounders, as they have the lowest concession rate in MLS.

Seattle allowed three goals in eight matches and has built up a plus-11 goal differential that could be crucial as a tiebreaker in the fight for the No. 1 seed in the Western Conference.

Seattle’s strong start has come against some of the toughest opposition in MLS. It conceded one goal in 180 minutes versus Los Angeles FC, allowed on goal to the Portland Timbers and shutout red-hot Javier Hernandez and the LA Galaxy.

If the Sounders’ fast start extends into the summer months, it could be the overwhelming MLS Cup favorite with Nouhou being a Defender of the Year and Best XI candidate.