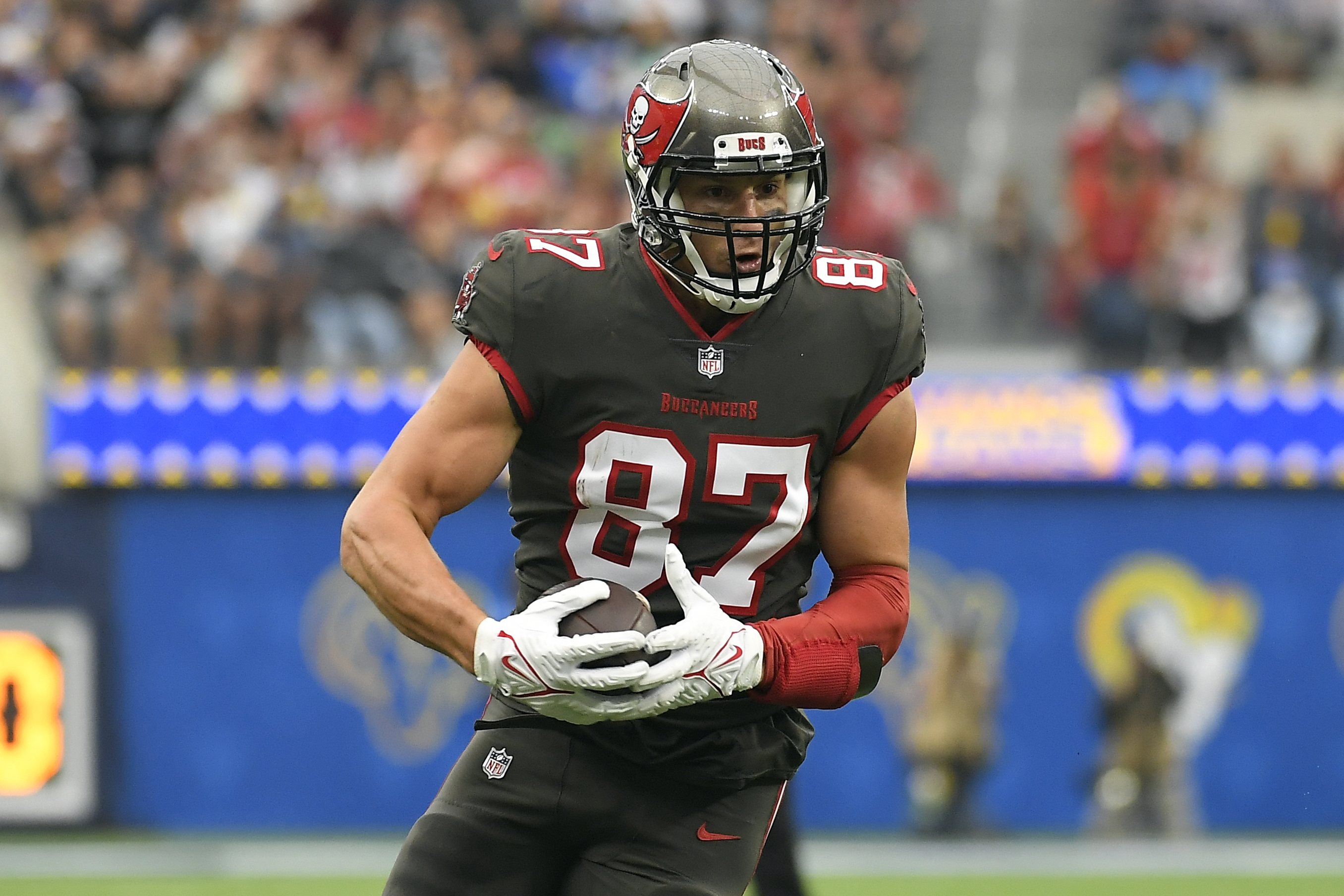 According to TMZ Sports, Gronk and Muhtadi are partnered with a crypto company called Beyond Protocol, and they are gifting Byron Kennedy with 690 tokens, which are worth close to $31,000 in total value.

After Brady threw his 600th career touchdown pass to wide receiver Mike Evans in a 38-3 trouncing of the Chicago Bears on Sunday, Evans accidentally handed the football to a fan.

That led to a Bucs representative speaking with the fan, who then relinquished the valuable commodity:

After Kennedy made the exchange with the Bucs employee, Darren Rovell of The Action Network reported that Ken Goldin, the founder of Goldin Auctions, told him the football was worth $500,000.

As a result, the Buccaneers agreed to give Kennedy the following in return for the football, per Rovell:

JUST IN: The deal has been made with the Bucs fan who gave up the Brady ball.

2 signed jerseys + a helmet from Tom.

A $1K credit at the Bucs team store.

2 season tickets for the remainder of this season + next

Additionally, Brady announced during an appearance on the Manningcast for Monday Night Football (h/t TMZ Sports) that he was giving Kennedy a full Bitcoin, which is worth around $62,000.

In terms of the total value of everything Kennedy has received, it isn’t close to $500,000, but Brady, Gronk and Mojo have helped make it a pretty good haul.