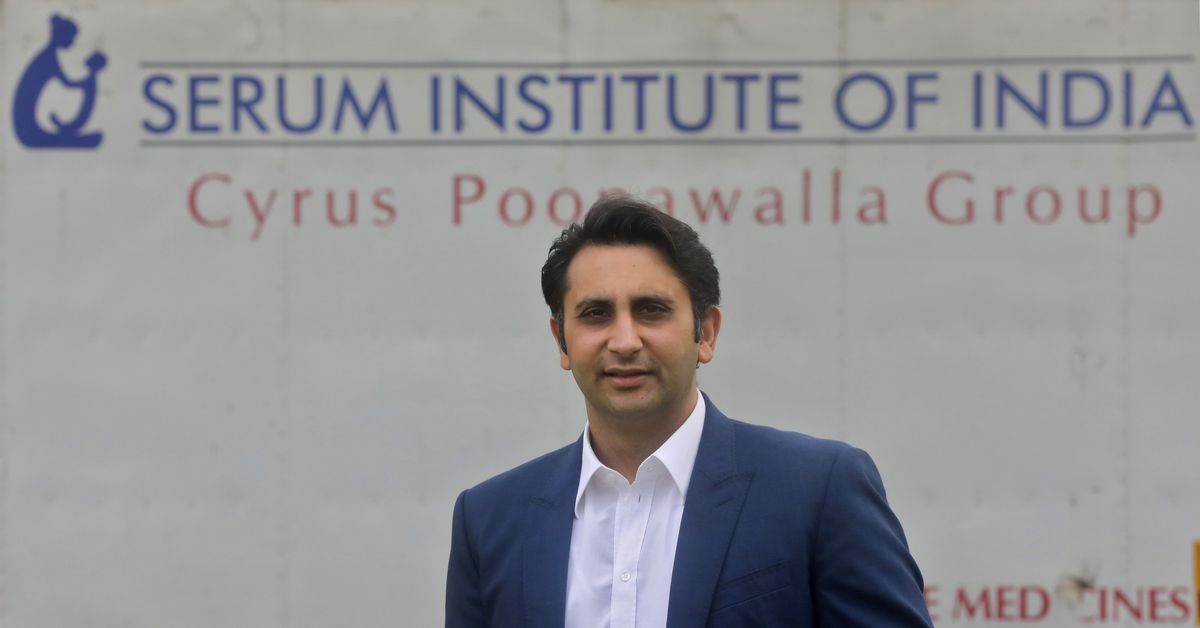 Adar Poonawalla should be a walking advertisement for India’s pharmaceutical prowess. Instead the billionaire owner and chief executive of the Pune-based Serum Institute, the world’s largest vaccine maker, has become a symbol of India’s fraught ties with its private sector.

Before Covid-19, Serum wasn’t a household name even inside the country. Now the unlisted company is India’s best hope to get out of its Covid-19 crisis. New cases tallied 392,488 in the past 24 hours; in Goa state 40% of tests are returning positive. The manufacturer’s monthly production of up to 70 million doses of Covishield, the local name for AstraZeneca’s (AZN.L) vaccine, accounts for 90% of nearly doses administered.

That makes complaints from the 40 year-old Poonawalla, son of the company’s founder, particularly distressing. In an interview with The Times newspaper, he claimed that tycoons and politicians are threatening him in order to secure jabs. India had given Poonawalla security protection days before the Times interview was published on Saturday, in which he said the pressure made him want to remain in London for an extended period. He’s since indicated he will return within a few days.

The root of the problem is New Delhi’s vaccine procurement strategy. India decided in April to allow state governments and private hospitals to purchase up to half of the vaccines stocks, although under the new plan they could end up paying double or more what government has paid. That effectively foists the unenviable responsibility of rationing a limited supply of life-saving vaccines onto private companies. It would be better if the government centralised distribution.

Politicians in some rich countries placed early orders for more jabs than they needed, giving manufacturers greater confidence to ramp up production. Prime Minister Narendra Modi’s administration ordered slowly and only after vaccines were approved. Now India’s attempt to accelerate its vaccination drive will come at other’s expense. The COVAX facility, backed by the World Health Organization for example, was counting on Serum to help supply jabs to lower-income countries where case counts are also rising. Those export deals are now on hold.

Poonawalla hasn’t helped his image by describing smaller profit margins as philanthropy. But a man charged with saving Indian lives is living in fear, and planning further overseas expansion. It’s a terrible look for India.

– In an interview published on May 1 by UK-based The Times newspaper, Adar Poonawalla, owner of India’s Serum Institute, complained of aggression from domestic politicians and tycoons seeking to secure supply of Covid-19 vaccines.

– “‘Threats’ is an understatement,” Poonawalla said. “The level of expectation and aggression is really unprecedented. It’s overwhelming. Everyone feels they should get the vaccine. They can’t understand why anyone else should get it before them.”

– “They are saying if you don’t give us the vaccine it’s not going to be good . . . It’s not foul language. It’s the tone. It’s the implication of what they might do if I don’t comply. It’s taking control. It’s coming over and basically surrounding the place and not letting us do anything unless we give in to their demands”, he added.

– The article added that Poonawalla was in the UK on business and has plans to start vaccine production in countries outside of India.

– After his interview with The Times went viral on Twitter, Poonawalla tweeted indicating that he would return to India “in a few days”.

– For previous columns by the author, Reuters customers can click on