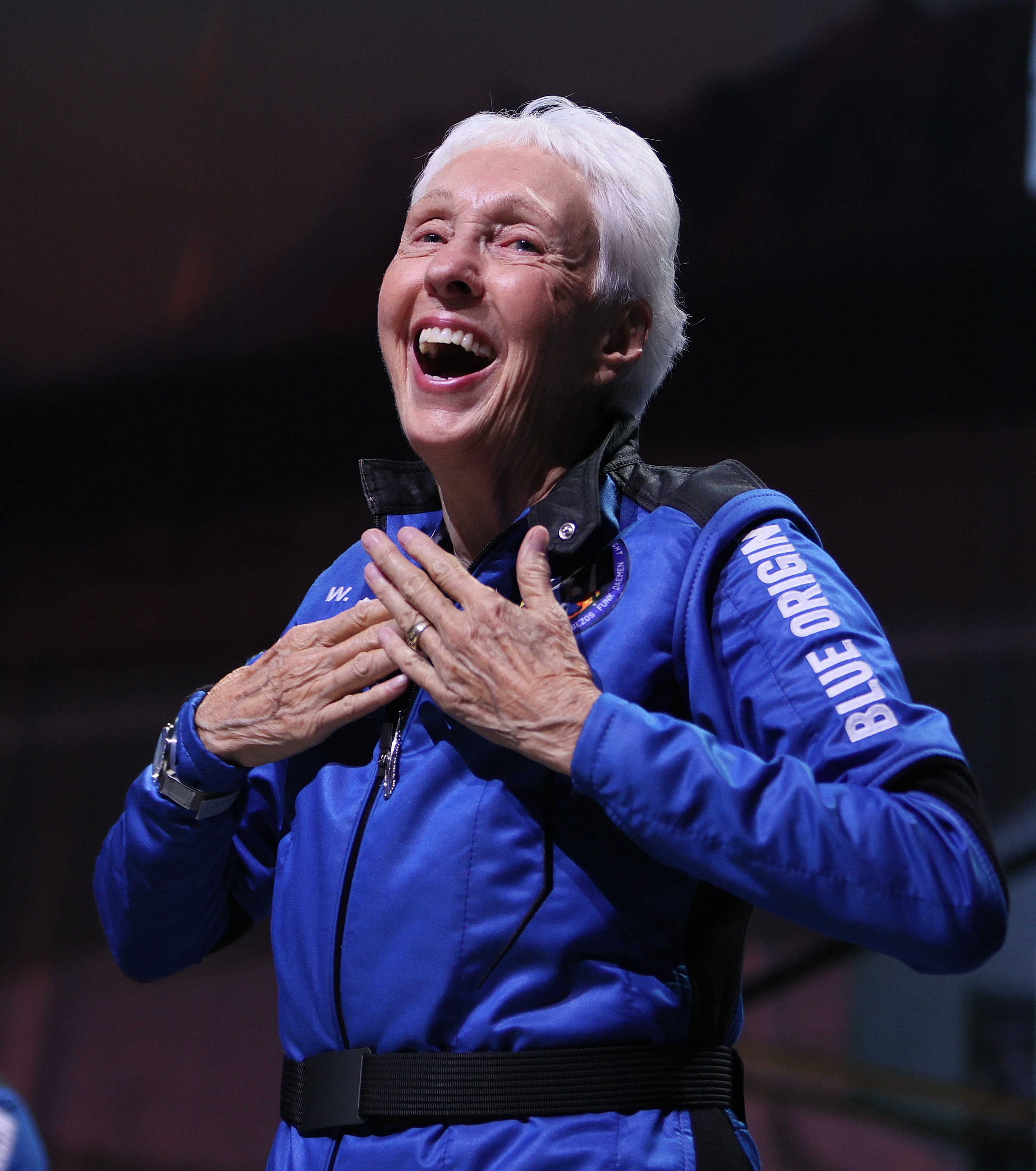 At 82 years old, aviation pioneer Wally Funk finally made it to space. According to Space.com, this makes her the oldest person to ever fly in space.

On July 20, Funk boarded Jeff Bezos’s controversial New Shepard rocket built by Blue Origin. She was asked to join the trip for free alongside Bezos, his brother, Mark, and a paying passenger named Oliver Daemen.

This has been a dream six decades in the making. Per Space.com, Funk has tried to join the NASA astronaut corps four times. She was also one of the female aviators of the so-called Mercury 13, who took the same physiological tests as astronauts. “I’ve been waiting a long time to finally get up there,” she said after the flight, according to Space.com.

“I’ve done a lot of astronaut training through the world—Russia, America,” she said. “I could always beat the guys on what they were doing, because I was always stronger. I’ve always done everything on my own.”

Bezos’s expedition has polarized the internet, but everyone is in agreement that Funk’s going to space is long overdue.

“Regardless of how you feel about tomorrow’s Blue Origin flight, can we just appreciate the fact that Wally Funk is going to space?” one person tweeted.

“Happy Tuesday to Wally Funk and Wally Funk only,” added someone else.

“Regardless of how you might feel about Jeff Bezos personally or the billionaire space race, today we should all be happy for *absolute legend* Wally Funk finally getting to fly into space—decades after proving she was more than qualified,” tweeted a third person.

Bezos announced Funk would be joining the flight on July 1. “No one has waited longer,” he wrote. “In 1961, Wally Funk was at the top of her class as part of the ‘Mercury 13’ Woman in Space Program. Despite completing their training, the program was cancelled, and none of the thirteen flew. It’s time. Welcome to the crew, Wally. We’re excited to have you fly with us on July 20th as our honored guest.”