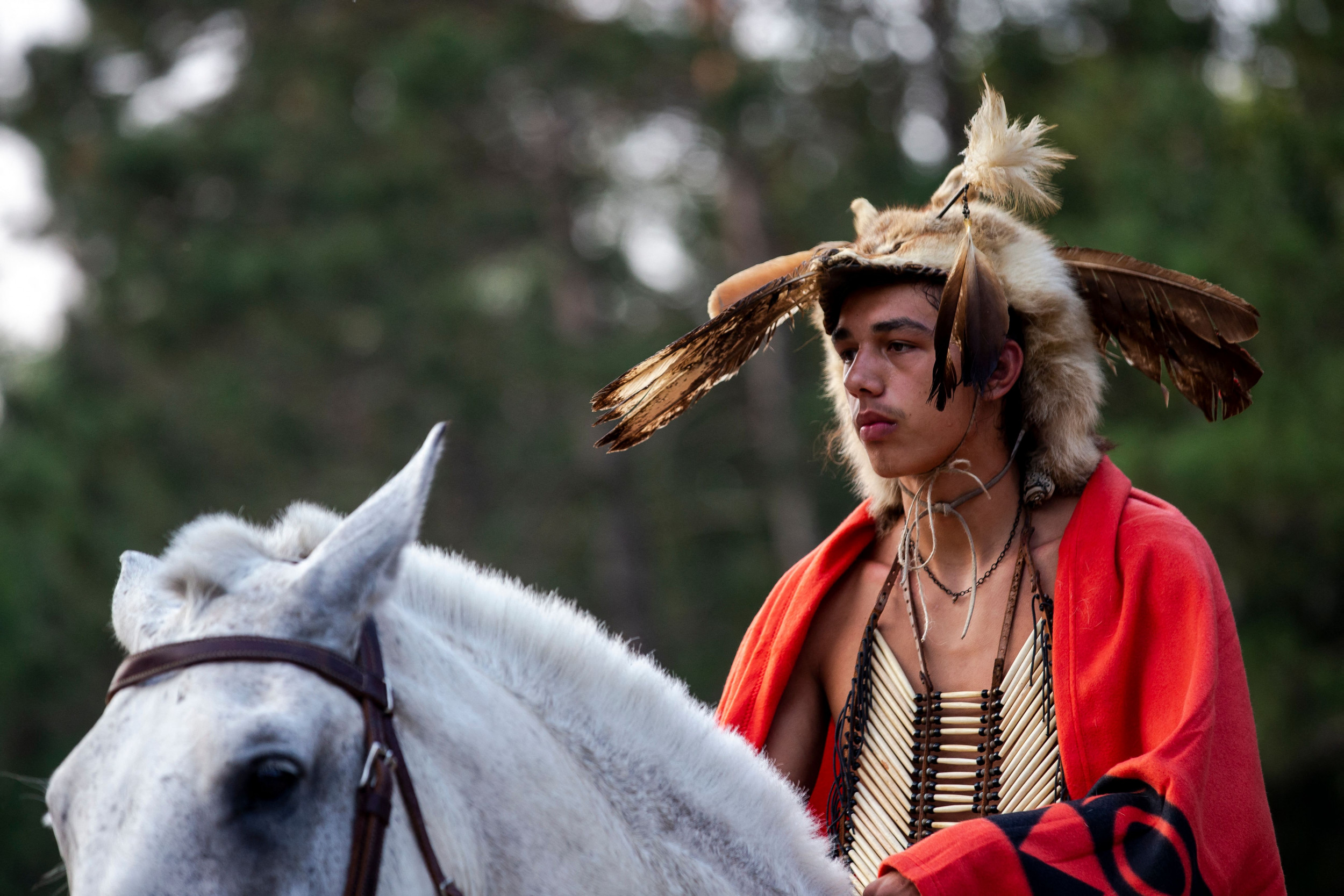 Columbus Day has been celebrated for centuries to commemorate Christopher Columbus’ landing in the New World on October 12, 1492. The federal holiday is marked on the second Monday of every October and falls on October 11 in 2021.

The first recorded celebration of the day was on October 12, 1792, the 300th anniversary of Columbus’ landing.

By its 400th anniversary, it was declared an official holiday following a proclamation in 1892 from former U.S. president Benjamin Harrison, who described Columbus as “the pioneer of progress and enlightenment,” the U.S. Library of Congress explains.

However, recent years have seen some states rename Columbus Day as Indigenous Peoples’ Day to honor Native Americans who predate Columbus in the New World.

What Is Indigenous Peoples’ Day?

Indigenous Peoples’ Day celebrates the history and culture of Native people in the U.S., recognizing them as the first inhabitants of the Americas before Columbus arrived on San Salvador Island in the Bahamas.

The day is observed either in place of or in addition to Columbus Day in some parts of the country.

Why Was the Name of Columbus Day Changed?

Generations of Native Americans have protested Columbus Day, calling for its renaming because “the colonial takeovers of the Americas, starting with Columbus, led to the deaths of millions of Native people and the forced assimilation of survivors,” a joint blog post by Dennis W. Zotigh (a cultural specialist at the Smithsonian’s National Museum of the American Indian) and Renée Gokey (a teacher services coordinator at the museum) explained.

Back in 2001, the U.N, noted: “In the New World, white European colonizers arrived and settled suddenly, with drastic results. The indigenous peoples were pushed aside and marginalized by the dominant descendents of Europeans. Some peoples have disappeared, or nearly so,” in a report ahead of the 2001 World Conference against Racism, Racial Discrimination, Xenophobia and Related Intolerance.

The report said estimates showed the 15th century or “pre-Columbus” population of North America at around 10 to 12 million and by the 1890s, it was reduced to around 300,000.

The international indigenous movement began to take shape in the 1970s. Participants at the 1977 United Nations International Conference on Discrimination Against Indigenous Populations in the Americas proposed that Indigenous Peoples’ Day replace Columbus Day, according to the Smithsonian museum.

Earlier this year, Joe Biden issued a proclamation declaring May 5, 2021 as Missing and Murdered Indigenous Persons Awareness Day, as “thousands of unsolved cases of missing and murdered Native Americans continue to cry out for justice and healing,” the president said in a White House statement released on the day.

“We recognize there is a level of mistrust of the United States Government in many Native communities, stemming from a long history of broken promises, oppression, and trauma,” the statement said.

Where Is Indigenous Peoples’ Day Celebrated?

The movement to replace Columbus Day with Indigenous Peoples’ Day gained traction over the years in parts of the country. Many individual cities, such as New York City, Washington, D.C and Boston, have also joined the movement.

Below are some of the states where Indigenous Peoples’ Day is celebrated instead of or in addition to Columbus Day, according to the National Museum of the American Indian: