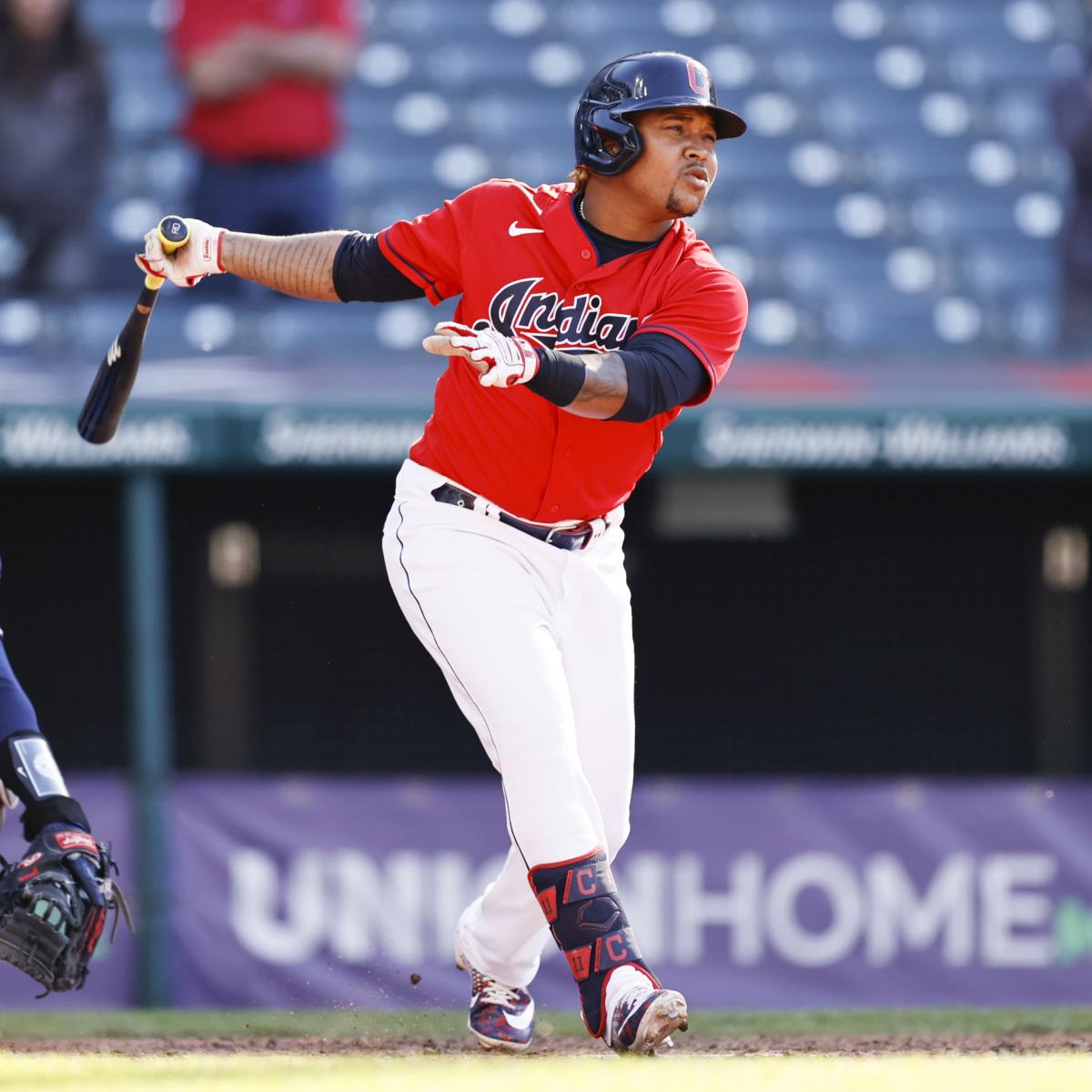 There will be no shortage of speculative trade content written during the upcoming MLB offseason, and much of it will center around the same handful of names and potential landing spots.

Before the hot stove starts cooking, we thought it would be fun to throw out a few outside-the-box trade ideas to get the ball rolling.

The idea here was not necessarily to focus on trades that are likely to happen, but instead to highlight a few wild ideas that could be logically justified for all involved.

Have your own wild trade idea?

Share it in the comments, and I’ll give you my thoughts on the proposal.

To DET: 2B Jeter Downs

Right-hander Matt Manning was No. 18 on the preseason list, and while he made his MLB debut with the Tigers in June, he struggled to a 5.80 ERA and 1.51 WHIP with just 57 strikeouts in 85.1 innings as a rookie.

A swap of the two could fill a need for both clubs.

The Tigers have a bright future with several promising young arms and rising prospects Spencer Torkelson and Riley Greene set to anchor the lineup, but the middle infield spots remain a major question mark.

The Red Sox need controllable pitching, and with Nick Yorke emerging as the second baseman of the future and Enrique Hernandez around to man the position in 2022, Downs could be viewed as expendable.

Despite their struggles in 2021, both players have provided reason for optimism.

Downs is off to a 6-for-18 start with four home runs in five games in the Arizona Fall League, while Manning tossed five scoreless innings of two-hit ball against the Chicago White Sox in his final start of the year and had four quality starts after the All-Star break.

Two years later, a change of scenery might be the best thing for everyone involved.

Still just 24 years old, Torres has a punchless .366 slugging percentage in 676 plate appearances in the two years since his 38-homer explosion. He went deep just nine times in 516 trips to the plate in 2021, and the limited offensive value he did provide was undercut by his poor defense at shortstop.

Sanchez, 28, has likewise struggled at the dish the past two years with a .187 average and 90 OPS+ in 618 plate appearances. His defense has always left something to be desired, so his value hinges largely on his offensive production.

The two players are projected to earn a combined $13.8 million in arbitration in 2022, and while they are both still young and talented enough to bounce back, a trade might be necessary for that to happen.

The Marlins are the perfect team to buy low with a glaring need at catcher and incumbent shortstop Miguel Rojas entering the final year of his contract. They need offense, and this is a creative way to potentially add some serious thump.

The Miami system is loaded with young pitching talent, making it easier to part with hard-throwing Kyle Nicolas and right-hander Zach McCambley, who both rank as second-tier arms with upside. With Monte Harrison and Magneuris Sierra both out of minor-league options and the Yankees in need of center field depth, adding one of those young outfielders to the package is also a logical fit.

The Reds were a logical landing spot for Didi Gregorius last offseason before he re-signed with the Phillies on a two-year deal. Now, after he slumped to a .209 average and 71 OPS+ in 103 games, the Philadelphia front office has made it clear he won’t simply be handed the starting shortstop job next year. Third base also became an unexpected hole in Philadelphia when rising star Alec Bohm failed to match his rookie success and found himself demoted to Triple-A during the second half.

Meanwhile, after receiving MVP votes in 2018 and 2019 as one of the most productive power hitters in the game, third baseman Eugenio Suarez has taken a step backward for the Reds. He still slugged 31 home runs in 2021, but he did it with a .198 average and minus-0.7 WAR.

Would a swap of the two make sense for both teams?

Looking at the financial side, Gregorius is owed $15.3 million in the final year of his contract, while Suarez is still signed for another three years with $33.9 million on the books. It would be a net gain of roughly $4 million in payroll space for the Phillies in 2022, but with an additional two-year, $22.6 million commitment.

If the Reds were to pay down half of his remaining salary in 2023 and 2024 it would amount to a $5.3 million AAV roll of the dice on hoping Suarez returns to his previous level of production. The Phillies could eventually shift Bohm to first base and try to trade Rhys Hoskins who is approaching free agency.

The Reds would gain a useful mentor for young shortstop Jose Garcia, and could use Gregorius at third base along with Mike Moustakas once Garcia is ready for the everyday gig. Getting out from under the final two years of Suarez’s contract could also make it easier to fit a new deal for Nick Castellanos on the books if he decides to opt out.

Jackie Bradley Jr. is owed $17.5 million through the end of the 2022 season when his player option for next year and the buyout on a mutual option in 2023 are both taken into account.

Wil Myers will earn $22.5 million in 2022 in the final season of a six-year, $83 million contract, and he has been relegated to a part-time role on a loaded San Diego roster.

The Brewers have potential holes to fill at first base and in right field if Avisail Garcia does not return on a mutual option, and while Myers would be a significant addition to the payroll, it’s only a $5 million bump if Bradley is sent the other way. The 30-year-old had a 113 OPS+ with 17 home runs and 63 RBI in 2021.

Why in the world would the Padres agree to take on Bradley with his 34 OPS+ and minus-0.7 WAR?

If it meant adding Josh Hader to a bullpen that only converted 43 of 71 save chances, it might be a move worth seriously considering.

With Bradley and Myers essentially cancelling each other out, the question becomes what else the Padres would need to include in the trade package to acquire Hader.

Top catching prospect Luis Campusano would give the Brewers a backstop of the future with All-Star potential. Eguy Rosario (.815 OPS, 46 XBH, 30 SB at Double-A) and Efrain Contreras (109.2 IP, 3.61 ERA, 122 K at Single-A) could both slot into the top 10-15 prospects in the Milwaukee system.

There are a lot of moving parts here, but both teams stand to benefit greatly.

To TOR: 3B Jose Ramirez

After Francisco Lindor was traded to the New York Mets last offseason for Amed Rosario and Andres Gimenez, many Cleveland fans in the B/R app have been quick to shoot down any trade proposal that includes more middle infield talent, saying it’s not an area of need.

Players change positions all the time. When a team is trading a superstar player, they try to acquire the best possible package of talent, and let playing time and future positions sort themselves out when the time comes.

That’s what Cleveland will do if they decide to trade Jose Ramirez this offseason, and it would be tough to top this hypothetical offer from the Toronto Blue Jays.

Cavan Biggio struggled in 2021, but he was a 5.0-WAR player through his first 159 big-league games, and he’s controllable through the 2025 season. He would plug in immediately at third base.

Shortstop Orelvis Martinez was No. 41 on B/R’s final Top 100 prospect list, while Adam Kloffenstein and CJ Van Eyk are two of the top arms in the Toronto system with middle-of-the-rotation upside and the potential for more.

It’s a steep price to pay, but imagine adding Ramirez to a lineup that already includes Vladimir Guerrero Jr., Bo Bichette, Teoscar Hernandez, Lourdes Gurriel Jr. and George Springer. It would effectively replace Marcus Semien’s offensive production at a lower cost, allowing for more money to be spent on retaining Robbie Ray and other additions to the pitching staff.

This would be the blockbuster of the offseason, and it’s not out of the realm of possibility.

All stats courtesy of Baseball Reference and FanGraphs.