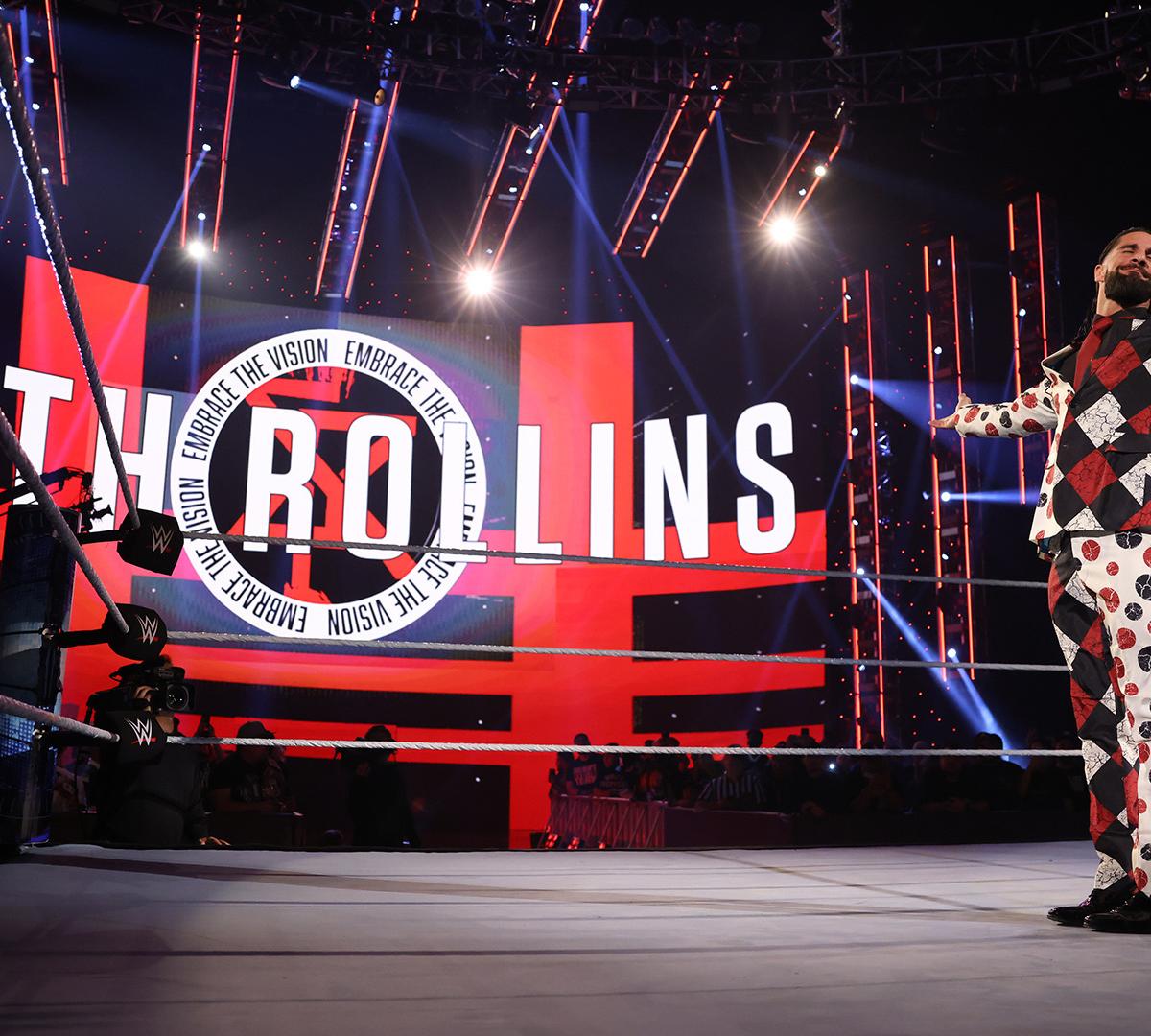 WWE ushered in a new era on its Raw brand Monday, with the introduction of new faces and stories for fans to follow through the end of the year.

Who stepped up to challenge Big E for the WWE Championship? Would RK-Bro find finality with AJ Styles and Omos as they battled for the red brand’s tag team titles? What direction would the women’s title picture take?

Those questions and more awaited on the October 25 episode of WWE’s flagship show.

The next contender to Big E’s WWE Championship will be determined later tonight in a Fatal 4-Way Ladder Match featuring four former world champions in Seth Rollins, Rey Mysterio, Kevin Owens and Finn Balor, Sonya Deville revealed in a blockbuster announcement to kick off the show.

The former champions kicked off this new era of Raw by interrupting Big E and staking their claims to the No. 1 contendership.

Rollins sent the segment spiraling by attacking Owen’s, sparking a brawl that ended with the announcement of said main event.

Longtime wrestling fans could have booked this one without thinking twice. It was very much in line with WWE booking tendencies and while that isn’t necessarily a bad thing, it does set up three stars to lose on their very first night on Raw.

The match will probably be awesome based on the talent involved, but booking a ladder match out of the blue seems like a dangerous, unnecessary ratings grab.

Dolph Ziggler and Robert Roode benefited from outside interference from Omos, who weakened Montez Ford and left Angelo Dawkins without a tag team partner in a Triple Threat Match that also involved Otis and Chad Gable.

Ziggler and Roode, veteran competitors, seized the opening and delivered a fameasser-spinebuster combination for the win and a shot at Riddle and Randy Orton’s Raw Tag Team Championship later in the evening.

Ziggler and Roode defeated The Street Profits and Alpha Academy

The psychology employed by Alpha Academy, including Otis pulling Ziggler off of Ford at one point and dragging him into the corner so he could tag himself in for the pin attempt, was excellent. Otherwise, the chemistry of the three teams was on full display.

The Street Profits, in particular, are just so good at bringing raw energy and excitement to their performances. They are the perfect option to work alongside a stale Omos and Styles pairing that could use a spark.

Ziggler and Roode are a solid tag team, established competitors and should work very well with Orton and Riddle, who are a surprisingly great tandem.